i am taking 150 mg Zyban (Bupropion) for a month and it works very good:

But there are also non-sexual effects:

Anhedonia disappeared
I can feel pleasure again
Fatigue is much better, i have more energy
i can motivate myself better
I don´t have any desire for Sweets or salty things

I am convinced that the main reason for the good results is the dopaminergic effect of Bupropion.
I don´t know if Bupropion is a possibel Cure for PFS. But it improves the Symptoms that are caused by PFS. I quit Propecia in Jan. 2008. I have tried many natural things. But Nothing really worked for me.
I will continue with 150 mg of Zyban/Bupropion. After 9 month i will try to taper off and then i will see if PFS returns again or not. If PFS won´t return again, then i will make a post on Propeciahelp and claim for me to be cured. At the moment it is too early to claim a victory over this damned syndrome.
I wish you luck Tomas. Don´t give up.

can someone PM me where can I order bupropion. I saw its available on kiwidrug, but maybe there are cheaper sources ?

here in Germany Bupropion is also prescribed as a drug for people who want to quit smoking. It is called Zyban. It contains 150 mg of Bupropion. That´s what i am taking. You get it with a private recept from your doctor.

@axolotl @awor any reason why this might be helping?

There have been mixed experiences on wellbutrin. I’d say that in bad cases it has made people worse, but in people that are not so severely affected, it has helped some.

I believe tribulus has cured me!

I also tried bupropion a while back, and it did not do me good. A recent study done on mice found:

Hence I would be at least cautious in recommending bupropion to our patients, but as usual, YMMV

Wellbutrin, has anyone tried?

I tried Wellbutrin (Bupropion) and after a brief improvement, it made me worse. I do not believe that antidepressants are of help in our situation, and mostly see the risk that they can make us worse. But maybe some will benefit, idk.

I’m off Wellbutrin as it was making things worse, amplifying my anxiety/depression etc

Does Buproprion help with the anhedonia and ED associated with PFS?

I just tapered off of Wellbutrin. It was definitely improving my mood and outlook on life but I feel it worsened anxiety for me and also started to feel like it made some of my sexual symptoms worse (less libido and longer time it took to ejaculate).

He is also talking about wellbutrin:

i stopped a while ago after a couple of months. i think my brain fog ultimately became worse, honestly

i want to post two links, that could explain why Bupropion (and other dopamin agonists) works for libido and other non-sexual dopamin-dependent functions (at least in my case). 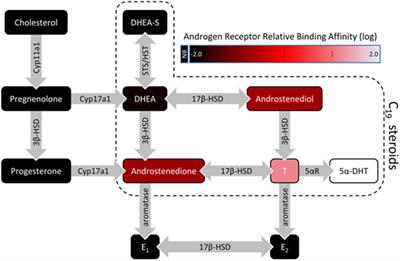 Androgen Regulation of the Mesocorticolimbic System and Executive Function

Multiple lines of evidence indicate that androgens, such as testosterone, modulate the mesocorticolimbic system and executive function. This review integrates neuroanatomical, molecular biological, neurochemical and behavioral studies to highlight...

Estrogen receptor alpha (ERalpha) is believed to be a critical part of the regulatory processes involved in normal reproduction and sexual behavior. However, in this study we show the ERalpha is not required for display of masculine sexual behavior. Male and female, ERalpha knock-out (ERalphaKO) and wild-type mice were gonadectomized and implanted with testosterone. Sexual behavior and social preferences were tested after injection of the dopamine agonist, apomorphine (APO), or vehicle. All wild-type mice showed normal masculine behavior, including mounts and pelvic thrusts in females, and ejaculation in males. In agreement with past reports, ERalphaKO mice, given vehicle, failed to show mating behavior. Yet, ERalphaKO males given APO showed masculine copulatory behavior and chemoinvestigatory behavior directed at females. ERalphaKO females, treated with APO, mounted and thrusted when tested with receptive females. HPLC revealed that wild-type and ERalphaKO mice had equivalent catecholamine content in brain regions associated with masculine sexual behavior. These data show that the ERalpha is not essential during development or adulthood for the expression of masculine sexual behavior in mice. Moreover, dopamine can activate sexual behavior via a mechanism that either acts on an ER other than ERalpha or via an estrogen-independent pathway.

In my modest opinion the two most important messages are:

That´s why i believe that Bupropion works for me. (At least at the moment. I hope it will last.)

Thanks for your feedback!
This is great news indeed. Please keep posting in the future either eith good or bad results…it is always good to know how it affects to different people.
I had heart that wellbutrin can help our situation from a doctor who knows about pfs…and i do still think this as a possibility.

Agreed. As far as things go Wellbutrin is definitely something I am strongly considering. Naturally I’m still quite cautious as to any negative effects it may exert.

I have waited over 10 years until i decided to try it on a pharmacological way. I lost 10 years of quality of life. I wish i would have decided earlier to take Zyban/Bupropion. Now i feel alive again after years. The possible adverse effects of Bupropion are Nothing compared with the negative effects of this Poison called Propecia. At the moment i don´t notice any negative effect from Zyban. Perhaps a bit of decreased appetite. That´s all.

Hey Chris! So you’ve been on bupropion for a month now, right? Did you take the XR or SR formulation? Have you noticed a change in your sleep at all, for better or worse?

Hallo, fortunately i never had problems with sleeping. I take Zyban. I don´t know what kind of forumulation it has. But Zyban doesn´t cause me any sleeping problems. By the way, are you from Spain?

No sir, I am from the states. I speak Spanish, however!

I would like to mention one more thing. It is known that active substances like Bupropion and many other drugs like L-Thyroxin, antipsycotics (dopamine-antagonistic drugs) etc. can have stronger or minor effects depending on the formulation, the dosis and the Company that produces this drug. I don´t know if this phenomenon could also be found in Bupropion. So perhaps 150 mg Zyban has another efffect than 150 mg Bupropion from the company X or 150 mg Wellbutrin XR or SR. And also it is important to know, that if you double the dosis from 150 mg to 300 mg, that doesn´t automatically mean a double effect. In some cases in could have an inverse effect. So if we want to compare the effects of Bupropion to us, we should take the same drug from the same company. Don´t get me wrong: I don´t want to make any advertisement for Zyban. But we should be aware of this mentioned phenomenon.

Thanks for mentioning that! It’s important to know the differences in formulation when comparing users experience with a treatment. Appreciate your input, @Chris74 and I hope you have continued success and health with your treatment

I’d like to hear the experiences any others who have taken or continue to take Wellbutrin to chime in here if possible.

There are a whole gamut or possible treatments and protocols, ranging from herbs to aggressive options like hormones and drugs which directly affect hormones.

Wellbutrin seems to me to be quite benign in terms of potential downside while likely boosting the mood (at the very least) of the user. It’s mechanism of action is reasonably well understood. I think almost all PFS sufferers could do with a mood boost.

I took WB for 7 years. I honestly don’t feel comfortable expressing any opinion about it in the context of PFS (although in any other context I would absolutely advice against it). It is a horrible thing to be on it (I’ve written about it before) but PFS might be even more horrible so I don’t know… All I’ll say is, if you decide to take it, try to be on the lowest possible effective dose, which is a quarter of a 150mg pill. The XR/SR release doesn’t matter at such a dose.

Attention! It is strictliy forbidden to divide the pills, because Bupropion is released over 24 Hours. If you divide the pills, the extended release is destroyed and you have a higer risk of adverse effects including epileptic attacks.

Please don´t give such an advise to the people here. Thanks.

What you say about cutting the pills is true and people need to be aware of that.

However, when I gave this advice, I took into account the pharmacokinetics of the drug, which I have tested extensively over a 7 year period. A lot of other things go into this advice, which you or the authors of the official studies may not be aware of - most importantly, the negative psychological effects of a steady and high dose of WB in the form of 150 or, god forbid, 300mg.

A quarter of a pill in the morning was the best dose for me. This is a dose that punches above its weight, precisely because it reaches a temporary concentration similar to the one reached by a higher XR dose, as the drug is released faster, and yet it is small enough not to cause problems. It is a way of experiencing the benefits of WB at least part of the day at the lowest possible overall dose.

For beginners I would advice starting with 1/8 of a pill until the organism gets used to the drug, which unfortunately happens very fast. I say unfortunately because this is how the drug loses its effectiveness. In fact, I would advice skipping doses on days when you don’t necessarily need a lot of motivation in order to preserve effectiveness (and minimize side effects).

A quarter of a pill in the morning, while giving you a punch to get you started in the day, is not enough to keep you revved up all day. It is important, in my opinion, to lower the drug concentrations later in the day and have a clearer mind at least some of the day.

No doubt the higher (regular) dose of 150mg will be more effective but it will also have a lot more negative psychological effects (again, I have written about this before), which most people, unfortunately, are not going to notice while they are under the influence of the drug.

in my case 150 mg per day works good. I am now taking it for 30 days and i don´t feel a decrease of effect. I hope it will last.