I will put here theories that I think make sense TO ME. For God’s sake, I’m not suggesting any protocol to anyone, and I don’t even have the skills. I am not recommending anything to anyone. Listen to the advice of the people most prepared for this, who are our administrators and moderators. Nothing that will be said here can be taken as absolute truth, as it is just my point of view when trying to connect the dots.

In this endeavor that we all know about looking for things on the internet as a psychopath to improve PFS, I have found that thousands of people around the world have exactly the same sexual symptoms as us in different ways. No, we don’t just have “lack of libido” and “lack of erection” in common. There are in common too the classic physical problems and change of appearance of the penis, in addition to the libido problem and lack of erection obviously.

How many of you have heard of “hard flaccid syndrome” and “large flaccid syndrome”? These are two syndromes VERY correlated with ours (only in the sexual part), or even consequences of PFS.

According to the user “HFrecovering” of the PEGym forum, long-suffering from both syndromes (alternating the frequency of each), it’s causes are:

A slight pain or discomfort is felt continuously in patients with these two syndromes, in addition to severe ED and lack of libido. The appearance of the penis also changes dramatically, as in our case.

In our case, I believe that we have injured one of these two muscles (or both) with the overexpression of androgen receptors or enzymes present in them.

In a second theory, these muscles (one or both of them) may have been damaged by the lack of neurosteroids, and they contracted, tensioning very abruptly and continuously. This would be a damage to our CNS, which often explains the stress intolerance of many people with PFS and neurological symptoms (we also need to remember that normally those who have PFS already had a history of depression, with perhaps a willingness to stay neurologically " worsened “after the 5AR blockade). That is, we are” genetically predisposed "to this.

This is where PFS scientific studies would come in.

Thus, in addition to being chemically damaged, they also ended up being mechanically tensioned, preventing the correct functioning of the nerves and preventing the production of NO and blood circulation. Of course, this also affects libido as well. There has been cataloged in science the “pudendal neuralgia”, which is when the nerves in this region are prevented from functioning normally, and this causes an erectile dysfunction similar to ours.

The gut and pelvis produce effects on our body that a layperson could never imagine (autoimmune, sexual, overall health). This is “weird”.

Some people have cured these two syndromes with extreme relaxation (including meditation and yoga), avoiding stress, diets and pelvic therapy. There are several cases of PSSD also cured with pelvic physiotherapy.

I’ll put some links here, just out of curiosity:

See what he said:

when it happened to
GROWERS they get SOFT, LARGER, LOOSE,SAGGING,OVEREXTENDED FLACCID

In some cases flaccid size don’t change , they just lose the control of flexing there penis (BC Muscle),with or without other symptoms

this pic shows most of the symptoms of (Hard Flaccid , Larger Soft Flaccid) and the causes of the difference from one person to another IMO 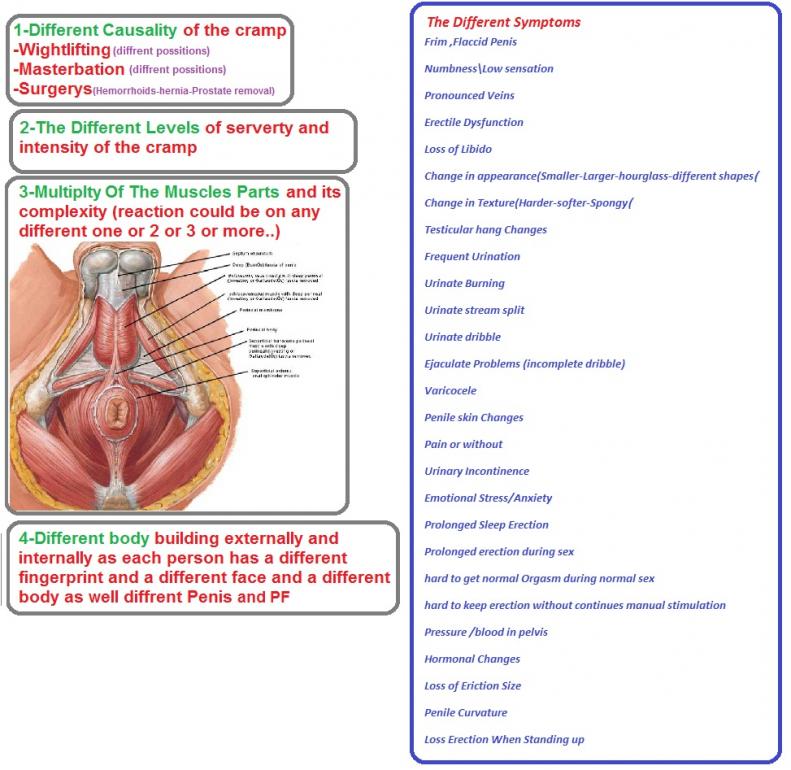 check the below pic (BC muscle) while sitting on the toilette try to raise your balls up with one hand and touch the BC Muscle with the other (one or 2 fingers)while doing kegels ,starting from anus(area 1) to the penis(area 3) with the touching. The muscle near the anus contracts while the muscle under the penis doesn’t contract or barely contracts what is your reaction when you does that area (1,2,3)?as on the pic , you can find it on the page 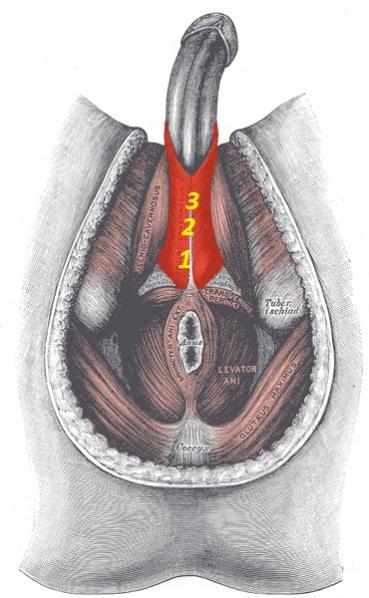 Just a point here: although he mentioned “kegels”, this is NOT healthy for those who have this syndrome. Later he realized that too.

Finally, I want to make it clear that working the pelvic muscles WILL NOT cure our syndrome, as I think they are chemically and physically injured. There are many cases of recovery only with physical therapy and avoiding stress, but I think that in our case it would help to at least improve our sexual condition a little.

I am in contact with the author of one of the famous studies posted on this forum a few months ago (I cannot say which one now). He is willing to research my case at the university where he conducts his research.

I will also try to ask for help from some of the best neurosurgeons and orthomolecular doctors in Brazil.

I think these muscles that I mentioned above can be the key to at least looking for the root cause of our syndrome and, even if worked properly, can help to improve it a little. Again I reinforce that this is just my opinion.

3 Likes
Prostatitis/Hard flaccid/pelvic floor symptoms (CPPS)... A completly new view on PFS? (with pictures)
What is hard flaccid and hourglass penis like?
Weak Pelvic Floor Muscle cause of PFS ED!?
What is causing this unbearable pain!?
Butyrate - Clostridium butyricum
ll_amp_Prosper June 9, 2020, 7:07am #2

Thank You for your work in compiling this interesting theory. I recall doing kegels religiously for a few months several years ago and think it worsened things… I will research this more…

As I said, Kegels actually worsens our condition. It is not recommended to do this. Usually “reverse kegels” is what relieves us (a little), in addition to some other exercises (TRE, Therawand, etc., yoga, pelvic electrotherapy, etc.).

What did you do @dae1, did you get improving?

This is one of the theories that I have been pursuing for some time.
I do DCT, a special pyhsiotherapy program to relieve my pain.
But unfortunately, as you have already said, it is not a cure, the muscles are always put back into this state by some hormonal/chemical disorder.
I also believe that I have large flaccid

How do you relax these muscles?

I have a pain h 24. When I sleep I haven’t pain.
When I sit I have more pain and the pudendal nerve… The pain in the zone pelvic inguinal and gluteus… When I make a sex using cialis 2.5 and I stay 100% 90%…when I don’t take cialis I can myself in masturbation but for sex I start at 100 o 90%and go dawn at 60%…it’s one year. I cry sometimes for this problem… I don’t would a implant… If I think a implant of pain I feel very said… And I don’t a feel a men. It’s very horrible…you have a severe ed guys? I hope to maintein for my ed whit cialis in a time.

If I bend over my penis goes inside my body. If I walk same. If I run same. I can’t do sports anymore.

I think pelvic floor dysfunction treatments like a stretches is key the who has sexual symptomps only. People who got Hard Flaccid or Pelvic floor problem all them has same problem with us. All symtomps same .

This article of Roberto melcangi at this moment is the best study of pfs. The allo is more important for relax of muscle for feel relax and ansiolitch and important for the pain. The study speack about of neuropathy of pudendal
Speack about the dna.
For me not exsist un meds of basis of psf but I think allo is a meds if a take we are feel better.

So we need to take Allo for pelvic muscles tightness?

I’m not a medic but I think the allo is a good key.

The study is based on science … They cannot prove whether such boys previously had methylation because they do not know the subject’s state before finastris but since it is a common feature they think they have it immediately afterwards. Science only proves what it sees. Is simple

That’s true but even if the methylation was induced by fina they can’t know whether it’s related to our sympthoms or not , they should’ve compared finasteride users who didn’t experience pfs to us , maybe it’s something common in every finasteride user and not only in thoses with pfs

That’s great to hear , when was the last time you took cialis ?