As you know I got the PFS with a Flavonoide, the Oxerutin o Rutin.

I read that @awor got worse with Cardus Marianus. Another user @lashes_to_lashes got worse with Resveratrol and committed suicide. They are anti-androgenic substances, they suppress strongly the AR. Following are two studies on their potential toxicity and security ignored. 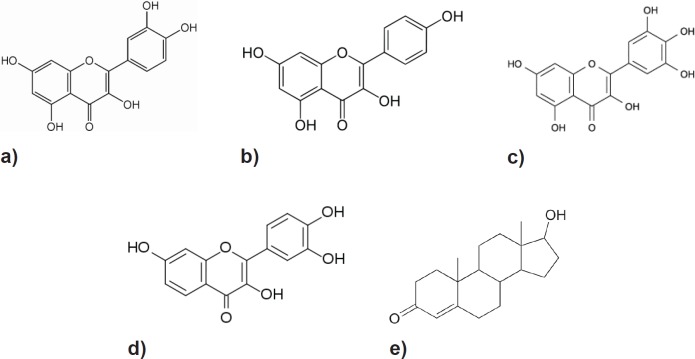 Flavonoids, including isoflavones, are natural components in our diet and, with the burgeoning interest in alternative medicine, are increasingly being ingested by the general population. Plant phenolics, which form moieties on flavonoid rings, such as gallic acid, are also widely consumed. Several beneficial properties have been attributed to these dietary compounds, including antioxidant, anti-inflammatory, and anticarcinogenic effects. Flavonoid preparations are marketed as herbal medicines or dietary supplements for a variety of alleged nontoxic therapeutic effects. However, they have yet to pass controlled clinical trials for efficacy, and their potential for toxicity is an understudied field of research. This review summarizes the current knowledge regarding potential dietary flavonoid/phenolic-induced toxicity concerns, including their pro-oxidant activity, mitochondrial toxicity (potential apoptosis-inducing properties), and interactions with drug-metabolizing enzymes. Their chemopreventive activity in animal in vivo experiments may result from their ability to inhibit phase I and induce phase II carcinogen metabolizing enzymes that initiate carcinogenesis. They also inhibit the promotion stage of carcinogenesis by inhibiting oxygen radical-forming enzymes or enzymes that contribute to DNA synthesis or act as ATP mimics and inhibit protein kinases that contribute to proliferative signal transduction. Finally, they may prevent tumor development by inducing tumor cell apoptosis by inhibiting DNA topoisomerase II and p53 downregulation or by causing mitochondrial toxicity, which initiates mitochondrial apoptosis. While most flavonoids/phenolics are considered safe, flavonoid/phenolic therapy or chemopreventive use needs to be assessed as there have been reports of toxic flavonoid-drug interactions, liver failure, contact dermatitis, hemolytic anemia, and estrogenic-related concerns such as male reproductive health and breast cancer associated with dietary flavonoid/phenolic consumption or exposures. Potential toxicity of flavonoids and other dietary phenolics: significance for their chemopreventive and anticancer properties - PubMed

Plant flavonoids are common dietary components that have many potent biological properties. Early studies of these compounds investigated their mutagenic and genotoxic activity in a number of in vitro assays. Recently, a renewed interest in flavonoids has been fueled by the antioxidant and estrogenic effects ascribed to them. This has led to their proposed use as anticarcinogens and cardioprotective agents, prompting a dramatic increase in their consumption as dietary supplements. Unfortunately, the potentially toxic effects of excessive flavonoid intake are largely ignored. At higher doses, flavonoids may act as mutagens, pro-oxidants that generate free radicals, and as inhibitors of key enzymes involved in hormone metabolism. Thus, in high doses, the adverse effects of flavonoids may outweigh their beneficial ones, and caution should be exercised in ingesting them at levels above that which would be obtained from a typical vegetarian diet. The unborn fetus may be especially at risk, since flavonoids readily cross the placenta. More research on the toxicological properties of flavonoids is warranted given their increasing levels of consumption. Potential health impacts of excessive flavonoid intake - PubMed

In my case, Oxerutin was worse than Finasteride.
It is incredible that such things are sold.

Stay away from any flavonoid or isoflavone.

6 Likes
Endocrine disrupting activities of the flavonoid
Warning about *dark* chocolate/cocoa/cacao (or foods containing high amounts of 5ar inhibiting flavonols)!
S-Equol (Trinov): Could it have effects similar to alpha-5-inhibitors?
Possible treatment for PFS
Tonster96 February 13, 2019, 7:04am #2

Really? Oh man… Thanks for that!

So I better step back from my consumption of raw cocoa and blueberries?

Dietary-derived agents, such as the flavonoids, are of particular interest for prostate cancer (PCa) chemoprevention as they may offer a favourable safety and side-effect profile. An agent that demonstrates action on the androgen receptor (AR) axis...

Chocolate hurts me, blueberries I do not know.

Supplements containing a patented phenol-rich extract of cacao beans protect the prostate while taking testosterone propionate, we wrote a few days ago. This is probably because the phenols in cacao inhibit the conversion of testosterone into the...

Did anyone recover from extreme insomnia as a result of eating too much pure or dark chocolate or other flavonoid rich food/supplement? I don’t want “chocolate” to be the cause of my death.

How much did you take and how did it hurt you?

I don’t think you should worry too much. That you’re getting some sleep at all is more than some get and I would expect that though you’re having a miserable time at the moment, if you wait it out, things will improve.

I am just severely depressed. I’ve been disabled from severe sleep issues for the past few years that snowballed into something unfathomably nightmarish as a result of my fin use just when I thought I was starting to get better. I don’t know if I can stand to go through this hell again or if I’ll ever recover from round 2 fully. I’m sorry about the triggering language, but it’s like any hope I had left had been seized from me these past couple of days.

Do people bounce back from several crashes?

You can get better. My symptoms fluctuate but the general trend is upwards.

I know you’ve got some issues outside of PFS and that makes it even harder but you can do it.

It’s hard because when the symptoms are worse, the depression is too. If your symptoms got worse and you were able to keep positive it wouldn’t be so tough. Unfortunately, it’s just layers of misery.

You can do it though. It will get better.

Off the top of my head someone recovered from a third crash, and got a bleeding gums/bleeding nose-style PFS I’d never even heard of happening before then.

All flavonoids are dangerous? What do you think of Diosmine? I have a vascular disease, and for these pathologies doctors in Europe prescribe only supplements with flavonoids.