This is from the post finasteride foundation website and so they are obviously monitoring these drugs as they develop:
“Sage Therapeutics has allopregnanolone and allopregnanolone analogue products that are currently in clinical trials for various indications:
Major depressive disorder
Insomnia”

This has already been discussed a little bit on solve pfs, but anyway thought it would be good to start a post on here so that any updates can be listed:

Sage 217 looks most promising and is going to start stage 3 trials soon with an estimated release date in 2021.

Zuranolone (INN; developmental code SAGE-217) is an investigational medication which is under development by SAGE Therapeutics for the treatment of major depressive disorder, postpartum depression, essential tremor, Parkinson's disease, insomnia, and seizures. It is a synthetic, orally active, inhibitory pregnane neurosteroid, and acts as a positive allosteric modulator of the GABAA receptor. The drug was developed as an improvement of allopregnanolone (brexanolone) with high or

It’s worth keeping an eye on. But even if this proves to be successful in stage 3 trials, the question is whether long-term use leads to downregulation or tolerance later on which would be typical for neurosteroid increases. We will see. At least it’s one more silver lining.

But I do not understand this clinic appears on propeciahelp page, like if there were hundrets of people with PFS cured through them. Can anybody explain why they appear on the page?

I thought exactly the same…

in this study, is written that gaba produces tolerance to allopregnanolone: https://www.ncbi.nlm.nih.gov/pmc/articles/PMC3031054/

but it also says that ganaxolone does not produce tolerance to itself.

Its never been tried on pfs patients yet as still in development, but the pfs foundation told me directly that they are watching closely. I don’t really understand the science.

Anxiety and Depression, which may have knock on effects and relieve brain fog maybe even increase dopamine and help with libido and sexual function.

It would be good if pfs patients could be part of the stage 3 trial so we could find out what effects it has. It might not be a cure, but if it helps PFS patients it’s got to be a good thing and that’s why it’s good to keep an eye on its development. I’d rather be cured forever in a one off treatment, but if I have to take Sage 217 forever and it worked I could live with that.

I am surprised the Foundation are given this so much prominence on the website. Maybe they know more. Obviously, it seems to make sense that some mental symptoms might be related to low Allo (proven by the Italian study) and thus adding Allo may help. But, we are also lacking our neurosteroids and they appear to work in concert. Also, the question about a reduction in endogenous production are valid. So I am not getting my hope up too much, but at least it’s an option.

Maybe someone with more understanding of the science can expand on this issue.

I wouldn’t read too much into this beyond it’s something they’re keeping an eye on. If gives a little therapeutic relief that’d be useful.

This drug has some promise in PFS patients, especially if Melcangi’s studies targeted the key mechanism of action. It isn’t clear yet if this will be the answer but there is reason to be hopeful for people on here who are feeling hopeless.

It might only help a little, it might not help at all but to my knowledge nobody on here has tried allopregnanolone in any form as a treatment for PFS and we’ll hopefully get a chance.

ALLO has been already tried by some patients, specially from other forums.

ALLO has been already tried by some patients, specially from other forums.

I only find people who used some dubious nasal spray. I don’t think that we can conclude a lot from that experiment.

i found a study by dr. graziano pinna, which says that stimulating the allo production would be safer than a replacement therapy.
the study is called “Upregulation of neurosteroid biosynthesis as a pharmacological strategy to improve behavioral deficits in a putative mouse model of PTSD”

Update from the pfs foundation about Sage 217 beginning phase 3 trial:

It looks as though Sage 217 is intended for use in short periods of a few weeks at a time. It will have to be confirmed if it’s safe for long term use:

“Jonas, M.D., chief executive officer of Sage. “In this development program, we are exploring the potential for patients with MDD to feel well within days, with just a 2-week course of treatment – similar to how antibiotics are used today – instead of enduring long-term chronic treatment. We believe a medicine with rapid onset and robust response could be truly paradigm shifting. SAGE-217, if successfully developed and approved, may rewrite the textbook on how the tens of millions of people suffering from MDD are treated, ultimately turning depression into a disorder, not an identity.”

Sawproblemo wrote a really good post on the Solve PFS forum. He isn’t a member here and said it was ok to post this:

"The more I read about this drug, the more I realize how this can be a real game changer for us. Sage 217 has the potential to directly help with depression, insomnia (they are dabbling with testing in this area and 217 has been shown to increase deep sleep duration in early trials), and even possibly help with some sexual sides, including libido. Here is something I found on allopregnanolone/GABA and male sexual functioning which I’m sure is common knowledge on these forums at this point but worth repeating:

Neurosteroids may also influence male sexual behavior through GABAA receptors. Allopregnanolone has been shown in male rats to potentiate GABAA channel activity in neurons in the medial POA, a region that also produces neurosteroids and is essential for sexual interest, erection, copulation, and ejaculation (Haage and Johansson, 1999; Uchida et al, 2002; Haage et al, 2005). Pregnenolone sulfate opposes the effects of allopregnanolone."

Sounds almost too good to be true. I am trying not to get my hope up, but it’s difficult. It’s not like we have large pipeline of meds that directly target deficits arising from PFS.

Hmmm, the other product Sage which works also by stimulating Gaba, Brexanolone for postparum depression loses his effectiness after 30 days according by Fierce biotech.com

“With Sage’s trial primarily looking at the efficacy of brexanolone after 60 hours, the convergence of depression scores in the treatment and placebo arms after 30 days is a blemish rather than a critical blow. But it is the sort of data point that could come into play as Sage seeks a broad label for brexanolone and then tries to persuade providers and payers to use and cover the drug.”

Securing the status positions Sage to receive a decision from the FDA by the end of the year.

From what I understand Brexanolone is currently only aimed at postpartum/postnatal depression patients.
It’s an intravenous treatment injected into an individual for 60 hours in a row. I think it’s supposed to be a one off treatment. The trouble is it would need to be in a hospital and would be expensive and would be hard for pfs patients to get, but the next drug they are planning to release Sage 217 (about to start stage 3 trial) looks much more promising for us.

Jeff Jonas, M.D., CEO of Sage Therapeutics, discusses some of the challenges of launching a product that could change the paradigm of treating postpartum depression (PPD).

I thought I’ve read somewhere that Sage 217 should used only for two weeks. Don’t know for how long all the goid things stay, like mood, motivation and libido.

Hi @smphead I found this and it also mentions the 2 weeks. 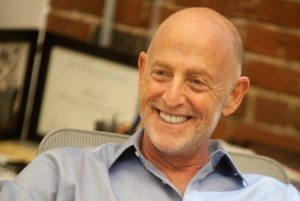 Xconomy: Sage Speeds Ahead With Plans For a Short-Course Depression Drug