Kevin Mann claims FInasteride side effects are “bullshit” and can easily be reversed.

He also claims PFS victims are trying to “get rich” by suing Merck. 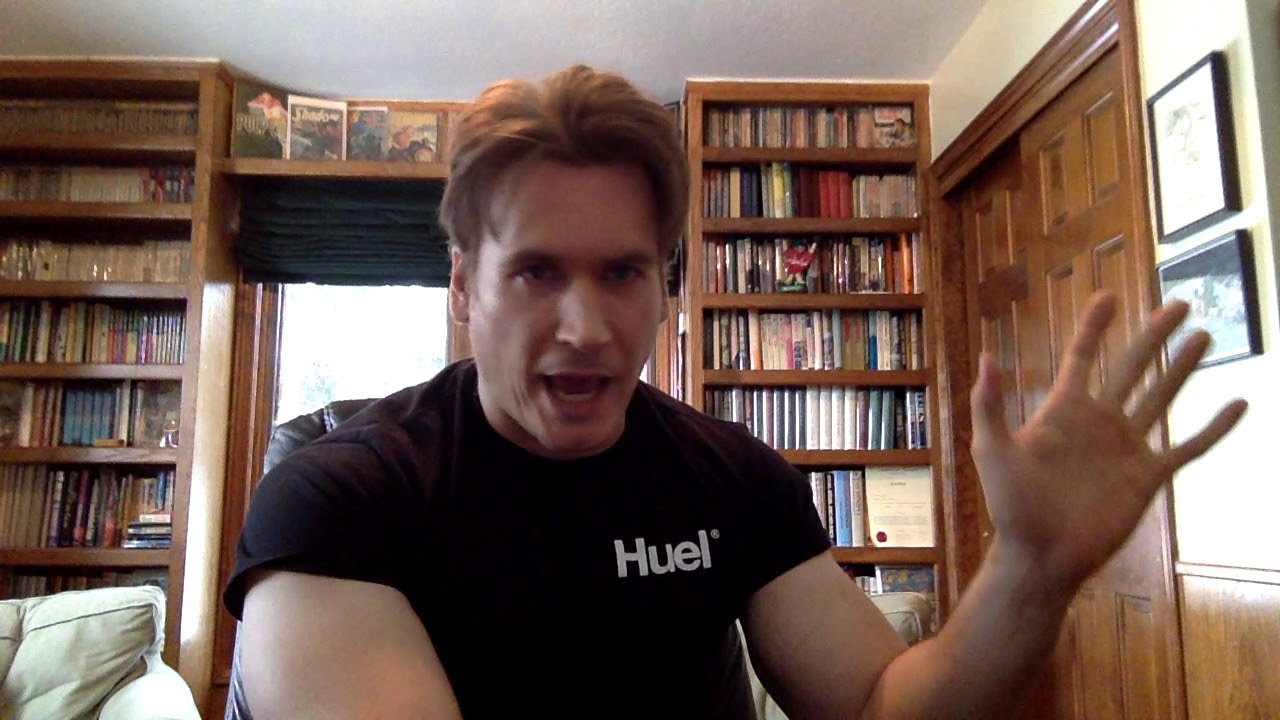 I don’t think this is a real account because I remember seeing him on YouTube with a different name a few years ago.

Honestly if anybody is taking medical advice from this guy, I’m not going to have as much sympathy if they’re misled by their doctor. I think its more important to inform the medical community since they’re the prescribers.

This guy does get under my skin, but I think he is not really worth engaging. If you do, I would strongly emphasize keeping your cool so you don’t play into the incorrect belief that all PFS patients are just histrionic since that will backfire. Speak matter of factly, don’t appeal to fear, mention the scientific literature that backs it up, and the facts speak for themselves.

I’m vegan but I’m not that idiot.

Yeah I guess all the symptoms I’ve experienced over the last nine months are just because i’m trying to sue merck, thanks Kevin

Yeah I’ve seen a different video of his saying he takes RU-58841 and avoids Fin due to “the risk of bad side effects”.

The fact that RU 58841 was never released on to the market for hair loss tells all you need to know about its safety.

Hah. I remember this guy being featured on a certain encyclopedic satire website. Some people seemed to find the humor in him being on a drug tested as chemical castration.

In his latest video Mann calls DHT a “trash hormone”.

He is deleting my comments also btw.

Make sure to give him a thumbs down.

There are many people like Kevin in the hair loss community. They are domesticated by the fear of hair loss. So they sacred fin. It also blames patients suffering from side effects. If you show them evidence of side effects, they will talk about your lifestyle or body type or cigarettes. And they say it’s worth the risk of side effects.

And they say it’s worth the risk of side effects

Most of them who think it worth the risk, after everything goes wrong they change their mind on 180°

If you show them evidence of side effects, they will talk about your lifestyle or body type or cigarettes Confirmation bias is the tendency to search for, interpret, favor, and recall information in a way that affirms one's prior beliefs or hypotheses. It is a type of cognitive bias and a systematic error of inductive reasoning. People display this bias when they gather or remember information selectively, or when they interpret it in a biased way. The effect is stronger for desired outcomes, for emotionally charged issues, and for deeply-entrenched beliefs. People also tend to interpret ambiguous e...

Most people taking finasteride are unlikely to feel very comfortable with the cognitive dissonance that would occur if they accept the full extent of what is happening to some consumers. That entails acknowledging something uncomfortable about their own situation. It’s certainly not unique to the hair loss forums. Humans can be prone to throwing others under the bus if it will protect their own feelings, unfortunately.

Sadly it is that sort of nonsense that people with hairloss want to hear. I was aware of the reported side effects of Fin before I took it, but accepted all I read on hairloss forums regarding the persistence of the sexual sides and veracity of claims about mental sides (i.e. that PFS sufferers were exaggerating and that no sides could be long term - which the medical community also handily supports). Exactly as @axolotl highlights, I accepted the evidence based on what I wanted to be true.

Perhaps Kevin Mann will soon be channeling all of his vlogging energy into raising awareness about our disease if his playing with 5ARis reaches its possible conclusion. Though despite what a throbbing dong he is, I still would not wish that upon him.

I agree.
The imagination is weak and the reality is cruel.

The meaning may not be correct using Google Translator. Please understand. I understand their minds. Alopecia is a social disease. They say that alopecia is evidence that I committed a crime in my previous life. people said me was a pedophile or rapist. I am being punished by God and tell me to accept insults. But now I do not care about insults. Because I met a real devil called pfs.

When I talked about pfs, alopecia patients accused me of being a bald conspiracy or octopus. I’ve been alone for a while, very depressed. But when I notice the existence of this forum, I feel a little cheered up. Thank you all \ ( ㅠ ㅅ ㅠ) /~

So I noticed a large influx of vitriolic, conspiracy theory-promoting, and occasionally threatening comments on my channel and inbox and no surprise I have discovered this was the source.

You guys can hate me, that is fine but there are lies being told about me on this forum that are simply not true.

With a few exceptions I am not deleting comments. Many members here have been posting links to conspiracy theory promoting websites like Natural News to make outlandish claims about finasteride. I did not delete these comments, they automatically go to my spam folder and usually don’t notice. When I do notice I don’t bother to add them to the comments section since they often have nothing to do with the subject of the video. My videos are about documenting my experiences with various hair loss drugs, if you want to make some grand statement against finasteride then do so on your own platform, don’t use my page to do it.
I don’t care that you guys are anti-finasteride, I am not biased in favour of the drug one way or the other but my experience with the drug has been a positive one. I know for a fact that I had gotten my advice from boards like this and not begun treatment when I did my overall quality of life would be much worse than it is today as having hair has benefitted me in every aspect of my life including my social, professional and romantic life. I know not everybody has had a positive experience with the drug but as much as you guys feel your story needs to be heard, I feel its important for people considering treatment to hear my side of the story as well and see and hear about how finasteride has benefitted me.
I know you guys hate to hear it but as a long term user of finasteride (close to 10 years) I can safely say I regret nothing; I have done many things to improve my physical appearance such as strict dieting and exercise, a rigorous skin care routine, abstention from vices like smoking and alcohol and I can say none of those compare to the confidence boost I have gotten from maintaining a full head of hair.
I wish you guys well and I hope you guys are able to resolve your personal problems but please don’t try to take away the boundless joy and happiness that finasteride has given to me and so many millions of other men who have been using it since 1992.
I had a very negative experience taking anti-depressants in my teens but even in spite of that I would still never deny the sheer amount of good they have caused to people suffering from mental health problems like depression.
Even if we’re to assume the worst and accept for the sake of argument that your issues were really caused by finasteride I think everyone except for the most jaded finasteride critic would agree that the majority of people do in fact not experience these issues, so in light of that I think its inarguable that finasteride has caused far more good than harm for humanity, that’s not to dismiss your issues but its not all about you and you shouldn’t show hostility towards people who have had a positive experience with the drug.

How can you guarantee that anyone who want to start fin won’t get hit? You can’t, can you! Because you got lucky it doesn’t mean everyone will get lucky, it’s a Russian Roulette. Everyone who’s promoting Fin should make sure to warn about the possible permanent side effects that could occur! If I know that a certain drug can get me permanently damaged I would never touch it, no matter what! You guys should wake up, on your conscience will most probably lay, if you have one, at least one suicide, and dozens of maimed people! If you advertise something that you are aware could kill or maim someone, that makes you as guilty as those fuckers who sell this rat poison! I don’t really care if you got thick hair and better life because of Fin, but I do care about the lost lives of all those young people!