The following was sent to me in an email from a PFSer who no longer posts here. They asked that I share this with you guys.

I saw Dr. Aaron Filler. I short, he was familiar with the symptoms, had heard it all before and attribute most of them to a problem with the autonomic nervous system. More specifically with HYPOACTIVITY because of a problem with the impar ganglion, which is part of the sympathetic (fight or flight) nervous system. This would explain loss of emotional response, loss of sexual response, numbness, digestive problems, lack of excretions (sweating, earwax etc.). The MRN confirms impar ganglion involvement but also significant bilateral pudendal nerve inflammation.

Sexual:
100% sexual dysfunction
No sexual arousal/response
Not able to get erect
Numb genitals
No sexual fantasies
No longing for sex

Fatigue/malaise:
Extreme fatigue, both mental and physical
Extreme malaise, I feel as if I am dying slowly from an illness

Excretions:
Do not sweat/no body odor
Skin does not produce oil/sebum
No earwax
No nose boogers
No eye boogers
Dry eyes
Dry hair, used to be very oily

Digestion:
Severe fatigue after eating
Carbs and sugars make all symptoms worse
Unable to digest vegetables – they come out undigested

MR NEUROGRAPHY STUDY OF THE PELVIS with Dr. Aaron Filler

The S2 and S3 spinal nerves traverse the piriformis muscle with some irritative change proximally particularly on the right. At the level of the sacrospinous ligament there is a SIGNIFICANT increase in caliber and image intensity affecting the pudendal nerves. Also a SIGNIFICANT VEIN DILATATION on the proximal portion of the course of the pudendal nerve along the medial aspect of the obturator internus muscle. This resolves as the elements progress more distally. The coccyx demonstrates some anteroversion and on the anterior aspect of the sacrococcygeal joint there is an area of hyperintensity in the vicinity of the impar ganglion, which could represent local inflammation. The pelvic floor muscles are symmetric in size and shape.

HYPERINTENSITY ANTERIOR TO THE SACROCOCCYGEAL JOINT MAY DEMONSTRATE IMPAR GANGLION IRRITATION; ALTHOUGH, CAREFUL CLINICAL CORRELATION IS WARRANTED TO ASSESS THE CLINICAL SIGNIFICANCE OF THIS FINDING.

Findings: These images demonstrate the course and caliber of the lumbosacral plexus and the pudendal nerves using multiplanar reformat techniques to provide an overview.

Based on this patient’s history, exam, data and findings, this seems most likely to be primarily an impar ganglion syndrome in that the patient has a complex sense of numbness, which often is experienced by patients with autonomic nervous system dysfunction, that is, there is present sensation but it feels normal. Also, the urethral sensation is dominated by autonomic fibers.

This may also explain the low general abnormalities with regard to emotional and sexual response and activity levels. I would most strongly suspect a problem with the impar ganglion.

When there is hyperactivity in the impar ganglion so that there is autonomic type pain it is relatively straightforward to test for because anesthetizing the ganglion will relieve the pain. When there is hypo-function such as this, with some numbness, the anesthetic block may only confirm location.

He never mentioned a treatment plan at the end, what are the next steps for your friend?

These list of symptoms describe me, if not most of us EXACTLY the same way.
And this quote is heartbreaking. We never catch a break ahaha.
Hey man was your friend able to get any further direction from the doctor?

If there is significant pudendal nerve inflammation, then I would think that reducing inflammation would get results. Do you know if the fact that the injection didn’t work implies that it is “too late” to intervene and that nerve has suffered damage (I.e., condition can’t be reversed)?

Just trying to understand what the implications are on treatability and/or therapy options.

Thats some really good info right here. I have a feeling some of us could mimic these results if given the same tests.
I wonder if IVIG would be an option if theres any immune involvement or qualify for insurance in this case?

m. More specifically with HYPOACTIVITY because of a problem with the impar ganglion, which is part of the sympathetic (fight or flight) nervous system.

I have read some people do well on corticosteroids or hydrocortisone, do you think yout findings support this approach? For me getting some bloody personality back would be amazing right about now

What is the state of forgetfulness and brain fog

I just posted last week about if we should look at the SGB shot. I dont think anyone even read it. 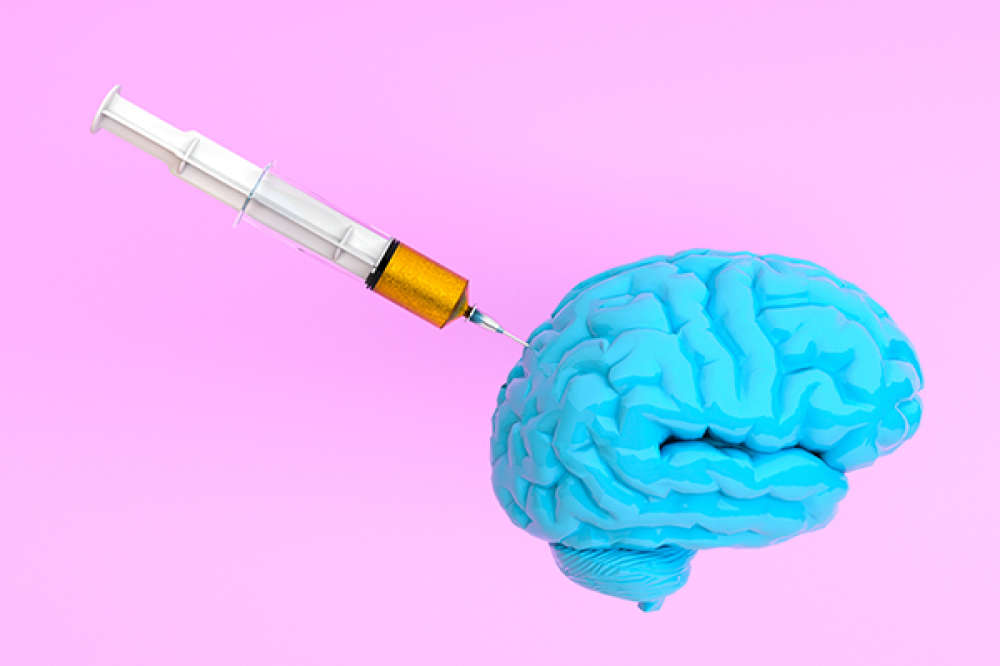 PTSD is a biological condition that can be treated by resetting the “fight or flight system”. Stellate Ganglion Block may work in 30 minutes and can last for years.

Who are you replying to?

This is one of the most interesting threads I have seen on propeciahelp in years. Does anyone have an idea what the implied treatment might be? The words “entrapment” and “inflammation”, to me, imply that some kind of physical or anti-inflammatory intervention in pelvis might “cure” some of us. But the post makes no mention of this. Does anyone here have knowledge to make anything of this? Of course the word “neuropathy” has potential implications of neuron death and irreversibility.

Would really love to see more thoughts from people on this.

Here are the responses…

He never mentioned a treatment plan at the end, what are the next steps for your friend?
***Hey man was your friend able to get any further direction from the doctor? ***

He does not know what is causing my patches of inflammation. He says it can be due some local autoimmune situation, an indwelling low grade infection, autonomic dysfunction or he does not know. Treatment would be experimental and address these different possibilities, such as medication to increase sympathetic activity. Even if I did not respond to the injections, a surgery to loosen up the muscle to relax the pelvic floor may still work, but it would be experimental and not a guaranteed cure.

I am currently taking a break from this partly due to cost.

Since there is bilateral pudendal nerve inflammation he does not think that the problem stems from there but that this is secondary due to a problem higher up. Most of my symptoms can be attributed to autonomic dysfunction (the autonomic nervous system does not respond, sexually and emotionally) due to a problem with the impar ganglion, which is responsible for the flight or fight function. He suspects the urethral numbness is due to autonomic dysfunction since the urethra is dominated by autonomic fibers.

If there is significant pudendal nerve inflammation, then I would think that reducing inflammation would get results. Do you know if the fact that the injection didn’t work implies that it is “too late” to intervene and that nerve has suffered damage (I.e., condition can’t be reversed)?

No, he did not see evidence of any permanent irreversible nerve damage. I asked this and he does not seem to think this is the issue. This is after 8 years with symptoms.

I have read some people do well on corticosteroids or hydrocortisone, do you think yout findings support this approach? For me getting some bloody personality back would be amazing right about now

I don’t know. One of the injections I had was some steriod but nothing happened.

Thats some really good info right here. I have a feeling some of us could mimic these results if given the same tests.

Yes, I had a few problem areas (see above) so the only way to get somewhere with this is if more people have an MRN (preferably with Filler, he is the best in this area of the body and he is METICULOUS) to see how/if our images show consistencies. Moreover, he is a lawyer as well and uses his imaging in legal cases. He is a very busy person and if enough people show up with identical symptoms and identical scans, maybe this issue will get his full attention. Right now, I am only one of many of his patients with various horrible life wrecking symptoms. It takes his average patient 8 years to find him. He is the last stop!

I wonder if IVIG would be an option if theres any immune involvement or qualify for insurance in this case?

I would love to try! It certainly addresses both the infection and autoimmune possibilities.

It sounds like the basic issue is that the pudendal nerve is inflamed and therefore has pressure (as a result of being “swollen”) on it that causes dysfunction or some kind of impingement. Is that a fair understanding of things?

If this is the case, regardless of what caused that inflammation, I am wondering how an injection/total anti-inflammatory in the area could not have an effect.

This is very exciting new information, I just wish I could make better sense of it.

Would it make sense for the patient to try taking anti-biotics to test the idea of it being an infection? Just asking since that is a relatively low cost and non-invasive option to test.

What is the name of the scan? Maybe I can get the same one done

Sounds like his expertise in performing the involved scans is part of what makes this doctor special, though.

I just wanted to say thanks for getting this info out there guys. I’m sure I’m not the only one who’s started taking finasteride, noticed a few side effects and been able to confirm the link to the drug thanks to you.
I only started taking it about two weeks ago (there are 12 tablets left out of a 28 box) the first weekend I noticed issues with recall but, put it down to tiredness. Late last week I experienced lower back pain and significant reduction in libido (I’ve had a boner almost every morning since I started getting them, now I havent had one in days). This morning I woke up and felt like I was stoned(I still do). So when I got my reminder tonight to take another little pink pill, I decided to just to a little delving into what this “risk and side effect free” hair loss treatment was.
Thankyou.
I cant still cant say for sure that there is a link between some/all of my symptoms and the drug but there is more than enough evidence here to make me stop taking it.

Incidentally I read another post on here where a user noticed significant reduction in symptoms after taking ibuprofen for a cold. If I’ve understood this thread correctly, many of our symptoms stem from inflamation. I wonder if anyone else has noticed a relationship between their symtoms and anti-inflammatories?

I don’t even want to click on this thing. I just wanted to say that PTSD is most definitely not a “biological condition”, whatever that is supposed to mean. It is disgusting what people would do for money.

Just curious what makes you say such a thing when biological abnormalities have been discovered in PTSD patients?

The short answer is that what makes me say it is the direction of the causality.