Trying a Proviron and Masteron Protocol (Shoud be informative to the community) [Outdated, read edit]

Soon I will be starting the following protocol but before I dive into this I want to preface. I know there is a risk, a substantial one, with messing around with hormones or in fact any treatment especially since I’m so early into my PFS. I do have the utmost sympathy for anyone who has got worse in an attempt to get better from these awful diseases, I am not claiming to be invinceable in fact there’s a far greater chance I will get worse than better.

With that said however, I am willing to endure such risks if it means finding a stack that will improve the quality of my life ten fold at this point. I do hope you understand such train of thought before striking down judgement. Everyone is free to experiment to try and get better and its certainly easier said than done to sit back and do nothing when you’re so unsatisified with the way you feel right now. I’m dealing with constant regret and struggling to enjoy my life. I don’t want that no more, is that too much to ask?

Furthermore I believe such a well structured experiment can benefit the community. I will never encourage a user to try this, just document my honest thoughts for those who are interested. I believe this is a topic many users would be interested on, especially with some of the theories flying around.

Androgen upregulation is the biggest risk with this, more androgens could cause further upregulation and fuck me over. My logic which is certainly likely flawed is that the methylated 5-ar receptors aren’t producing DHT in certain tissues, this explains my hair loss stopping, body hair turning white and potentially low libido if 5-ar is lacking in the brain and CFS.

Now this treatment isn’t a cure, its a plaster on a massive wound. Hopefully these already 5-ar reduced DHT derivative steroids are capable of activating androgen receptors (without upregulating them) in places that DHT is struggling to do so due to the methylated 5-ar receptors. This wouldn’t fix neurosteroid issues at all but it would hopefully provide libido, normal body hair growth and an androgenic feeling that I feel I have completely lost.

I know this theory is controversial but some members have indeed reported progress with these drugs. Either way, if I have a paradoxical reaction and get worse it would simply prove this is far from the case, its far beyond DHT not being active in certain tissues it would then almost certainly be to do with something regarding the androgen receptors and signficant upregulation.

I’ll stop immediately if I notice any signficant side effect problems.

Experiment 1 Proviron
I’ve ran Proviron in the past at 25mg a day before PFS, it did wonders for my sex drive and made my muscles feel dry. I’m hoping for similar results. It usually only takes a few days to notice the difference in my previous experience. Ideally if Proviron is capable of restoring a strong sex drive and androgenic effects in my body, this is something I have zero problem running for the rest of my life.

Experiment 2 Masteron
Never ran mast before but I’m confident its good for libido, also absolutely oblitirates hair. Excited to try it I’ve heard good things about it. Hopefully I don’t have to discontinue due to sides. The point of the experiment is to see if Mast can provide libido and androgenic effects, if it can its an option for a stack that I could run for life.

I know this treatmeant will be very controversial but I believe a well documentated DHT experiment can be very informative to the community and it is certainly something I’m willing to test my self because if I find something that works I’d be able to live my life with some joy again.

I hope this experiment will be interesting to you guys, I’m putting in my order for the Proviron and Mast next week. If you have any pointers feel free to post, all ears.

I like your plan. I have a suggestion that I don’t think anyone has tried yet and I have thought a lot about. I can’t do steroids because I am a natural bodybuilder, but if I wasn’t I would have tried already.

You mentioned that the 5AR promoters are silenced due to methylation. This is proven.

Why don’t you simultaneously do things that reduce methylation while increasing your DHT with the steroids.

Most demethylation supplements are 5AR inhibitors which is why people feel so bad on them. However, you don’t have to worry about this as you are taking DHT.

Theoretically your genes will be unsilenced and you will have the DHT available, even though the 5AR will be inhibited with the demethylation supplements.

As an example you could take any of the following demethylation supplements while using your DHT protocol: 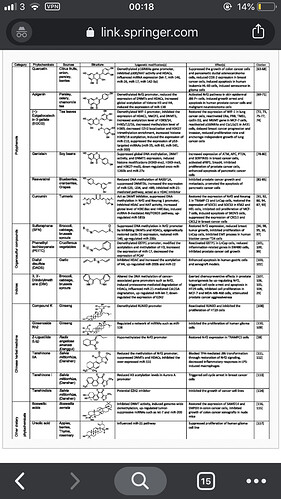 Thank you for the informative post and I’m glad you’re interested in my experiment. One step at a time though, I’m simply trying to find something to restore an androgenic feeling and libido. If I can manage such a thing I consider it a success.

Any success with masteron proviron? Are the doses required legal? If so i could get them perscribed.

Have ordered them awaiting arrival, its pharma grade Proviron/Mast so I don’t doubt the potency.

Proviron is legal for prescription in very specific circumstances (delayed puberty for example) and sometimes as a form of TRT but Masteron was a designer steroid invented a while back, it functions similar to Proviron but I’m pretty sure no doctor in the world will prescribe it over Deca (and only to like HIV/AIDs patients or serious onditions) when they will consider anabolic options.

Whilst being androgenic like Proviron, Masteron is also pretty anabolic. You’d struggle very hard to find a Mast script.

Curious to know what became of this experiment…