It is with tremendous sadness that I announce our friend, Marc James Turner, known by fellow patients as @Titan1, has passed away. After suffering immensely from PFS for a little over a year, Marc took his own life April 13th, 2022.

Marc was well known in the patient community. Despite the severe symptoms he endured, he was a friend and supporter of many, particularly Canadian patients like @Toughluck24. I know he will be missed by many.

I met Marc in June 2021 and got to know him well over the past year. We spoke for, quite literally, hundreds of hours over the phone. He was truly a remarkable human being: Highly intelligent, caring, sensitive, empathetic, curious and courageous. I can’t think of any other patient who isn’t involved directly with our charity who demonstrated such a willingness to look at the bigger picture of this issue, and what needs to be done. If you mentioned a scientific concept or strategic goal or anything related to PFS and Marc didn’t understand it, he would come back the next call and demonstrate a solid grasp of whatever it was. It was telling that PFS had consumed his life in this way, but it also provided a window into what he must have been like before. Speaking to his friends and family in recent days, it’s clear that whatever Marc became fixated on in his previous life, he would become an expert in.

Along with PFS, I got to know Marc better as a person. It was hard to learn about his interests before PFS, but over time, I did. Marc loved sports, and notably, the statistical element of sports. He and I had that in common, and we once spoke for over an hour about the movie Moneyball and the impact of Sabermetrics on baseball. He was amazed that I was a football fan, and we could talk about fantasy football draft strategy, or my favourite (but lousy) team, the New York Jets. Marc was a massive Tennessee Titans fan, so I used to recall my favourite memories of players like Chris Johnson and even old videos I had watched of Steve McNair. Although his zest had been robbed, I still got some glimpses into who he was before this all happened.

Marc always knew he would likely succumb to PFS, such was the severity of his symptoms. Once, Marc and I had a call where we compared the symptoms we both experience, and tallied them up. I thought my situation was bad, as I totalled approximately 25 symptoms that I experience to varying degrees daily. Marc had at least 40, some of them so severe they interrupted every waking minute of his life. This included physical symptoms such as extreme tinnitus and head pressure.

It’s a reminder of the extreme variability of this disease, and how as patients we have a responsibility to each other to always be kind, understanding, and accepting. Frankly, we are exhausted explaining this to patients who could never imagine the symptoms experienced by those like Marc.

Despite his immense suffering, he always knew what was the right thing to do and he was vocal about doing it. He always said what needed to be said. He wanted more than anything for our community to be united and pursue the right objectives so every patient would be free of suffering. Marc knew there was very little chance he would live to see even published results from our first study, let alone a treatment, yet he donated over 5000 EUR personally to PFS research. I’m sure his encouragement resulted in many more contributions.

In the strangest and most harrowing circumstances imaginable, we became friends. I will miss you very much Marc.

On one hand, this news is deflating, and a sobering reminder about the realities of this disease. Many suffering similarly will likely feel distraught. But I know that is not what Marc wanted. He wanted to leave a legacy behind. He wanted his story to create positive change, in this community and beyond.

Marc’s family has set up a memorial fundraiser in his honour, with all donations going to PFS research. I am so heartened to see his friends and family have contributed over 7000 EUR already. If you would like to make a donation in Marc’s memory, you can do so here.

Rest in peace my friend. We will never forget you. 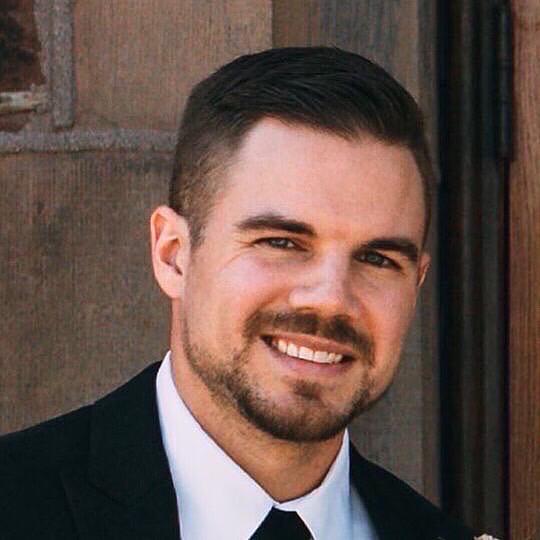 There is hope for the living and relief for the dead. He is the first person who committed suicide after I was ill.

From the short dialogue, I feel that he is a good man, his dead is a huge loss to our fight.

I will always miss him. Please don’t commit suicide, anyone，anyway. (Although I want to kill myself and end it too.)

Marc was a very intelligent and funny person who cared deeply about this community. He was a true titan and had a lot going for him before he got hit with PFS. He would have continued to fight with us but he truly was one of the worst cases of PFS I’ve come across. He had almost all of the possible symptoms associated with PFS. Some of the symptoms he talked about often were his complete anhedonia, insomnia, anxiety and tinnitus.

I had lots of deep conversations with him since he contacted me last March. We would usually talk for a couple of hours in the early morning as both of us would go for walks then. He was a very easy going guy and talking to him was always an enjoyable experience. Despite the severity of his situation he managed to crack jokes and talk about all sorts of different topics outside of PFS. We would often talk about sports and our lives prior to pfs. Marc was a big sports fan prior to PFS and so was I so conversation would flow easily.

Marc’s anhedonia was way worse than mine and I always felt so bad for him when he would say how he can’t even sit down and watch a baseball game anymore. He was a massive Blue Jays fan and was knowledgeable in all of the major sports in North America. Marc loved to talk but would make sure to apologize for over-talking being the polite Canadian that he is.

Even while he was going through tremendous pain and suffering he always managed to be as positive as he could in his interactions with the community. He routinely encouraged others to partake in positive initiatives that would drive this community forward.

He was a big advocator for research and awareness and did his part by donating towards studies and providing words of encouragement in the comments section of PFS related YouTube videos. He was also very active in sharing PFS related content with his friends/family. He was just an all around upstanding member of the community.

I feel very grateful for having had the opportunity to get to know Marc even though I do wish the circumstances were different. He was a great man and if there is an afterlife I know he is in a much happier place now.

I recommend everyone read through that. He did a tremendous job describing the true horrors of this condition.

Thank you Mitch and thank you Aksh. RIP Marc, you will be missed. Certainly gone too soon brother.

RIP, I hope he’s in a better place💔

Devastating news. And a grim reminder that PFS is a deadly disease.

Reading the Medium post, you get a sense for the immense suffering he endured. It’s impressive that he was able to describe his own state so well, even through all the cognitive impairment.

We will not forget you, Marc!

RIP my friend… Anhedonia one of the worst symptoms

RiP Marc, that picture shows how healthy you were. You finally found peace from the unbearable torture. A true warrior. Can’t find the words my friend.

What a desperately sad situation Marc was forced into. I am so sorry to read of his passing. I did not speak to Marc but reading your tributes touched me greatly, it sounds like he was a fantastic guy who was forced to suffer immensely. I send strength to his family and friends and hope that Marc may rest in peace.

“When I finally get the courage to end this suffering, I will go down as a suicide, but I know that I was murdered.” — M T

I think it’s important to tell the truth behind his suicide! And the suffering of so many other Finasteride victims who’s lives are already switched off alive.

In August of 2020 I noticed I was shedding a lot of hair. At this point I had very minor hair loss on my crown and had been using Rogaine…

By all accounts Marc was a fantastic guy whose life ended way too early. He was a great supporter of our cause and even in death he supports our cause via his friends and family.

It’s devastating to know that all over the world young men have their lives destroyed in a moment, sometimes not even knowing what hit them. It’s our mission to raise awareness to prevent more of these tragedies, to find help for those of us already suffering and to keep the memory of those alive who were destroyed by this condition.

My condolences to friends and family. This is so sad

and shocking. Let us all be together as a family.

Utterly devastated to read this sad news.
My deepest condolences to his family and those who knew him.
I truly wish somehow we could have been there and helped him get through this somehow.

Many of us lose hope and strength. As I read this news it is hard to say we
must stay strong and not lose hope. But I want us to.

Such sad news. Rest in peace, Marc. Sorry to everyone that knew him personally. Here to chat if anyone wants to.

What makes this even sadder is those who are responsible are experiencing living in mansions, riding in limousines, living into old age, being rich, having hot wives/girlfriends/mistresses, and so on - what they took from him.

Heartbreaking news, and I echo @Sugarhouse: enough is enough. I think it’s remarkable that he left behind a fundraising campaign for research, but a shame it had to come to that.

My thoughts are with his friends and family.

Though I didn’t know him personally, I contributed today, directly to the network, in his honor.

I’m sure others have done the same, and hope more will continue to.

I have another $5000 USD pledged that I will personally donate later in the year, once it’s available. I will be doing that in Marc’s honour.