I thought this was interesting. Im not necessarily looking at this specific strain, but just to get an idea of the dosage used.
I also wouldnt supplement the prebiotic as it introduces another variable.
The dosage used was 200 billion.
Im also looking at treatment other than UC.
They also dont recommend FMT because of its randomness and that it could cause more problems, something ive said as well.
If I were to look at strain 35624 bifido Longum (Align),
This would basically be the whole box (42 capsule ct) at the higher dosage of 5 billion which would cost 36 dollars in the US and Canada.
Outside of the states you’d be looking at 130 dollars or more. Its marketed as Alflorex and only comes in the lower dosage.
Again, im keeping Retinoic Acid metabolism in mind as one of its key regulatory features.
Im not exactly recommending this yet, but I have alot of experience with this strain and I think it should be safe.

You ever been tested for fatty liver, like with ultrasound or ct.

When I first started retinyl palmitate my cholesterol and triglyceride went crazy high, I can only think it released from the liver.

What I’m saying is these sorts of things might pop-up if you get RA seriously cranking with a mega load of bacteria.

Looking at this is dosage or duration more important?
Id probably say dosage first which could then be tapered to a maintenance dosage.
Sheer number of bacteria could initially be important to establish colonization and overcome dysbiosis.

Here’s also a study showing oral dosing could be as effective as colonoscopy delivered FMT.
Again im not looking at c.diff.

My interest level to getting FMT remains high despite dramatic improvements in my symptoms. I liked Align especially when combined with a D-Lactate Free probiotic such as Pro4-50. The combo was great for attenuating excess inflammation and lifting lingering brain fog and reducing food sensitivities. I did them for 2 weeks and will do them again. I had high D lactate according to my microbiome analysis. I’m suspecting BioGaia probiotics and other commercial ones that I took right after high dose Xifaxan, which I think gave them room to take foothold.

I’m about to start experimenting with sugar alcohol maltitol that’s found in sugar-free Hershey’s. Some studies are linking it to increased SCFAs. It’s regarded as GRAS so it’s relatively safe. I’ll share my findings later.

I keep going back to Align or strain 35624 specifically because of its possible role in vitamin a metabolism.

Role of Vitamin A in the Immune System - NCBI - NIH

Sep 6, 2018 — Vitamin A (VitA) is a micronutrient that is crucial for maintaining vision, promoting growth and development, and protecting epithelium and mucus integrity in the body. VitA is known as an anti-inflammation vitamin because of its critical role in enhancing immune function.

Vitamin A deficiency impairs innate immunity by impeding normal regeneration of mucosal barriers damaged by infection , and by diminishing the function of neutrophils, macrophages, and natural killer cells.

So you can see a possible dual role here.
I think it could be a matter of dosage for some.
This is a statement from a top researcher in the field,
“When there is dysbiosis in the gut microbiome more RA is produced that results in a higher antimicrobial activity that can kill gut bacteria.”
So one thought would be a dysbiosis based on RA deficiency (not necessarily vitamin a deficiency but its metabolite that could be produced or promoted by select bacteria)
Meaning the dietary vitamin a is already there, its just waiting to be turned over and put to use.

You know what? I’m starting Align right away

Id look at the higher dose if your in the States, id also maybe double the dosage to possibly notice effect sooner. 10 billion seems to be a ballpark for alot of probiotics for a daily dosage. I only tell you this because I know you have some previous knowledge and interest.

Im looking at thoughts as I mentioned above for other then just IBS and c.diff.
A high-dose transplant and/or repeated FMT increase the response rate and the intensity of the effects of FMT.

Background: Faecal microbiome transplantation (FMT) appears to be an effective method for treating irritable bowel syndrome (IBS) patients. However, it is not clear if a high transplant dose and/or repeating FMT are/is needed to ensure a response....

Indeed. I’m back on Align + Pro4-50 combo and will do them for two more weeks or longer. I’m super interested in B. Infantis 35624 blocking (or at least lowering) TNF-a and IL-6 while also inducing Tregs.

Honestly if it was me I might not be mixing all those different strains, especially if trialing Align again. Certain bacteria even probiotics can compete with one another. If you look on the packaging of Align you can see its already somewhat unstable to begin with. Id also want to know whats doing what, thats a little hard to tell when taking multiple supplements.

I’ve been mostly experimenting with single strain products (e.g Mutaflor; Align; Culturelle; BioGaia; etc.). Pro4-50 comprises of 4 strains, however. I’m specifically on it to deal with suspected D-Lactate as mentioned but yes you make a good point.

Care to elaborate on
"you look on the packaging of Align you can see its already somewhat unstable to begin with."

If you check the labeling, they claim 5 billion cfu’s at time of manufacture but only guarantee 50 million by the best by date.
So theres a pretty large fluctuation there, even with (im guessing) one of the highest levels of quality control for any probiotic. It could be more so the nature of the strain. For example, if you check bb-12 also sold by Align, its much more stable.
Also 35624 is of human origin, bb-12 is not.

50 million! Holy moly! I’ve been facing similar issue with several other probiotics. Refrigerated ones are super challenging with regards to shipping. Bacterial viability is a real concern even though some studies state that heat-killed bacteria can still exert effect. This is my 3rd day on Align and I can feel some gastrointestinal changes already. I’m looking forward to its effect in reducing systemic circulation of pro-inflammatory biomarkers TNF-α and IL-6 and increasing Tregs. I’ll keep you posted.

This is something ive mentioned a few times, stool samples do not tell the whole story.

In this work, we profiled the homeostatic mucosal, luminal, and fecal microbiome along the entirety of the gastrointestinal tract of mice and humans. We demonstrated that solely relying on stool sampling as a proxy of mucosal GI composition and function may yield limited conclusions. 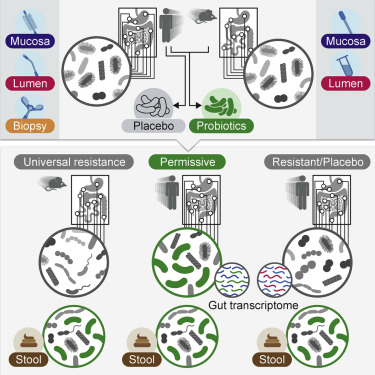 Empiric probiotics are commonly consumed by healthy individuals as means of life quality improvement and disease prevention. However, evidence of prob…


Our results highlight several important concepts. First, we expand the scope of description of the human microbiome bio-geographical compositional and functional landscape (Donaldson et al., 2016, Mowat and Agace, 2014), and indicate that extrapolation from stool microbiome communities to those of specific GI mucosal and luminal niches may lead, in some cases, to inaccurate conclusions.
guitarman01 February 15, 2021, 12:33am #15

I think that could be an important study I just posted.
Still looking at Vitamin As possible involvement. ’

Impact of Retinoic Acid on Immune Cells and Inflammatory Diseases

Impact of Retinoic Acid on Immune Cells and Inflammatory Diseases

Vitamin A metabolite retinoic acid (RA) plays important roles in cell growth, differentiation, organogenesis, and reproduction and a key role in mucosal immune responses. RA promotes dendritic cells to express CD103 and to produce RA, enhances the differentiation of Foxp3+ inducible regulatory T cells, and induces gut-homing specificity in T cells. Although vitamin A is crucial for maintaining homeostasis at the intestinal barrier and equilibrating immunity and tolerance, including gut dysbiosis, retinoids perform a wide variety of functions in many settings, such as the central nervous system, skin aging, allergic airway diseases, cancer prevention and therapy, and metabolic diseases. The mechanism of RA is interesting to explore as both a mucosal adjuvant and a combination therapy with other effective agents. Here, we review the effect of RA on innate and adaptive immunity with a special emphasis on inflammatory status.

Just like with Accutane, imagine never needing an SSRI to begin with.

Still looking at this same strain here.
First of all,
Tryptophan is an essential amino acid necessary for the synthesis of serotonin, melatonin, and niacin. Low plasma concentrations of tryptophan have been associated with clinical observations of insomnia, anxiety, and depression.
The plasma tryptophan ratio predicts brain tryptophan uptake and serotonin production. If this ratio is low, serotonin function may also be low.

The microbiota could contribute to the pathophysiology
of IBS through a number of mechanisms
; similarly, numerous hypotheses have been invoked to explain probiotic benefits in IBS. These include anti-inflammatory effects, modulation of intestinal transit,
motility and sensation, as well as alterations in the intraluminal milieu via deconjugation of bile acids, generation of
short chain fatty acids and gases.
It should also be noted, in addition, that bacteria can produce
neuroactive compounds. Of these, serotonin may be of particular interest, given biopsy evidence of defects in serotonin
signalling in the gut among IBS patients, as well as evidence that B. infantis 35624 can increase plasma concentrations of tryptophan, the precursor of serotonin. Although
meta-analyses suggest that selective serotonin reuptake
inhibitors do not significantly improve IBS symptoms, serotonin delivered locally by bacteria could be more effective.

solely relying on stool sampling as a proxy of mucosal GI composition and function may yield limited conclusions .
^Going back to this, Im not sure if there is another commercially available probiotic that was isolated directly from the GI tract, not the stool.

It could be a matter of duration and dosage.
You would also possibly zero in on Bifido species because of its possible importance and selectivity from birth.

Populations of bifido decrease over the age of 60.

Problem isn’t just the dosage but the diversity of bacteria that can only be obtained through fmt. Delivery method is also likely a player.

Actually I could post a rebutile to these statements, its why I posted the studies.

So when you see this what could it also say about fecal transplants?
Solely relying on stool sampling as a proxy of mucosal GI composition and function may yield limited conclusions
What is in the stool does not necessarily correlate with mucosal gi composition, hence FMT may yield limited results, or the use of bacteria mostly found in the stool, after all this is waste.

Also, another study I posted the example being c.diff.

Among adults with RCDI, FMT via oral capsules was not inferior to delivery by colonoscopy for preventing recurrent infection over 12 weeks. Treatment with oral capsules may be an effective approach to treating RCDI.

This is still just looking at a single strain. This single strain has quite a bit going for it.
They talk about “keystone” bacteria when it comes to success of fmt.

Bifidobacterium infantis 35624 has been shown to normalize noradrenaline levels in the brainstem region that regulates mood but also alters other neurotransmitters, such as gamma-aminobutyric acid and serotonin.

I dont feel bad about wanting to know others experience with this probiotic.
Meaning im pretty sure its not going to make you worse.
I would be looking at a minimum dosage of 10 billion per day.