Lets do this everyone!

The YouTube project doesn’t seem to get gathering much momentum. I can’t stress how important this is for exposure. I’ve worked in social media and I know how little effort something like this could take to gain maximum exposure. I think we just need to overcome that fear of being judged. A few days ago Ryan @Papasmurf posted a heartfelt video on Facebook. Not a single person questioned him or judged him, only an outpour of support, shock and rage. It nearly has 3,000 views. I have to admit the video made me cry aswell. I felt every word. Our fucked up situation WILL trigger a massive emotional response and this is what we want. Now imagine everyone on this forum liking and sharing a video, their own story spoken by a few. Friends and family who didn’t understand the big fuss are going to suddenly get it. Even people who barely just know you are going to be mortified. Your local Gp might think, oh shit maybe I was wrong, maybe I ruined a life. 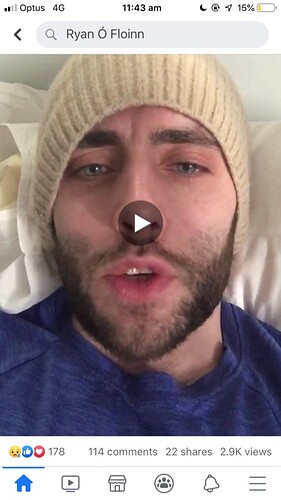 image450×800 64.6 KB
Just a picture to show how many comments and views this post gathered.

Think of this as an easy University/college project that will take less than a day. I know equipment and such is overwhelming for a lot of people but honestly you don’t need anything more than a smartphone, a well lit room near a window, and a cheap smartphone stand to stabilise. You can get these off eBay or amazon for around 10-20 dollars. Entire movies have been shot on iPhones and maintained relatively good quality.

What I propose is we sign up some people on this thread and to maybe a deadline in a month- enough time to write about what you want to say, think of a great place to set it up, order a stand. A month for a project that could realistically be done in a day.

Axo and Awor have done the extremely hard stuff which is getting the scientists to even hear us out, which is fucking impossible I even tried myself for a while and felt defeated within weeks. All we need to do now is gather round and lift the issue to where it should be. People need to see faces. There’s a reason newspapers print full victim profiles taking up pages after a massive terrorist attack or disaster. People need to see the names and faces in order to give any fucks. “100 people died” oh yeh that sucks. Names and faces shown OMG THE DEVESTATION, THE HUMANITY, WHAT WILL WE DO, TAKE MY MONEY.

Everyone get on board and this will get some wheels in motion. Stop asking what you can do and do something.

Let go of Baylor, science is progressing we don’t need them. They’re too slow for us anyway.

Goodmorning everyone, it’s me!!! And I’m not taking no for an answer.

Tumbleweeds and crickets chirping are no good in finding a cure. If you all want to wear paper bags on your head and sit in a corner saying “where’s Baylor” then you can resign to a life of being damaged horrifically by something that could potentially have a cure that is quite simple when it’s finally figured out.

I know some of you have some extremely moving stories. People on here were meant for great things. This is what the project is about!! I know some of us feel “too damaged” to even do this project, but honestly those people are some of the best candidates for it. I know this is a hugely touchy subject and almost everyone will shed tears while recording, but that’s the point. Let it show. Emotion is powerful when connecting with an audience, it shows bravery and courage. Everyone has the chance to make a difference here, and this has huge implications beyond PFS. If they find a way to diagnose and treat one type of drug induced disease, it could open a huge door. This is a chance to make history, and I’m not being dramatic.

Here’s an example of a good iPhone stand, because most people are lazy like me. 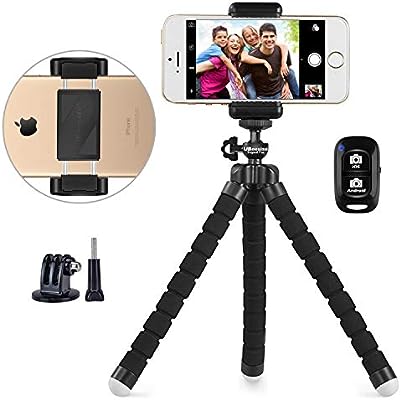 Hi, is there a link available to his Facebook video? Thanks

Hi Jim, he posted it on here if you wanted to see that. Unless you were more interested in the comments? I can ask him for permission if that’s the case.

Part of my story General Discussion

I wasn’t going to share this here as I want to keep it centralised to my friends and family but I made a video while I was in hospital recently something that really scared me after visiting a guys Facebook who died from PFS was that people didn’t understand what happened to him or mostly likely put it down to just depression. I won’t leave this world in silence without people knowing what happened to me, I can’t and I won’t, this is why they are allowed to get away with this. I tagged the leadi…

The link in the message you posted here does not work. Let me know if he allows you to repost the link. Thanks

Oh you mean the video doesn’t work in the thread? wonder why thats happening for some people. Yeh, no worries.

Yes, we can do that - and we’re about to do a lot more outreach. However, what is happening to people is what we need most of all in the conversations we have.

It really is so important those in a position to step forward to tell their story. We are offering an opportunity to put a series out together on the propeciahelp youtube, providing a coherent point of reference to share, and strength in numbers. First on patients suffering after finasteride, but then we hope to include SSRI and accutane patients in a subsequent series.

A personal video - a face and a story - is what connects with people and will end this being a hidden crisis; End denial by those ignorant to the suffering of those unlucky enough to suffer with this rare disease. Hoping someone else will take care of this is not enough. We need to undeniably establish what is happening to people in the first place - this hasn’t been done because of the fact there’s been very little focus on organisation to get the clinical reality out there prior to the past year or so. Along with the survey, this is one of the ways you have the most power individually to help do that.

We are reaching out to family members of lost PFS patients, so hopefully a potential series on the propeciahelp youtube will also combine their testimony with that of patients. Please see the topic below and private message @Jaime, @greek or @tzinkman for anything you’d like to discuss about this

Please read this guide in full to make and submit a video for our YouTube Project. If you already have a video to submit, please send a message to @Jaime or @Greek. Introduction We are asking patients with the bravery to publicly share their stories to make and submit a video to our YouTube series of patient stories. It is important to have our voices heard together in a series of individual videos which we will post and promote on the PropeciaHelp youtube channel. We are aiming for six stories …

Sorry I’m an idiot and didn’t post a link to the actual project.

Don’t think “oh thats not me” because it’s all of us no matter which drug you took or how old you are. Once we have all the material needed it will be easy to make both a PFS video and a mixed video in quick succession. We need leaders here! PSSD, accutane, any other anti androgen, please step forward. We’re in it together.

You may have the opportunity to make a difference in so many lives, it all starts here.