Dysphagia After trying CBD one time

Good evening, sorry for my english i use the translator because i am french.

those who had the problem of dysphagia, have you recovered? If yes, how ? I’ve had this since I tried CBD 3 weeks ago.

Take Care of yourself…

Is your issue from only CBD, or did you use fin / Accutane or antidepressants before it?

A few people here have reported it, @Mercked and @hippydoof comes to mind.

I’ll make a wish for you to recover!

in fact i’ve had PFS for a year and a half, with pretty much all of the symptoms listed here. (extreme fatigue, sexual disorders …)

And it was taking CBD three weeks ago that gave me dysphagia. After doing some research, I wonder if there is not a link with dopamine: unless I am mistaken, CBD inhibits dopamine in favor of serotonin.

thank you for your kindness, and i also hope to get better. Dysphagia is really one of the worst ES in my eyes.

I don’t know much about CBD, but it seems we are extra suspectible to many various substances. Especially 5ARI or anti androgens. Didn’t find much about CBDs effect on androgens though.

But I do believe serotonin can be antiandrogenic, so maybe that’s the link?

If you’ve had PFS that long it would be great if you could do the survey here on the site.

While it won’t help your dysphagia directly, it could help speed up the process for a cure. Or at least for scientists to find where the cause of our issue lies.

Holy shit. What’s your dysphagia like? Did you develop muscular dystrophy when you got PFS before this incident? I think I know exactly what you’re going through. Mine was triggered by an NAD boosting supplement: DYSPHAGIA I feel like I am going to die as well and a warning about NAD+ supplements

For 4 months now I’ve been suffering from constant aspiration leading to violent uncontrollable coughing like I am gasping for life. Not just aspirating food or water, but literally drowning on my own saliva every day. It is also the worst and life-threatening thing I’ve ever experienced since getting PFS years ago.

If I remember right, THC interferes with DHT binding to AR. I am seeing a lot of articles of CBD’s potential therapeutic effects on prostate cancer so that suggests it interferes with AR expression in some way. I think your CBD and my NAD+ messed with the epigenetic expression of the genes involved with our swallowing muscles.

indeed, I already answered the survey yesterday, no worries about it.

my dysphagia is less important than yours but I am also choking. I don’t have any muscular dystrophy, but I am constantly losing muscle. And I feel fragile. Have you improved your dysphagia?

My dysphagia improved then it got worse, then it improves and it gets worse again. It is only a little better. I still have an altered diet and several violent coughing fits throughout the day. I have excessive saliva and I am constantly spitting it out to avoid it getting into my airway.

I am not seeing much improvement after 4 months to be honest. Some days it feels like I haven’t improved at all. I am suffering here. It’s very exhausting.

don’t you plan to feed yourself through a stomach tube? It’s horrible, but it’s probably less so than eating a meal while choking.

I keep you informed but I surely have the same thing as you … Courage, I hope we find a way to get back to our baseline …

For me I think I have pharyngeal dysphagia. There is no sign of any blockages. I don’t know if a neurologist could help.

A gastroenterologist could get you to take a videofluoroscopy which I am waiting on myself for months now after being assigned the wrong study by an ENT/the hospital twice.

Following the results of a videofluoroscopy is working with a speech language pathologist who will assign exercises and maybe diet recommendations. Maybe addition testing using manometry could be involved.

A feeding tube would be too extreme. Besides we need to avoid putting ourselves at risk of having to take medications like antibiotics as they can interact with AR expression and worsen our dysphagia as I have discovered recently.

The thought that this will never get better would be truly a nightmare but I am hopeful that we will both recover from this and will be able to eat normally again.

on the other hand, are you sure it’s a testosterone problem (for dysphagia)? I don’t think testosterone affects swallowing. But i’m not sûre.

For my part, CBD acts on serotonin and dopamine, I rather feel that it is related to that.

on the other hand, are you sure it’s a testosterone problem (for dysphagia)? I don’t think testosterone affects swallowing.

CBD seems to block this enzyme 17α‐hydroxylase. Maybe this resulted in altered AR expression downstream from that. I have no idea. I remember CBD making me worse when I tried it. It actually gives me anxiety. 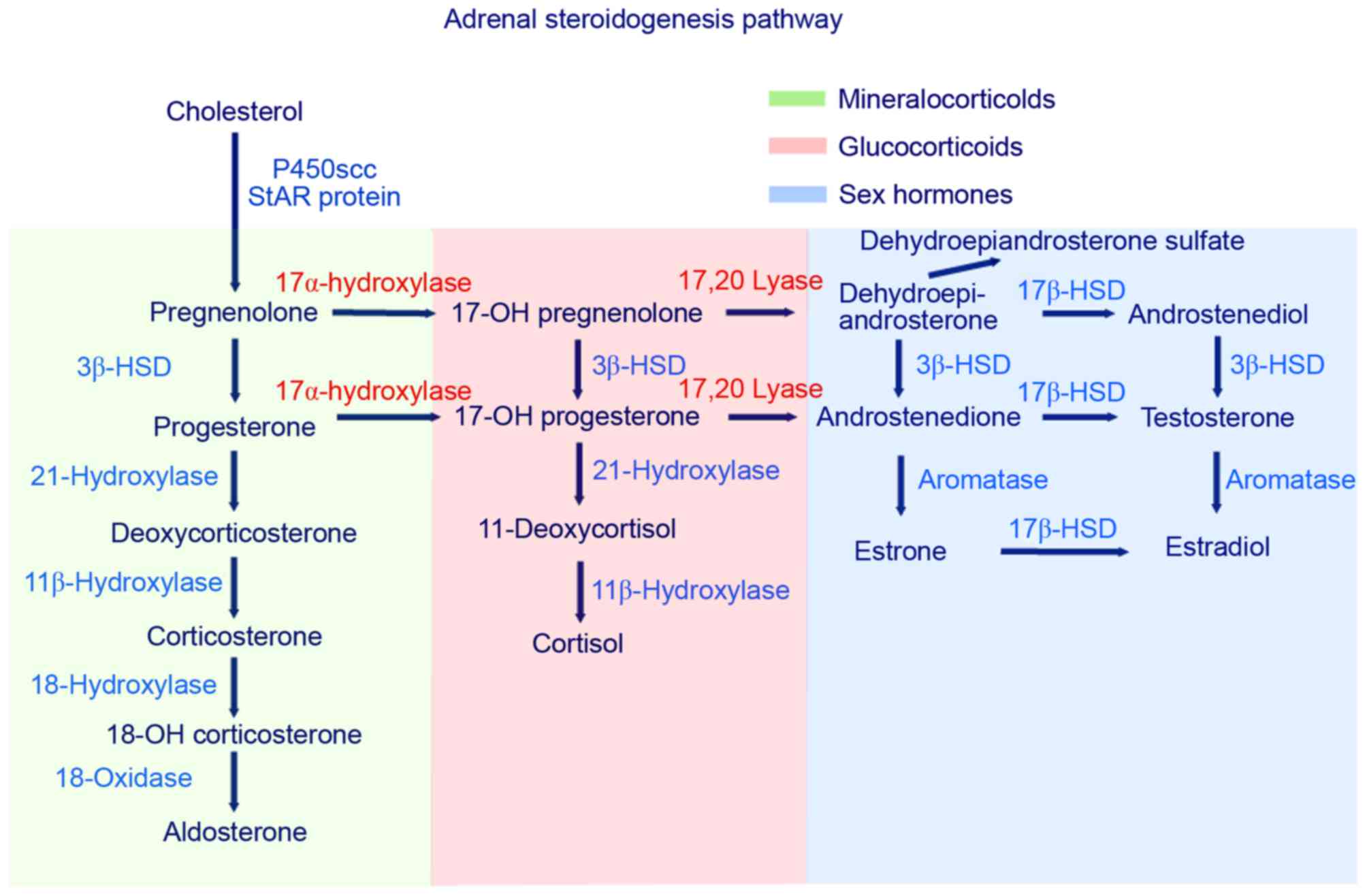 How have you been doing?

I’m sorry, I try not to come to this site too much, being already stressed out.

I was able to eat pasta and ground beef for 2-3 days (is that a good sign?), But I have a complete blockage again.

I don’t know if stress can do something so important.

My doctor put a camera through my nose up to my tongue and according to him there is no problem at this level. I had to do an x-ray while drinking liquid but I couldn’t swallow it so it was missed …

on the 18th I have an appointment with the neurologist and on the 19th I will do a gastroscopy with biopsy.

And you, how have you been ?
Courage.

Moreover, my doctors do not think that it is neurological because according to them I would have had other after-effects which would have been added to that.

However, I do not have any (apart from ES of finasteride obviously …)

I hope they are right …

Yeah, my dysphagia diet was a lot of meat sauce pasta too until I couldn’t swallow the meat in meat sauce anymore.

Dysphagia can be psychogenic, sure, but that’s caused by traumatization from a previous choking episode triggering anxiety.

Regulatory bodies of multiple countries have acknowledged reports of muscular dystrophy or wasting as a side effect of taking finasteride. There’s no shortage of people suffering from muscular symptoms here including a few people here who developed dysphagia, but that won’t stop doctors from gaslighting you out of sheer ignorance or indifference.

I myself suffer from muscular dystrophy in several parts of the body including the upper esophageal sphincter which forces me to use lower pressure settings on my CPAP machine after taking finasteride.

It’s been pure suffering for me the past couple of weeks with no signs of improvement. My problem is constant aspiration followed by violent house-shaking coughing fits every hour or so. Things just go down both hatches for me.

I didn’t think a neurologist would be of much help. I think this problem we have is tissue-specific but I don’t think a biopsy would detect anything. I don’t know.

It sounds like they had you do an upper gastrointestinal exam/barium swallow and not a modified barium swallow/videofluoroscopy which is the one I need and you as well if the problem starts above the esophagus.

Could you describe how you are unable to swallow? Where are you feeling the blockage? I found a video that shows possible causes. For you it could be cricopharyngeal stricture and/or esophageal dysmotility: https://youtu.be/wLp65JK4bRE

What is the CPAP machine?

For my part, I never cough. I burp quite regularly, and my stomach hurts a bit. (probably related to the fact that my stomach is constantly empty.)

No food is going into my airway. (maybe because I’m careful.)

I have the impression that it is blocking at the level of the glottis, but obviously at this level I have no problem according to my ORL …

I also have a strange feeling in my throat, as if a valve is not closed enough. (or too closed)