Celebs another one to watch

Well spotted @Cbrandel poor guy. When will all of these suicides “often by people with great lives who suddenly change” be connected. Pharma and health authority post vigilance have a huge price to pay for what they’ve deliberately rebuked and then there are the likes of us ,some seriously maimed and disabled who find themselves on places like here trying to make sense of it all with our lives turned upside down. Justice will be served one day. Things like this don’t go unounished even if not in this life but definitely the next.

When did u stop the drug

Re exposure or use of similar substances/supplements is what often seperates those who recover/ get better over time from those who don’t improve or get worse. So stay away from 5ARi’s. Best advice you can take

First time I’ve heard of mental illness as a cause of death.

@Dubya_B
A subtle way to say she committed suicide.
Same thing people say about us, “PFS didn’t kill him, he was just depressed!(mentally ill)”

In the photo he looks much thinner, with less hair and a walking cane.

Pure conjecture, but the article referred to it as a “mystery illness” several times.

Good catch, he’s got the sunken eyes and everything. Could be Proscar, maybe he’ll show up here join your club.

Come on now guys, let’s not jump to assumptions without even knowing whether they took a 5-alpha-reductase inhibitor.

@Wintermoon
If I was out of line I apologize, but this thread seems centered on speculation. That said, Danny B. has a Twitter conversation dedicated to his hair. Maybe someone here with a Twitter account could ask about Propecia and suggest he investigate PFS.

I’ll add this, I found a podcaster with a show called “Bertcast” who lists an interesting discussion on a past show. Maybe we should reach out to him, get some exposure… his podcast said:

I don’t mind so much the speculation about people that we know are using the drugs, but when people make wild guesses when people suffer from ‘unnamed diseases’ with the only similarity being ‘dark rings under the eyes’ then honestly I feel that is kind of grasping at straws and it’s not a good look for us. 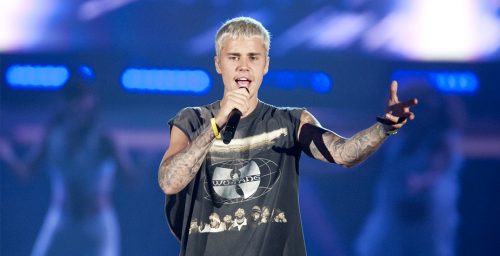 The singer has taken to Instagram to say his "sickness is getting worse" and he has to postpone several shows.

Making contct with one of these celebs would be pivitol

Yeah I honestly think there’s a good chance he’s suffering from PFS. I don’t think it’s Lyme disease which he supposedly had back in 2020.

He’s having persistent health issues and is on finasteride. I can’t help but attribute it to fin.

So often PSSD and PFS victims think it’s caused by gut microbiotic changes or lyme disease. So why shouldn’t the management mimicri the stigmatizing sexual disfunction pfs as Lyme disease?

We don’t really know, even though it is likely considering his stance on hairloss, whether he is actually ON finasteride. And even if he was, he could be suffering from anything.

Though I agree, a celeb who would come out with PFS, bloody unlikely as it is, would be great for awareness.

Interesting. Dude had a blow-dried look in his youth and I have a theory that blow-drying causes more MPB than genetics.