They very first time I used this drug I can remember having a terrible reaction. My dose was around .5 mg or so and in solution from UG lab, and I remember almost instantly having a panic attack/feeling spaced out, and later that day I went swimming and had a brutal cold shock/diving reflex like I’d never has before in the water - like my autonomic nervous system was not reacting properly.

Since then my e2 levels have been kept fairly low, and when they rise, I have a strange mix of both high and low e2 symptoms. Prior to ever using an AI, I did a cycle of testosterone without it, and felt amazing! Huge energy, libido, muscle pump etc. I never should’ve touched it.

I am still on arimidex .5 mg EOD, which seems to keep me functioning somewhat normally.

Here are some symptoms I experience when my e2 rises and I stop taking arimidex, in order of most to least frequent:

When e2 is low, it is pure hell and I get feelings of pain in my wrists and forearms and through my whole body. I even suspect this alters my cartilage or collagen production in my skin and face, which has caused increased stretch marks, wrinkles, and ashy or dry skin, even on my palms and tops of my hands where it’s never happened before.

Taken together, I believe all of my symptoms in some way resemble a systemic disease or auto-immune condition, which I suspected may be the early onset of MS, schizophrenia, or Parkinson’s. I even had an MRI done in 2018 to check for lesions for MS, which came back fine, though I’m thinking of having another done as symptoms have progressed. Estrogens play a critical role in all of these conditions, and this is heavily noted in research.

In fact many, many of the symptoms of this condition, which appears to be progressive and neurodegenerative, appear to resemble Parkinson’s or dementia, especially changes in my autonomic nervous system. This is so frightening that I’m hardly able to acknowledge it, as I am only 25 years old. OH and issues with random muscle spasms, poor fine motor control, and speech/vocal articulation are present also.

Basically I feel like a shell of myself and more similar to my 68 yr old father than a 25 yr old man due to all of this. There appear to be both good and bad days, and I think dopamine production plays a large role, as well as e2 receptor overload/knockout like some have mentioned, as well as DIFFERENTIAL e2 action across different tissues - my bones and joints appear to experience low e2, with pain and cracking, while my nipples may be sore, etc. etc. I suspect LH is somehow implicated also, perhaps LH insensitivity due to overload from repeated AI use.

Still there are days when I feel back to my old self, though this may be wishful thinking and at this phase I’m still optimistic about a recovery, and it can be hard to separate my symptoms from ones I may have dealt with organically (MPB is common in my family, though nobody has it in the atypical fashion like I do).

Please, has ANYONE noticed any improvement in this?

Hello and welcome to the forum. Your first post has been moved to its own “Member Story” topic from Gents93 story - Post Aromatase Inhibitor Syndrome so that @gents93’s story can stand alone .

Let me or another mod know if you are having any trouble making edits that you may wish to make to this topic.

what OTC AI did you take before arimidex

Damn bro, how much T are you taking a week.
Ditch the arimidex bro, is. Nasty stuff, ruins you lipids and give you osteoporosis. Don’t wait!
Estrogen is good for you brain :3 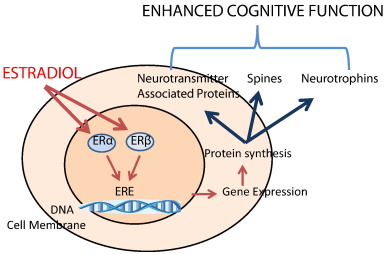 Sorry for your pain @b42 . I’ve been there myself for far too long. See I’ve been on arimidex; aromasin & letrozole at different periods dating back to my mid 20s (I’m 39 now). It has been such a hellish ride. You don’t say what’s your current E2 level and what’s your TRT dose? What Testosterone ester are you on? Are you under the supervision of a doctor? Did you have a primary or secondary hypogonadism? On HCG? Starting TRT at 20 is very unfortunate.

Give me high E2 sides over low E2 any day! E2 is way too important. I still get cracking joints and achy wrists to this day. E2 is also implicated in dopamine and serotonin neurotransmission. To put it bluntly, there’re numerous bodily processes that are E2 dependent including libido/emotion, which are largely governed by E2. You need to balance T:E2 to feel your best. There’s a very delicate sweet spot that you can easily miss when trying to balance T:E2 but you’ll know it when you ever hit it. Chronically low E2 is by far the worst thing you could possibly do to your body.

Yes, I also had a severe acute reaction to anastrozole with similar symptoms to yours. I’m surprised you’re even still taking it and would recommend tapering off. Anyways I just posted my story where I talk about it. I have seen improvement but it’s taking it’s sweet time.