Where are all the Post Accutane Syndrome (PAS) / Isotretinoin sufferers?

It appears that the Isotretinoin market is almost two times the size of the finasteride market by these sources:

I did not find any info on how big the whole finasteride market is (including generics), but despite this it still seem that the isotretinoin market is larger than the one for finasteride.

So why are we not seeing as may isotretinoin (PAS) cases around the Internet? Is the incidence rate of persistent side effects for isotretinoin lower than for finasteride? Or are the sufferers just not as well organized or visible?

If you are suffering from long term isotretinoin / Accutane side effects after quitting the drug, please join this site and help us improve the conversation. Let’s learn from each other, be stronger together.

There was a massive dispersement of the post-Accutane community in 2011 after the old RoAccutane Action Group forum (RAGforum) vanished. It was supposedly ~5,000 members strong, with around 1/3 to 1/2 of them suffering from PFS-like symptoms (depending on who you ask). Many appeared to find their way there after seeing advertisements for Accutane lawsuits in the 2000s and making the connection between their symptoms and Accutane.

Since then, there remains a constant stream of isolated victims landing across hundreds of different health-related websites in their search for answers. There are a few hubs, but we are very spread-out compared to the PFS community. Unfortunately for them, many land in what amount to digital Q/A cesspools of dermatologists or clinic workers claiming patient’s concerns are psychosomatic or unrelated to Accutane because they have supposedly never seen a patient with such complaints themselves. This includes parents asking if Accutane could be involved their child’s suicide being told it is impossible for a drug that “mainly effects the skin” to cause such adverse effects. This also applies to nearly any claim of long-term side effects from Accutane.

Others find these hubs, post, then are never seen again. Many say they do not participate because there is no current research specific to Accutane and believe nothing can be done about post-Accutane side-effects.

We can certainly change this if people keep fighting instead of giving up.

If any post-Accutane sufferer is reading this, please, for the sake of getting your life back someday, contact as many others as you can to help bring us all together here.

Just joined the site because of this post, but have been a lurker for about 2 weeks now.

I took Absorbica (Accutane generic) at 70mg/day back in August of 2015 for a mere 6 weeks, and have had severe, persistent side effects since.

I’m not too sure how to meaningfully contribute to the conversation at the moment, but I hope to eventually help in some way. The one thing I am currently looking into now is getting a 23andme test done so that I can help with providing more data for your experiments/data analysis!

Probably the best thing to do at first is to fill out the member template and post your experience with Accutane in the “Member Stories” category.

There really is no collation of the most common post-Accutane symptoms and we would like to change that by collecting this information from members. Simply by sharing your experience with Accutane helps us all relate.

And we’re really looking forward to the 23andMe analysis having a big impact. More information will be announced soon.

Welcome to the forum!

Thanks @Dubya_B I think you hit the nail right on the head. It doesn’t seem like there is as much organization as opposed to the PFS forum. The one thread I keep reading from the acne.org forum has over 600 pages and while it has a substantial amount of good information it has a substantial amount of rabbit holes. If it were at all possible to have a section that is dedicated to organizing: Plans, symptoms, side effects, supplements, and known “do not trys” i think that would be beneficial and perhaps would get all of the users to move to a place that is effective.

The biggest thing after coming into contact with the acne.org forum is that we’re trying to keep a steady pace going through a single thread.

I come here but i don’t get as many responses as I do with Acne.org or here at propecia help

Also to be very honest, a lot of people are very very surprised that a single pill could have such a adverse effect on a person, but the fact of the matter is that it did on my brother. BUT what i want to say, is that I think i’ve made a correlation to people like my brother who have had minimal dosage exposure but have either had (1) a history of taking antibiotics (say your parents are always sending you to get meds to address colds etc or when you have the flu) (2) or you either took Doxycycline before you took Isotretinoin or after Isotretinoin regardless of what your Isotretinoin dosage was.

I think the drug drug interaction may have been the case, or may not have. I now will never know, but what i do know is that the isotretinoin half life according tot he box is 2 weeks, but after my brother spoke to the lead pharmacist at his work (number 1 trauma hospital in our state) the pharmacist agreed with my brother(hes a nurse) that the drug itself can be longer than 2 weeks and it honestly is in your system for 3 months or longer.

With that said, its almost like any drug u take within that time frame will create more adverse side effects, now add it alcohol, add in diet in this time period and now you have more adverse changes. I liken it to a pinball machine where the pinball is moving around your body doing all this damage and each time you introduce something else into your body during this “free play” period it’s increasing the speed of the pinball.

I hope this makes sense, every day is getting harder for him at least mentally, he’s started a the plan and has seen some changes in the bowel movements, but i’m really hoping for changes to his dryness in regards to his eyes.

Thanks for being supportive.

If it were at all possible to have a section that is dedicated to organizing: Plans, symptoms, side effects, supplements

can you elaborate on that?

Also, re this PAS forum: I obviously always applaud people who are empathetic and trying to do something to support our community (in the larger sense). On the other hand, building more forums is further dividing a community of sufferers, which desperately need to be united, thereby gaining more visibility.

I don’t know who is running that site, but if he closes it down and redirects his domain to here, he is more than welcome to join us as a moderator of this site. I think we really have a great community going here, the user experience from the platform we are using is best in class (even on mobile), we are well networked with scientists (through my involvement with the Foundation) and have a solid road-map of initiatives going for us. All this becomes even more powerful, if we can focus the users in one place.

I agree with everything you have said, I find that I get more responses/views here than at the acne.org forum the only thing is that I started there because it was mainly for those who took Isotretinoin. I’m not sure who the moderator is I don’t see any responses from mods on that forum to be quite frank.

This is another site i was going to i like the way it was organized but it just doesn’t seem to get as much views or responses as this one does.

Can you complete the member template? That would be a big help.

NEW MEMBERS, PLEASE FILL IN THE FOLLOWING TEMPLATE. This is so that we can more easily track symptoms and hopefully find patterns in our syndrome. This will also help others understand your background and situation. Where are you from (country)? USA How did you find this forum (Google search – if so, what search terms? Via link from a forum or website – if so, what page? Other?) I found it through a friend Devolution, from the Accne.org forums specifically about Accutane and it’s side effe…

All you need to do is create a new topic in the Member Stories category, and the template will automagically appear

Sorry, I linked the original member story i completed the template.

Hi there.
I took propecia in 2000 and had no side effects. Then I took accutane in 2013 and every symptom of propecia hit me hard. Ed, shrinkage, zero libido, tinnitus, tremor, vision problems, panick attacks, brain fog, hair loss, hair thinning, muscle loss, low urine flow, everything.
Now, ED and low libido still exist (no brain-dick connection). Mentaly I am ok. Tinnitus still there. Vision problems there except floaters. Life goes on but it is different.

So sorry to hear about your situation, MrErdem.

It’d be great if you could fill out a member story, here:

Read members’ experiences of PFS and share your own story. Topics in this category are restricted to one per member. Please provide updates in your existing story instead of starting a new topic.

It’s super quick and helps us with science research. So - you can make a difference just by filling it out.

Also - why not set a cool avatar on here? So you have an image next to your name. It is not for science - but looks mega!

Did you stop fin? If so, when? How long did you take fin? Now, a very strange question: Have you ever had amalgam fill ins? Were you normal weight?
Or did you add Acc to your fin treatment? Thx

It was 2000 when I took fin and I guess I took it for a few months. Then I stopped because it was expensive (I was student at that moment) and my hair was alright. All these years between I was a health guy until I took accutane.

No I have no amalgams. I replaced them earlier.
Yes I was normal weight.

Thx!
So, no sides after quitting fin. Interesting.

When did you get your amalgam and when was it taken out? Did you do it safely? thx

I think I removed them in 2010 or so. Yes I told my dentist about that and he removed them safely and filled with some white stuff. 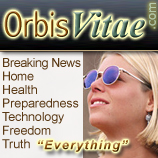 Safely means you had a cover? Did you chelate / detox before / after? Tested on metal load (merckury

I am not sure if I could make myself clear.

I had no side effect to recover after and during taking finasteride. I got side effects from accutane. And some part of my problems are recovered (floaters, suicidal state, panic attacks, tremor) but ED, libido problems, tinnitus continues. With the recovered part I tried many things but “time” healed me most … And “forgetting being normal” or in other words “adaptation” makes you go on. You accept the change and go on, it is that simple for me.