How could this work with Finasteride?
Fin could equal= immune suppression
Immune suppression could have the potential to be more dangerous than most autoimmune diseases.
Dont you feel PFS is on the opposite end of this spectrum?
Often, the first symptoms are fatigue, muscle aches and a low fever . The classic sign of an autoimmune disease is inflammation, which can cause redness, heat, pain and swelling.
^In PFS I believe you want heat.

This could also be your coldness, lack of ability to generate fever or to “fight” what is aling you.
It could be a two fold approach to induce a “shift back” in health.
What do you knock down and what do you promote?

Just pulled this from a search. I was actually kind of surprised with only 8 hits from searching Augmentin.

Hello guys, first i want to tell you that english is not my native language, so i hope its good enough for you to read my story. i’m 34yo , i took propecia at 2003, for 2 months , and stopped cold turkey. i took it for hair loss, like the rest of you i think it was 10 days after i took the first pill that i started to feel “no myself” and i think you are the only one in this world that can unerstand what do i mean by that. something inside me has changed, i was a happy guy all my live, ne…


Piecing together a few thoughts here,
“the only thing so far that made me feel 80% libido was antibiotics - AUGMENTIN
i took it after some operation i had, and it made me my old self for those 10 days i took it
after i stopped… the feeling dissapear with the libido…”

The antibiotic resistance of Propionibacterium acnes in acne vulgaris patients

Propionibacterium acnes strains were most frequently susceptible to Augmentin (95%).

We performed testing on 33 strains of P. acnes collected between November 2010 and December 2012, 28 of which were from orthopedic surgeries on the shoulder and 5 of which were isolates from bloodstream or other deep infections.

The penicillins (penicillin G and amoxicillin) and cephalosporins (cephalothin and ceftriaxone) showed strong activity against P. acnes , with many isolates showing MICs lower than the lowest antibiotic concentration on the Etest strip.

Use of probiotics to correct dysbiosis of normal microbiota following disease or disruptive events: a systematic review

Use of probiotics to correct dysbiosis of normal microbiota following disease...

To assess the evidence for the claim probiotics can correct dysbiosis of the normal microbiota resulting from disease or disruptive events.Systematic review of published clinical trials of patients receiving a probiotic intervention for the...

I only stopped antibiotics as they kill so much bacteria that you just get fatter and that causes other issues.

This may help your research, 3 things that have helped me.

RA seems the common denominator for myself.

Would be good if there was one probiotic that lowered skin inflammation.

Probiotics taken orally can most definitely have an impact on the skin, both good and bad.
Skin health could be measured by multiple characteristics.
One that comes to mind is blood flow, healthy color, not pale.

Often, the first symptoms are fatigue, muscle aches and a low fever . The classic sign of an autoimmune disease is inflammation, which can cause redness, heat, pain and swelling.

Immunity or immune activation could also be involved in the healing process.
So symptoms described here as an autoimmune disease could also be a sign of healing in PFS.

In PFS the immune system may not mount the usual obvious reactions to threats, such as a fever or swelling. Maybe.

Going back to Augmentin, this is one thought, 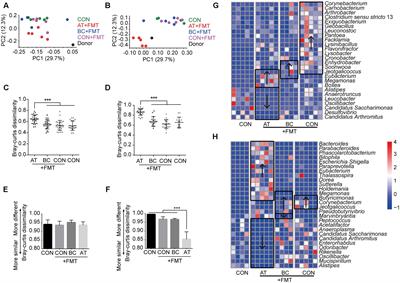