This is probably worth mentioning, there’s been alot of talk of butyrate on here, not much of the other two scfa(s), propionate and acetate.
There’s really alot to look at here outside of ms treatment. I cant paste anything from the article because its copyright protected.

Maybe how you heal or don’t heal from PFS could depend on gut microbiota composition and in turn a altered scfa ratio.
Ive posted this before, but its a good follow-up.
Im also speaking from some experience here.

They talk about a blunted inflammatory response, which isnt always a good thing.
So the flip-side of the first article. 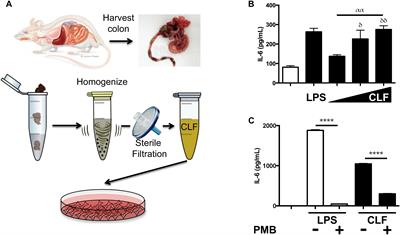 Short-chain fatty acids (SCFA) are important dietary and microbiome metabolites that can have roles in gut immunity as well as further afield. We previously observed that gut microbiome alteration via antibiotics led to attenuated lung inflammatory...

We conclude that specific SCFA metabolites, namely propionate and possibly acetate, are important contributors to the gut-lung immune axis of communication that may augment and suppress lung immune responses. Specifically, high propionate:acetate levels in the lung may be beneficial in situations where lung inflammation suppression is the goal, such as following lung transplant when ischemia reperfusion injury is a threat to graft survival. On the other hand, high propionate:acetate levels that may result from poor antibiotic stewardship and resulting gut microbiome dysbiosis could adversely affect the course of bacterial pneumonia. Propionate may be an unusual non-native compound (believed to be only derivable from the diet or gut microbiome) that has perhaps been adapted for specialized functions making it a fascinating topic for further investigation. Overall, we believe that SCFA levels achieved in the pulmonary parenchyma may be critical for “healthy” or “normal” primed immune responses to lung injury and as such determine the establishment of an overall homeostatic resting lung immune tone.

I recall using Sustanon 250 in the days of yore. It consisted of four testosterone esters among which was propionate. It’s extremely fast acting, which is said to be advantageous for minimizing conversion via aromatase (not sure). Dosing protocol of 150mg (sometimes 250) per week turned me into Superman

. That said, I still needed little AI + Proviron to balance T:E2. On the other hand, Testosterone enanthate was far more subtle in its effect, sort of slow acting.

Pulling a paragraph from here,

The Gut Microbiota and Inflammation in Rheumatoid Arthritis

The Gut Microbiota and Inflammation in Rheumatoid Arthritis | IntechOpen

“Mutualism” is a well-defined relationship that describes a form of cooperation between two living organisms of different species that ends up with a beneficial outcome for each one. Any disruption to such a relationship by an external trigger or a...

Ironically p. acnes produces the scfa propionate as its main metabolite or end product, along with acetate and co2.
There’s also current debate if p.acnes is even what causes acne.

Propionate has been demonstrated to dampen innate immune cell response to bacteria, and may also have roles in maintaining proper intestinal permeability [39, 42]. Lower levels may contribute to dysbiosis and neuroinflammation in the CNS leading to depressive symptoms.

But is p.acnes reduced forever?

I’d kill for some propionate and other SCFAs

There is a probiotic available closely related to p.acnes that produces propionate. Im not sure if its the right thing to do (as always), but im looking into it.

Can you remember its name?

Securil. its been around for awhile. Its low in stock right now across the web, it should be back in stock in a couple of weeks.
A strain of this was recently classified as a commensal and has 90% gene relation to these dairy strains, 60% to p. acnes.

As a defence reaction, inflammation is necessary to protect the body from damage. Although inflammation removes detrimental materials to enable the body to recover1, it is important to avoid insufficient or excessive inflammation via regulation by a well-established immune system.

Intestinal homeostasis is regulated by complex factors such as immune cells, epithelial cells, and the microbiota in the intestine, and together these factors affect the integrity of the intestinal mucus layer

Gut bacterial imbalance is linked with many neurological disorders. Now researchers have identified a common thread: changes in gut mucus. It's a new gut-brain connection that opens fresh paths for scientists searching for ways to treat brain...

Gut bacterial imbalance is linked with many neurological disorders. Now researchers have identified a common thread: changes in gut mucus. It’s a new gut-brain connection that opens fresh paths for scientists searching for ways to treat brain disorders by targeting our ‘second brain’ – the gut.

Still looking at this. Some notes.

Gut microbiota composition and function are symbiotically linked with host health and altered in metabolic, inflammatory and neurodegenerative disorders. Three recognised mechanisms exist by which the microbiome influences the gut–brain axis:...

Gut microbiota composition and function are symbiotically linked with host health and altered in metabolic, inflammatory and neurodegenerative disorders. Three recognised mechanisms exist by which the microbiome influences the gut–brain axis: modification of autonomic/sensorimotor connections, immune activation, and neuroendocrine pathway regulation. We hypothesised interactions between circulating gut-derived microbial metabolites, and the blood–brain barrier (BBB) also contribute to the gut–brain axis. Propionate, produced from dietary substrates by colonic bacteria, stimulates intestinal gluconeogenesis and is associated with reduced stress behaviours, but its potential endocrine role has not been addressed.

After demonstrating expression of the propionate receptor FFAR3 on human brain endothelium, we examined the impact of a physiologically relevant propionate concentration (1 μM) on BBB properties in vitro. Propionate inhibited pathways associated with non-specific microbial infections via a CD14-dependent mechanism, suppressed expression of LRP-1 and protected the BBB from oxidative stress via NRF2 (NFE2L2) signalling.

The gut microbiome harbours 150 times more genes than the human genome, significantly increasing the repertoire of functional genes available to the host and contributing to the harvesting of energy from food

It is clear, however, that gut-derived microbial metabolites and products such as lipopolysaccharide (LPS) can influence human health both in the intestine and systemically [12, 13], with reported effects ranging from mediation of xenobiotic toxicity [14], through modification of the risk of preterm birth [15] to induction of epigenetic programming in multiple host tissues [16,

gut microbe-depleted animals have been shown to exhibit changes in serotonergic and glutamatergic neuronal signalling [20] and expression of brain-derived neurotrophic factor (BDNF) within the limbic system [22, 23], providing a molecular correlate for behavioural changes.

The majority of studies looking at the role of SCFAs in the gut–brain axis have focused on butyrate [40], with relatively few investigating propionate despite its similar plasma concentration and receptor affinity. Propionate is a highly potent FFAR3 agonist for its size (agonist activity GTPγS pEC50 ( E max) 3.9–5.7(100%)) and is close to optimal ligand efficiency (−Δ G = 1.26 kcal mol−1 atom−1) for this receptor [41]. While propionate has been shown to stimulate intestinal gluconeogenesis through direct stimulation of enteric–CNS pathways [42] and increased intestinal propionate has been associated with reduced stress behaviours [43] and reward pathway activity

Given the critical gate-keeping role the BBB plays in communication between the periphery and the brain parenchyma, our findings set the stage for future investigation of the influence the gut microbiota has on this structure and the impact intestinal dysbiosis may have upon individual susceptibility to neurological and psychological diseases.

Our findings thus cement SCFAs as a key group of gut-derived microbial mediators modulating BBB function and provide evidence emphasising a direct action through the circulation.

I’ve had microbiome assay done with ThryveInside. They only check for bacteria at genus level. No candida or viruses are checked.

Below is a screenshot.

• My Akkermansia muciniphila is low. My Level:1.583% & Healthy Average:1.803%. It’s associated with mucosal thickness. So low numbers may increase gut permeability. Too bad it’s not available as probiotic yet

• My Faecalibacterium (produces butyric acid) are higher than normal. My level: 19.434% & Healthy Average:12.896%. This means I don’t need to supplement butyrate.

• My Lactobacillus is non-existent. Contrary to what I thought. My Level:0.010% & Healthy Average:1.182%. Most commercial probiotics have Lactobacillus strains so I’ll give it a shot.

• Too bad they didn’t check E. Coli. I think I’m low in them

Two thoughts with this and why stool samples might not tell the whole story (im sure you’ve seen my Viome results).

Take bifido bacteria for example, it absolutely dominates the infant feces across most of the globe at a 80% or more rate of the total bacterial count.

Bifidobacterial strains in the intestines of newborns originate from their mothers

Why Don’t All Infants Have Bifidobacteria in Their Stool?

So then where does it go after that?
Why the high number originally? is this something that is getting dumped or that you dont want dumped?
You could look at this both ways.

You could also look at different undesirable bacteria or even a virus that gets shed or purged through the feces.
Lets say you see pretty stable numbers of certain bacteria in the feces, but as a person gets older all of a sudden these numbers start to drop and your no longer keeping this undesirable bacteria in check and it starts to translocate. This could be part of the aging process, and dying for that matter.
So when you see these different percentages in the stool it might be hard to say for sure whats really going on.
Ive seen the term gatekeeper or protector a few times when it comes to certain microbes (bacteria that fights bacteria), but whats truly a protector and whats just waiting for an opportunity?

You make some good thoughts. I agree on the fact that microbiome testing is at its infancy at best, but thought it might at least help put me in the right direction. I’ve been randomly trialing with pre and pro biotics with let’s say, unsustainable results. I’ve had “feeling awesome” periods they don’t last. It’s like my microbiome is continuously shifting.

Where can I find your viome results thread?

just search “viome” it will come up pretty quick. It shows bacteria, yeast and viruses. I think they can even detect the covid19 virus at this point. It doesnt show percentages.

I think I posted this elsewhere, but im going to group this here as well.

Our data emphasize an immune-modulatory role of SCFAs and their importance for cardiovascular health. The data suggest that lifestyle modifications leading to augmented SCFA production could be a beneficial nonpharmacological preventive strategy for patients with hypertensive cardiovascular disease.

What Are the Clinical Implications?

Again the irony is Propionibacterium are the most efficient producers of propionate, hence the name.
idk.