A recent report from the Wall Street Journal reveals just how lucrative the hair loss industry has become. Paradigm shifts across cultural and marketplace landscapes have led to surging revenues and the projections of Global Market Insights forecast even greater returns in the coming years. 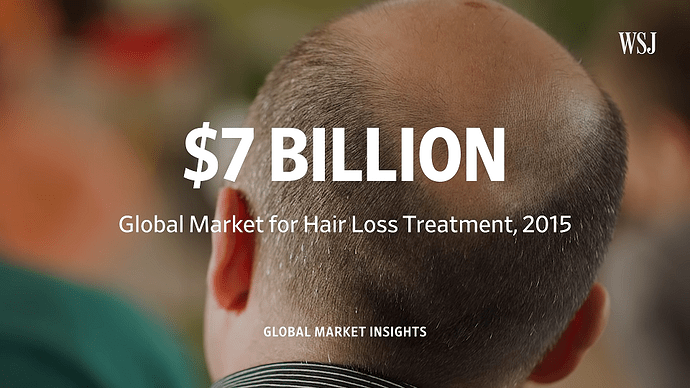 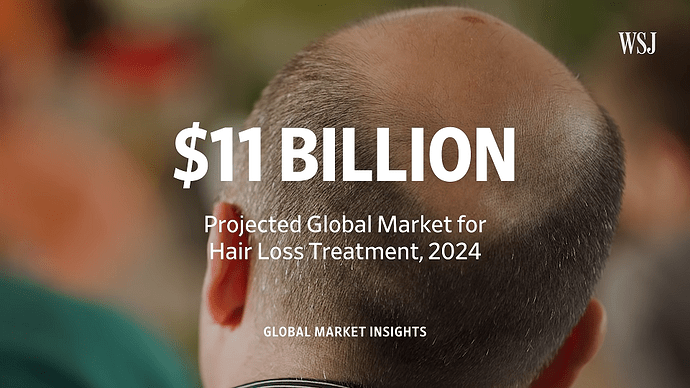 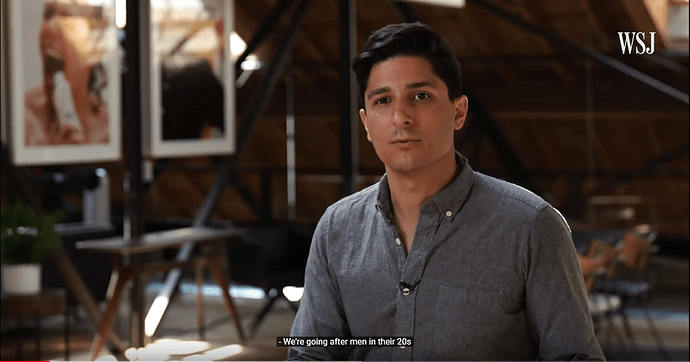 A previously untapped market has emerged: social media conscious men in their teens and twenties with access to inexpensive Finasteride, marketed to them directly via flashy phone-app pop up ads.

“Merck created a drug called Propecia a very long time ago. Today, if you go to a Walgreens or a CVS, that drug could cost you $100 or $200 per month. We now, at Hims and other players in the space, can offer generic options of finasteride for $20 or $25 per month.”

“And so, what you see is a huge proportion of the population who is scared of hair loss or experiencing hair loss but unable to afford it for a very long time now be able to move into the market”

“Social media is creating a huge behavioral shift. So is dating apps. When you’re always on social media, all you see is beautiful things, beautiful people,beautiful places, beautiful food, beautiful fashion. It creates a desire to be part of that, and you want to be just as pretty, just as handsome, just as good looking. Part of that is the way you look. So, it’s competitive. There’s a lot of pressure today.”

“The hair loss market and the explosive growth of that market is exceptionally reflective of what’s happening across the men’s market, which is that you have a new demographic of men, a younger group of men, who are encouraged to now be well and to be their ‘best selves’.”

Related here is a video from “Hair of Istanbul"

Increasingly younger men are travelling to the Turkish Capital to get hair transplants done at a fraction of the price charged in western countries. Youtube boyband RoadTrip TV visit the Hair of Instanbul clinic to get the procedure done together, as a type of boy’s surgery holiday, irrespective of each individual’s age, Norwood pattern and even need for the procedure. 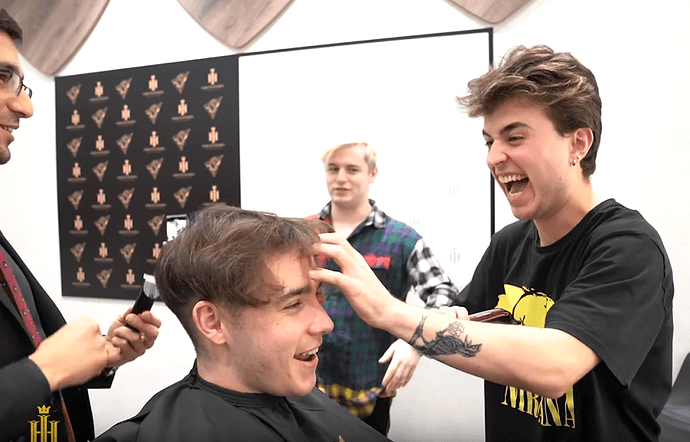 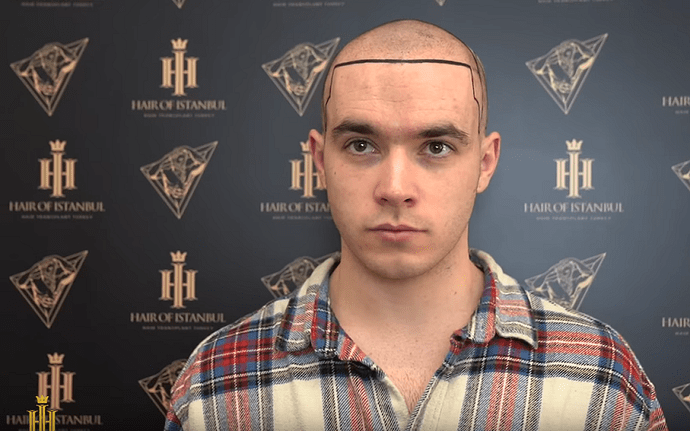 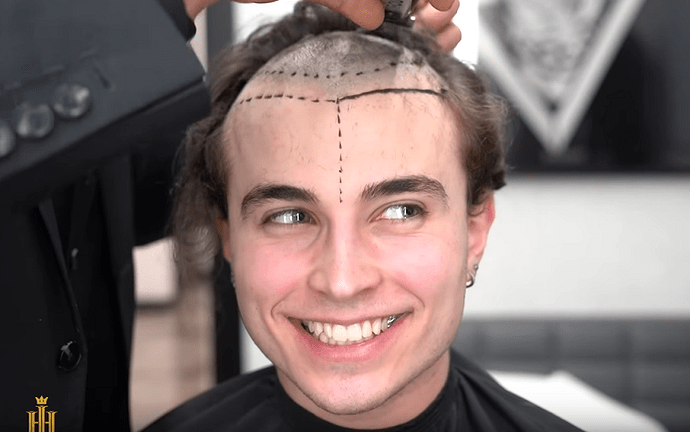 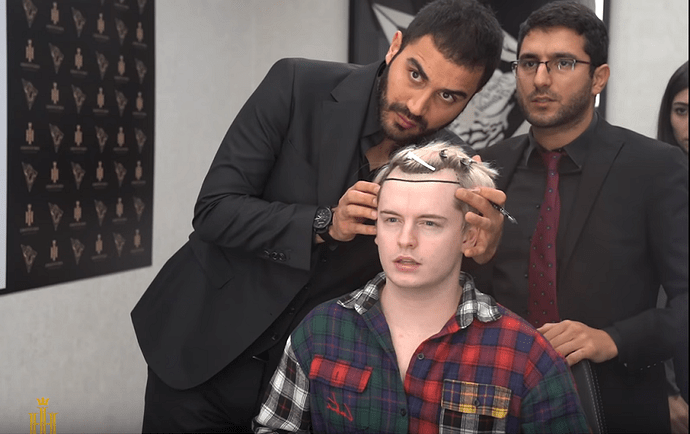 The transplanted hair lines they are opting for are adolescent 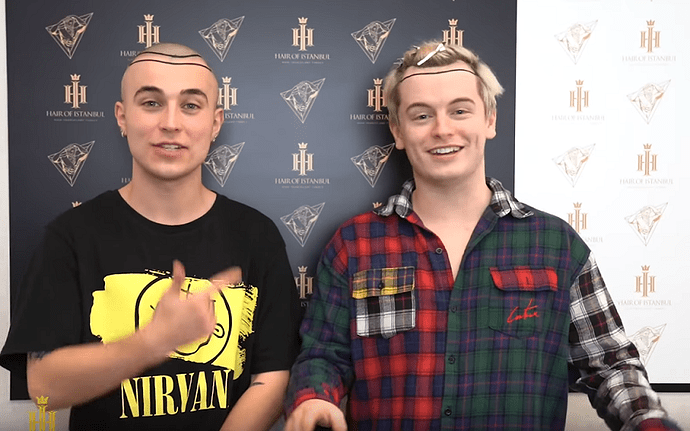 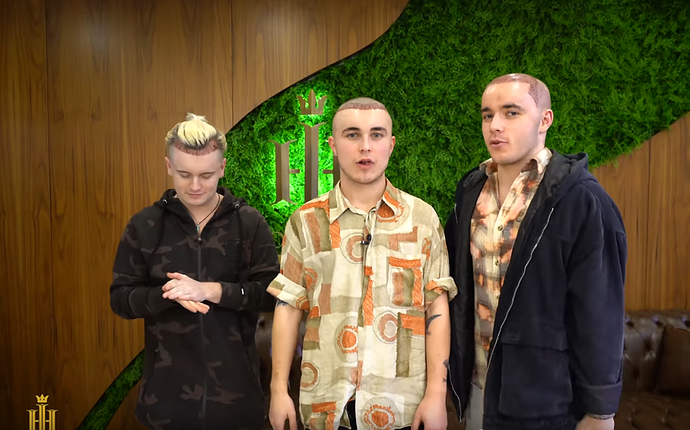 One of the members reveals he has already had an FUT transplant three years ago (when he was just 21), pointing to the scar that remains 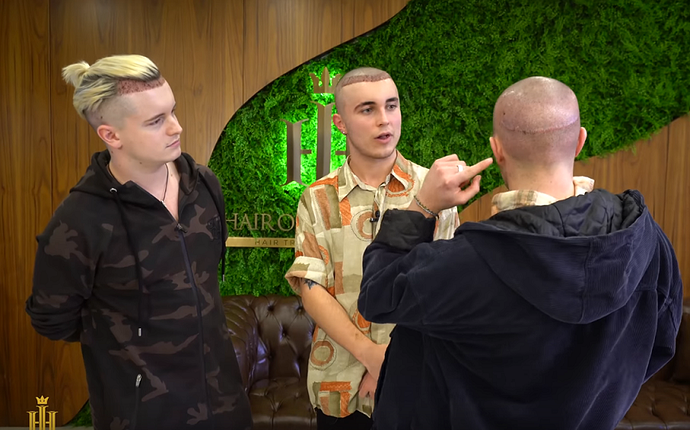 The end of the Wall Street Journal video reports that a full hair loss cure via stem cell curated “donor” hair transplantation could still be a decade away and will likely cost tens of thousands of dollars, making it cost-prohibitive for the afoementioned college age men. Stemson Therapeutics are pioneering the new technology but their CEO, Geoff Hamilton, warns that patients of this new procedure may still have to use Finasteride and Minoxidil for ongoing maintenance. Either way, it appears these two drugs will remain integral to the hair loss market for many years to come.

That guy’s not sleazy or anything.

Hair loss at a young age is certainly frightening. But when you’re gripped by fear, you can’t make rational judgments. I am keenly aware of the cost of a foolish choice.

They are playing into young men’s fears of becoming “old” before their time or not being “sexy” enough. Disgusting are all of them: Hims, Keeps, Roman.

DHT is not even the cause of baldness–genetics is. I want them to test 10,000 men and find that those who lose their hair do not necessarily have high DHT. It is not a matter of too much DHT!

An analogy would be all those people who have low or normal cholesterol levels who do have heart attacks and strokes. Big Pharma likes to tell people that the cause is too much cholesterol, when again, that is not the case. These hypotheses are all too easy to say and promote, it’s like pseudoscience has taken over medical science, all for profit in a capitalistic system.

That guy’s not sleazy or anything.

What that actually means: here is a market activation of men to go and be anxious over cosmetic/sexual performance issues and purchase proposed solutions which often include pharmaceutical chemicals with dangerous and poorly understood physiological effects within the body.

They are playing into young men’s fears of becoming “old” before their time or not being “sexy” enough. 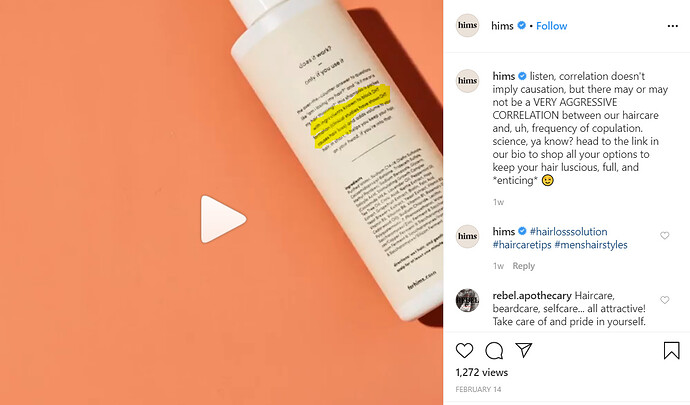 “a VERY AGGRESSIVE CORRELATION between our haircare and, uh, frequency of copulation.” Stating it explicitly here that less hair = less sex. By “Haircare” they mean blocking DHT. If you head to the link in their bio 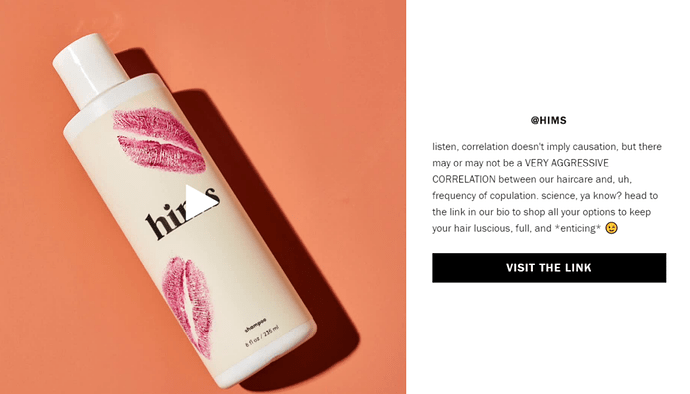 Scroll down to the “You may also like” products, and of course there’s Finasteride, marketed as an “edible” 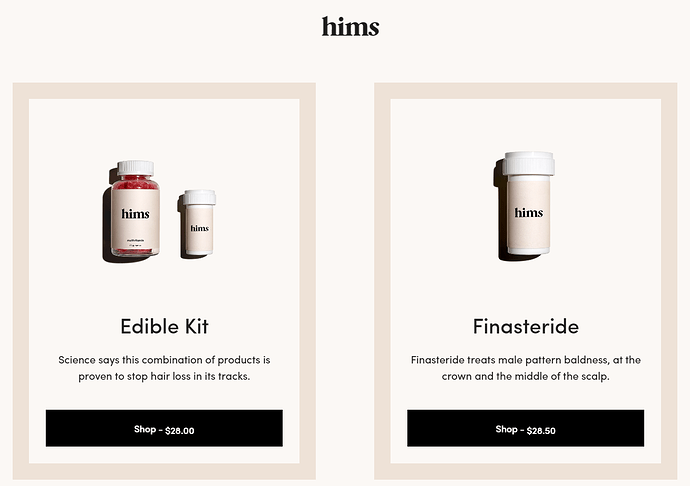 It’s also extremely suspect that some of these on-demand pharmaceutical companies, for example Roman, offer generic Viagra in addition to finasteride. Almost too convenient.

It’s like they are almost racketeering - and creating a problem plus then providing a solution you can buy. It’s like a vicious circle where they get money from all angles

PFS is just one part of a much larger public health shit show for men. We are being chemically castrated from every corner. Maybe a few young healthy men can have a few years of prime if they eat well and hit the gym, but eventually they will crash, and be hit with depressive anhedonia like so many men suffer from nowadays.

Especially considering the number of Neonicotinoids (severe endocrine disrupters/anti-androgens) in our air and water increases each year, for example. Just look:

The US needs large scale regulatory reform. At least equivalent to basic EU environmental standards. Until then, expect a huge decline in male health, and a huge increase in breast cancer and autism.