As “Books with @borax” fell through, I’m going to start up a movie review thread.

Watching films & TV has been one of the few things I can still do with PFS, and while I don’t get the same feelings from it anymore, it’s still something I do to escape. While I don’t necessarily feel the same empathy towards the characters, or strong feelings of joy or sadness, I do feel them, just with the volume turned down. I also find watching older film or TV I had seen before PFS to be more enjoyable, and find hope in stories with parallels to PFS.

As we’re trying to change the topics of conversation on the forum, I thought I’d start up Movies with Mitch, hopefully a nice distraction away from the dread of PFS. I’ll try give my thoughts on a new movie or TV show every two weeks. If it’s a movie, I’ll just provide a review, if it’s a TV show I’ll report back as I progress through the series.

First up tomorrow: Don’t Look Up. Just watched it a few days ago and I thought it was very well done. I really like satire that hits you in the face, and Adam McKay is a master at it. It’s got the same vibes as The Big Short - tackling a big issue head on, without fear, honestly and with humour. Who would have thought the guy who directed Talladega Nights would graduate to allegories about climate change.

I’ll update tomorrow with some thoughts and try not to spoil it for anyone who hasn’t watched.

I’m also watching Mindhunter by David Fincher, which is slightly older, but eery as fuck, suspenseful and has an amazing score. Will probably provide some thoughts on that as I go.

Cool idea Mitch…are we all making suggestions or openly discussing the ones you had mentioned
Thanks!

One of the things I did during the beginning of Covid was watch a new movie at 8pm every night.
The first couple of weeks were tough at night so I needed something to help me through.

If you want to review a movie, feel free to jump in. If you want to suggest something for me to watch also feel free. Could get a bit weird but we’ll see how it goes

So my number 1 go to I tell ppl about that most haven’t heard of is “Out of the Furnace”
(Christian Bale, Casey Affleck, Woody Harrelson)

This has been my absolute favorite for some time now plus it has a great pedigree of acting talent.

I don’t wanna give anything away but Bale and Affleck are brothers and they get into some trouble with Harrlesons character.

It’s a story of family and redemption.
That’s all I wanna say because I’ll ruin it lol

Also if you need westerns I’m ur Huckleberry lolol 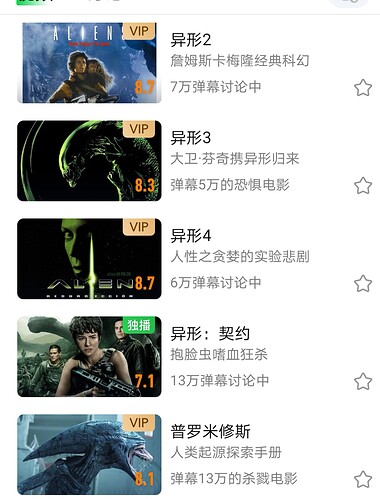 Alright, go easy on me. I haven’t written a film review since…journalism school.

Two astrologers learn of a massive comet on a direct collision course with Earth in six months, which will cause an extinction event. This information should be enough to terrify anyone with a pulse. The problem is, no-one seems to give a shit.

The film is, surprise surprise, an allegory for climate change, but with a much shorter apocalyptic timeline. Probably not a coincidence then that the lead role of astronomer Dr Randall Mindy is played by Leonardo DiCaprio, noted climate change activist.

If you’ve ever wondered what the reaction to an extinction level event might look like in today’s world, this is a pretty terrifying, and introspective, look at the current state of humanity. After a grad student played by Lawrence discovers a comet the size of Mount Everest hurtling towards Earth at breakneck speed, Lawrence and DiCaprio do what anyone with reasonable intelligence would do: report it to the leader of the free world, the US President. The problem is, the President, played by Meryl Streep, is more concerned with her latest slide in the polls than being wiped off the face of the fucking planet.

Lawrence and DiCaprio’s characters are forced to do their own media tour in an attempt to alert the public to the imminent threat of disintegrating into ashes, but are shocked (really, why would you be at this point) to find people care more about a recent celebrity breakup between Ariana Grande and Kid Cudi’s characters.

The film continually provides commentary about the current state of society, satirising everything from the influence of tech billionaires on every aspect of our daily lives and the political process, ill-equipped populist politicians, collective apathy and distraction, political partisanship, the 24-hour news cycle and our desperate need to seemingly avoid anything considered dreary or depressing, no matter how important it is not to.

It also does an excellent job satirising how the scientific method is consistently under attack in today’s world due to either commercial interests, political aspirations or just pure ignorance.

It really doesn’t hold any punches, and you could probably criticise it at times for being too satirical and not deft enough. However, with such a dark script that challenges the collective intelligence and morality of humanity in pretty much every scene, Adam McKay does a great job of breaking up the horrific reality with satire. The writing is great and the dialogue between characters is perfect, representing exactly how you’d expect these characters to behave in such a situation.

The film isn’t perfect, and it seems the reaction to it has been sadly quite partisan, despite the film making it quite clear that is one of the biggest problems with today’s society. McKay may be left-leaning, but the movie is about science, not politics, and it maybe could have done a better job communicating that. It’s also paced awkwardly in places and some scenes or storylines felt a little unnecessary. I would have also enjoyed seeing more of Meryl Streep, whose character is hilarious but also extremely punchable.

Overall, Don’t Look Up is, in my opinion, a very good film. If you go into it with a non-partisan view of the world you shouldn’t be disappointed, although I will admit McKay’s brand of satire isn’t for everyone. It’s 2hr 15 mins so not one for a weeknight.

I watched it last Saturday and initially found it, despite its polish, to be hammering home this one note. Sticking with it however it grew a lot more on me, and amongst the satire the ending was for me surprisingly moving…then funny…then end of credits funny. I do like myself a movie which considers the end of days. Quite the leveller.

Thanks glad you enjoyed it. It’s my favorite

I have plenty of other suggestions.
I’ll think of some more

Your comments are always gold! Exactly how I felt about the movie.

I prefer more of an escape from reality in movies so I didn’t enjoy it much. But at the same time the point of the movie was about how hard it is to get people to see reality so they can act to improve it. So maybe I didn’t like being called out lol.

It focused heavily on the dark messy side of humanity and I’m already jaded about (most) humans. But the movie did show how that mindset is beneficial to politicians and corporations so that we remain feeling hopeless and don’t fight back. Again, I was called out and probably didn’t enjoy it for that reason lol. But it definitely helped me reflect which I appreciate.

It was well done for the most part. Ready for the next one!

I’ll try put some thoughts up about Mindhunter over the weekend. Great show.

Give me some more movie suggestions for the next review!

Quick and the Dead

In a Valley of Violence (new one very good)

Hostiles (Another Christian Bale. I believe same director as Out of the Furnace”)

If you wanna count The Revenant that’s a sort of western but not really. Close enough to suggest it. Fantastic film!
Edit:
I’m going to be checking out Cry Macho (Clint Eastwood) and The Power of the Dog on Netflix

I flippin love Hostiles! Used to watch it over and over. The demeanor of stoic soldiers was always calming to me. Unforgiven’s William Munny had that same feel too. Unwavering character, well, almost unwavering. That’s the point of a good movie. Revenant has that same feel of a person of determination on a mission. Noticing a theme here.

I bet Mitch would make a good movie character to fit this theme. Determined and kickin ass. Appreciate you Mitch! Appreciate the entire PFS Network team!

How have I not heard of Hostiles? I love Christian Bale.

Hostiles (Another Christian Bale. I believe same director as Out of the Furnace”)

I totally looked over it too

OR I go to Google…type in “Movies like Hostiles” “ Movies like “No country for old men”
And all these similar suggestions come up.

It really helped me with being stir crazy at night.

And yes Hostiles is Very Good

They never get old

The Nightingale was a good redemption story but way too brutal for me, and that’s saying something. You’ve been warned.