Any UK members here because of isotretinoin - the MHRA are holding a review and need input from patients. They are encouraging any patients with side effects to attend. They are keen to be accommodating in how they engage with you - i.e. you can go as a group with family or a friend, or have a one-on-one meeting, etc.

You’d be helping the community out by attending. Please contact the following to book in a visit:
leigh.henderson@mhra.gov.uk

This is a big opportunity because it’s the first time the sexual side effects are being reviewed. The expert working group convenes in February.

If you cannot attend, you can tell them your experience in writing - but it will be way more effective if you visit them. So far we have a mix of patients and parents who will be going. But we need more numbers.

Please spread the link to this thread around and share with your contacts.

Feel free to PM me if you want to talk about this. 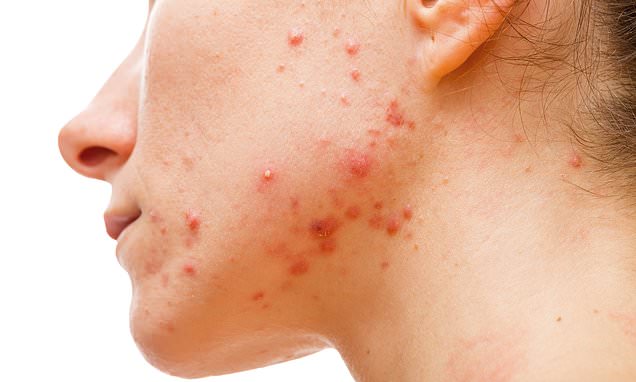 The Medicines and Healthcare Products Regulatory Agency statistics show 12 deaths were recorded by people who had been prescribed Roaccutane, ten who had taken their own life.

I used Accutane for 2 and a half months not long ago. I was fine but I’m sure that using fin literally 2 months after stopping is ultimately whats done me in.

I think I might’ve even be ok on just fin if I’d never taken accutane. I think by using both I had sealed my fate.

I don’t think they’d be interested in me anyway since I bought the accutane online.

Hi everyone. Hope you’re all doing as well as might reasonably be expected, at the start of this new year.

Just want to add a few things to what @pete has said. Firstly, this review is a very rare opportunity. It is the first review of Isotretinoin for 5 years and the first ever to look specifically at sexual side effects. On the panel there will be a number of clinicians specialising in sexual health, including a urologist and a psychiatrist.

Secondly, for those who may have heard of the MHRA but don’t know exactly what they are. They are the national drug regulating agency for the UK, our equivalent of the FDA, meaning no drug is licensed for medical use without their approval. Some people question the true extent of their powers against the might of Pharma, and it is true that it is exceptionally rare for them to revoke the license for a drug altogether. But theoretically they have that power. We can debate all day and night about what they are capable of in practice, but as far as I’m concerned the only way to really find out is to push them as hard as we can.

Between failure to act at all and a complete ban lies a spectrum of possibilities. Various forms of restrictive action, such as limiting or banning the prescription of Isotretinoin to certain age groups, may be possible, and even an outcome that may appear to fall hopelessly short, like requiring patients to sign stricter consent forms, will a) save lives and b) strike a blow against the ‘safe and effective’ narrative promulgated by Pharma. Whether or not this is the battle that decides the war, who knows? But victory will bring its own spoils.

I understand it is not easy to come forward about this. We are asking you to be heroes. Please consider it, if you are in a position to contribute. I know it’s not uncommon for people on here to basically turn to nihilists because of this syndrome - and who am I to blame you if that’s you? I can’t give you a reason why you should save the lives of other kids out there if deep down you really don’t care. But even if you want to look at it purely from a position of self-interest, there’s a lot to be gained from this. The MHRA has authority and any sort of positive action it takes will have a cascading impact. I’m talking about scientific research, public recognition, justice, compensation - the stuff we all care about.

As Pete says you can get involved in a variety of ways. The meeting is in London in early Feb. Obviously being there in person is by far the most powerful form of testimony, but there are other options. It may be possible to call in via video link, or even just submit a written account of your story. In every scenario, full anonymity will be guaranteed if you want it.

I used Accutane for 2 and a half months not long ago. I was fine but I’m sure that using fin literally 2 months after stopping is ultimately whats done me in.

I think I might’ve even be ok on just fin if I’d never taken accutane. I think by using both I had sealed my fate.

I don’t think they’d be interested in me anyway since I bought the accutane online.

Well yes, that probably complicates things, but I don’t think it makes your testimony altogether worthless. I’d encourage you to consider getting involved in some way if you can. We really need as many people as we can who are willing to tell their story.

Well said, There is a lot to be gained by attending and I know from experience that face to face is so important. I am looking forward to seeing if any of the EWG will look me in the face.
We raise awareness, we save lives, we fight for research and we go for compensation - get involved please. Happy to discuss further and or make arrangements for you. Remember if you email Leigh Henderson you must state that you want to meet the EWG and or have your email forwarded to them and for it to be given due consideration. Thank you, thank you.

Can I ask if there were any specific efforts that lead to holding this review? How can a review about Propecia also be held?

Can I ask if there were any specific efforts that lead to holding this review? How can a review about Propecia also be held?

We are fortunate enough to have some parents of Roaccutane victims who are extremely dogged and have persistently demanded more from the MHRA. This has led to a few face-to-face meetings. I attended one back in the summer along with the parents of a girl who had committed suicide and the mother of another young man with sexual problems similar to me. The current acting-CEO Dr. June Raine was there and reportedly deeply affected by what she heard, and so it seems reasonable to assume that this led directly to this EWG (= Expert Working Group) being convened.

So I guess, in a word, persistence. Emailing your national regulatory agency is a good place to start. Ask them why they are not doing their job and protecting the public. Don’t let them dodge the issue. Try to arrange to meet with them in person so they can look you in the eye as they explain exactly why they are failing you. I know realistically many of us don’t have the energy or the will for this type of activity - we Roaccutaners are very lucky to have advocates in the form of the parents I mentioned above - but it works. Or at least, it has got us to this point.

After months of being on hold “due to Covid,” the MHRA has reopened the submission period for information from patients, doctors, and experts pertaining to psychological and sexual side-effects:

Isotretinoin: call for information to be considered as part of an expert review

Call for information to support a review of isotretinoin, a treatment for severe acne. This review is being undertaken by the Medicines and Healthcare products Regulatory Agency with advice from the Commission on Human Medicines and the Isotretinoin...