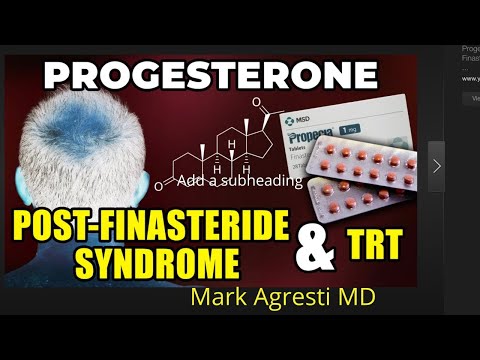 It seems good doctors that really care about patients with this condition still exist in the world, I’m loving his increasing emotional energy towards the end of the video while retaining his composure.

“…and because the research isn’t clear and it’s a little unclear right now it’s a ‘psychiatric problem’. This is not a psychiatric problem! It has psychiatric symptoms, but you have affected neuropeptides in the body. Yes, Post-Finasteride Syndrome is as real as a heart attack!”

“And the people who say it’s not, just upset me! So I get patients coming in asking me “Do you think it’s real?” Of course I think it’s real! Enough!”

“I’m tired of all these hair loss clinics, they’re all trying to portray that there’s nothing wrong and there’s no problem. It’s convenient for them, it’s self serving for them, because they’ve prescribed this for the past 20 years and for them to say now that it’s dangerous makes them look pretty stupid, don’t you think?”

This guy’s got the right energy for change, that’s for sure.