Hi I’m a long term sufferer c10 years and am/have experienced all of the major symptoms associated with this dreadful condition.

I find the most debilitating symptom to be insomnia. I haven’t a full nights sleep in 10years. Most days I feel too exhausted to fully function.

Generally I get to sleep ok normally about 10/11pm but I find I’m waking every night between 2 and 4am. I am then wide awake for the next couple of hours before maybe managing to get to sleep for another hour.

I’m now thinking this is something to do with adrenal/Cortisol levels … this is only a hunch. I also have a strange lingering taste in my mouth at times during the day.

Does/has anyone else experienced similar problems and have managed to address this symptom?

Please advise, many thanks

Is the strange lingering taste Uremic / Uremia perhaps ??
That would indicate something is up with Kidneys …which would also tie in the Cortisol.

Have you had any sleep studies done before? Insomnia is a difficult one as 99.9% of doctors immediately assume it’s psychiatric issue and go on about anxiety/depresssion/therapy crap, when sometimes insomnia has other causes such as heart issues, kidney , thyroid, hormonal etc

In the 10 years since you quit have you had any periods at all of normal sleep / or as close to it as possible ? Tried any meds?

This has been my most debilitating symptom too, so I understand what it’s like, however I’m doing somewhat better now.
The way I look at it is this : when I was in the stage of 0-2 hours sleep a night , that was shit, I knew something was wrong, I knew it was related to finasteride.
However, When I get around the 4 hours mark (which I’m assuming is what you get here when you are awake for a few hours in the night) I think well, this is still insomnia , but it’s probably at the same level now as what ‘normal’ people get when they have insomnia , so I feel I can live with it . Generally the 0-2 hours thing was horrendous and probably the hardest thing I’ve gone through in my life , so I have learned to appreciate even a night of 4 hours. However these days I’m pulling in 6-7 hours a night which is working out ok.

Not that I’m minimizing your suffering here or trying to belittle it , because I’m not and I know the struggle myself, it’s horrendous. But I do know a lot of people who have the similar sleeping pattern as you describe who haven’t taken finasteride so it could be something else that’s crept in over the years , this could be cortisol, hormonal or even serotonin related (serotonin converts to melatonin naturally , so low serotonin means low melatonin too)
Might be worth checking out kidney function and mentioning it to your doctor, but as I’m sure you are aware they will come full guns blazing at you with the ‘psychiatry ‘ card !!

Stuff that really helps for me is being outside in the sun in the morning, this will help your internal clock.

Workout (cardio) as often as possible. Try to do it in the morning / before noon because if you workout in the evening it will be harder to fall asleep.

Eat something small and sweet 30-60min before going to bed. I usually eat a ripe banana.

And supplementing with 400 mg L-theanine and some Magnesium Glycinate 30-60 min before bed.

Thanks for the response. I don’t generally have a problem getting to sleep but always wake up every night for a few hours. Did you experience the same before your protocol?

7.5 years of suffering here and the one improvement I’ve barely had is with sleep. All other symptoms have made at least some progress over the years, but I’ve only been able to get sleep to budge a bit.

I find if I do some light exercise during the day - not too late - like walking, or jumping rope, then I go to bed pretty late (around 11pm), I’m able to sleep through until about 3-4am before I wake up and have that light PFS sleep until about 7.30-8am. It will be 30-45 mins of light sleep, 15 mins of rolling around, so on so forth. If I force myself out of bed by no later than 8am my cycle is pretty solid, but if I sleep in past that, I am fucked. Not great, but better than it was a few years ago where I couldn’t sleep more than 3 hours before waking up.

I treat myself to a drugged night’s sleep every 2 weeks with a dose of benzos, but I only do that every 2 weeks for obvious reasons. On those nights I’ll sleep all the way through pretty much, but I’m never rested like I was pre-PFS.

@Deats01 as you’ve had PFS quite a long time, would you mind filling out our patient survey when you get a chance? It will be very helpful for our research efforts.

I have general bloods done recently and no issues were flagged… which is disappointing but I’m not surprised as I had similar results before. I know this insomnia has not ‘crept in’ I have always had insomnia since my PFS and it literally has never gone away. It has been worse but even so 4/5 hours at best is inadequate and leaves me feeling like shit together with the other ongoing symptoms (severe ED etc).

Yeah that’s grim mate , I know the struggle. You had renal functions and urea on the blood panel yeah ??
I had to use Mirtazapine in the end and so far it has helped me , just generally feel better and sleep 6-7 hours usually now .
Always get a rough night once in a while but now it’s like once every 2 weeks instead of …every night !!

I hope you get to the bottom of it , that’s too long to go on with this issue ….

Magnesium glycinate is a good help too I must second that ….

If you don’t mind me asking, what kind of blood did you get and what were the results? 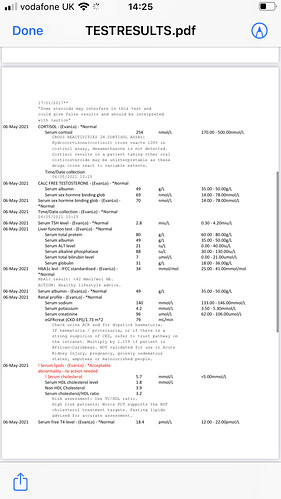 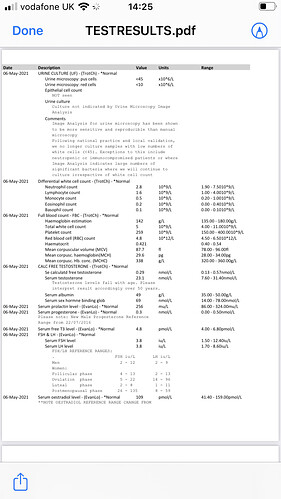 I did initially And after relapsing in insomnia recently

Glycine got me out both times

Still not perfect sleep obviously but much better

How long did it take to get to 7 hours of sleep?

Did you also get the sexual sides or the constipation/digestive issues? And if so what impact did taking Mirtazapine have on these sides ? The adrenergic receptors or adrenoceptors are a class of G protein-coupled receptors that are targets of many catecholamines like norepinephrine (noradrenaline) and epinephrine (adrenaline) produced by the body, but also many medications like beta blockers, beta-2 (β2) agonists and alpha-2 (α2) agonists, which are used to treat high blood pressure and asthma, for example. Many cells have these receptors, and the binding of a catecholamine to the receptor will generally stimulate the sympathetic ... Mirtazapine, sold under the brand name Remeron among others, is an antidepressant of the atypical antidepressants class primarily used to treat depression. Its full effect may take more than four weeks to occur, with some benefit possibly as early as one to two weeks. Often it is used in depression complicated by anxiety or trouble sleeping. Effectiveness is similar to other antidepressants. It is taken by mouth. Common side effects include increased appetite, sleepiness, weight gain, and dizz...

No I have noticed no sides - in fact sexual sides have improved . I have also noticed I have started ‘feeling’ things again whilst taking this medicine, I now seem to get little jolts of excitement about things , think about relationships, have more drive in general - perhaps this has helped the sexual sides a bit?

I didn’t know there were digestion and constipation sides with Mirtazapine? I haven’t had any so far …I’m nearly on 3 month of use

No I mean like did you get constipation sides with your PFS?

Haha - a bitter irony ….as soon as I posted about getting 7 hours I had a night of 2 hours last night !

I still get the odd bad night though here and there, but I feel after using mirtazapine - it’s a similar pattern to how normal people get insomnia - I get the occasional bad night but on the whole I pull in 6/7 hours a night.

Yep , as mentioned above sexual sides improved on Mirtazapine ….I would say sensitivity to orgasm and the general overall desire has improved (this could be because of the overall mood has improved or it could be related to the epinephrine / dopamine increase?)

So I did have digestion issues , but this was while taking the finasteride. Ironically digestion was one issue that cleared up as soon as I discontinued the drug.
Sexual sides I have had the longest, mainly weak erections , as I stupidly continued taking the finasteride for over a year and a half after this side came in (my doctor at the time said it wasn’t finasteride related - but probably depression blah blah)
Generally just feel a world of difference after taking Mirtazapine to be honest , I know it gets a bad rep on here sometimes, but it’s made a difference for me and others too.