CYP3A5 modulating drugs affect AR downstream signaling. We used a luciferase-based reporter assay to determine the effect of commonly prescribed CYP3A5 inhibitors/ inducers on their ability to modify AR downstream signaling. Both LNCaP and MDAPCa2b cell lines were transduced with a viral construct carrying androgen response elements (AREs) fused with luciferase, positive clones were selected after antibiotic selection. Negative controls were setup with constructs carrying only the TATA promoter without ARE. A pool of positive clones were used to monitor changes in luciferase activity after treatment with the CYP3A5 inducers/inhibitors. The reporter assay using MDAPCA2b cells show increased luciferase activity with CYP3A5 inducers (phenytoin, rifampicin and hyperforin) and decreased luciferase activity with inhibitors (ritonavir, amiodarone and chloramphenicol) (less AR activation) (Fig 3A). LNCaP cells showed increased luciferase activity after treatment with CYP3A5 inducers phenytoin and rifampicin with DHT treatment, phenytoin shows an increase in AR activity even without DHT induction similar to earlier observation (Fig 3B). The inhibitors amiodarone and ritonavir show reduced luciferase units (AR activity) both with or without DHT induction (Fig 3B)

There are some post about positive experiences with SJW but nobody can explain the mechanism. Someone who understand more in androgen activity, please read and comment here about findings. 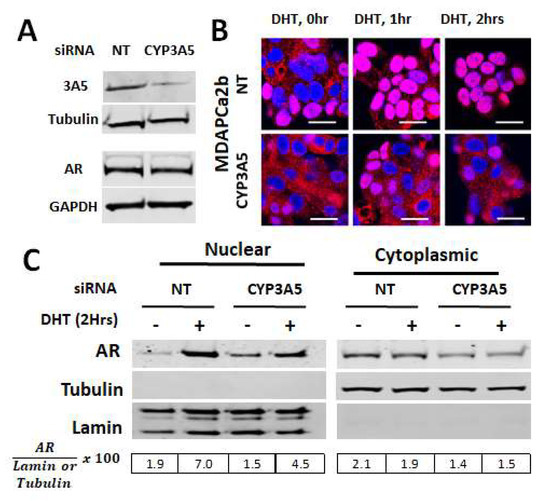 Role of CYP3A5 in Modulating Androgen Receptor Signaling and Its Relevance to...

Androgen receptor signaling is crucial for prostate cancer growth and is positively regulated in part by intratumoral CYP3A5. As African American (AA) men often carry the wild type CYP3A5 and express high levels of CYP3A5 protein, we blocked the wild...

I remember when I once tried taking SJW, long before I got PFS it killed my libido almost instantly, and that suppression lasted for a few days after the dosage - it was quite profound. Also it gave me unbearable insomnia - couldn’t even sleep for a minute. It happened every time I tried taking it.