Hidden epidemic of sexual dysfunction which blamed on antidepressants 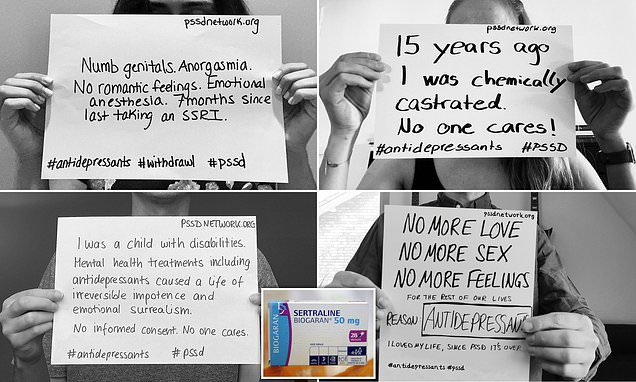 Hidden epidemic of sexual dysfunction which blamed on antidepressants

Rebecca Graham is in her early 40s and has had no sensation in her genitals for eight years since she came off the SSRI drug sertraline, which had been prescribed for symptoms of premenstrual syndrome.

Good to see this getting some attention again in the public space.

Wish I hadn’t scrolled down and skimmed over the comment section though. It’s reflective of how terribly uninformed the world still is about all this. Having been in this situation for even just a few years makes me feel so incredibly distant from these know-it-alls who feel entitled to brush over decades of anecdotal reports and ruined lives to make such uninformed comments, compelled to blurt out the dumbest views devoid of empathy without having bothered to invest themselves in the subject matter for more than five minutes, all the while the people who actually go through this awful experience suffer for decades.

I truly hope that with more conclusive research efforts these perspectives will shift.

Thanks for posting it here.

Easy to blame ADs when some of the clinical trials show rates of sexual dysfunction up to ~60% and up to 20% of the population is taking them.

but they raise awareness now with a big movement and masses of sufferers showing up their faces now.

Women and men affected both from SSRIS, some inhuman doctors and psychiatrists even abusing innocent children for totally perverted SSRI off label experiments. This is something for the Human rights court in Den Haag.

And they are millions damaged by pharma shit house science that only serotonin imbalance causes depression. And millions getting angry.

All the pfs movements have been lone fighters as awor, mew, the handful bravehearts of pfs foundation. The team around pfs network and propecia help gets more and more support from fundraise groups, volunteers and many interested sufferers now. Support science and want to make long travels for giving their samples for goal oriented studies.

But so many pfs victims are only interested in self medication, give a shit for awareness campaigns to save others, believe in fraud gurus and their absurd theories and protocols, visit voodoo doctors for thousands of dollars and have only criticism and no money for serious research. It’s really hard to rise public awareness and sympathy from the hearts for such an egocentric and totally desinterested patients collective.

And I’m not Jesus. Spent thousands of euro for a doctor only jumping on the pfs train for getting money. Don’t do volunteer work. Don’t show up in the podcasts, but willing to show my face in a pssd like or before/ after photo campaign. And donate monthly. 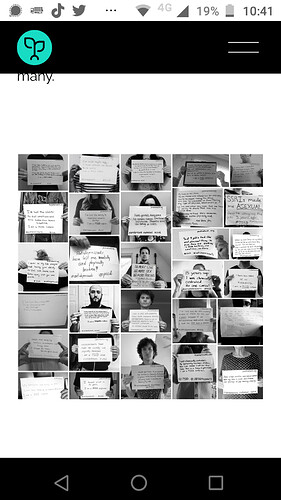 Super campaign of the pssd network, close connected to the pfs network.