I was wondering something after the PFS Foundation sent out the most recent email about Melcangi’s research.

It seems like Melcangi is only studying RNA changes in one area of the brain. He isn’t studying changes in the testicles of the rats.

On the on the other hand, the Kiel study is examining epigenetic differences in scrotal skin of PFS patients.

Is the reason for the difference that the two labs and the charities that support them have different theories about the location of PFS in the body? Is it that Melcangi (and the PFS Foundation) assume the problems with PFS are in the brain and the Kiel researchers (and the PFS Network) assume that the problems are in the periphery (skin, genitals)? It could also be possible that the Kiel researchers also think the problems originate in the brain but are expressed throughout the body. I know that they can’t carry out brain biopsies in living patients. However, Melcangi could examine the testicles of the rats he gave Finasteride to.

It could also be possible that the Kiel researchers also think the problems originate in the brain but are expressed throughout the body. I know that they can’t carry out brain biopsies in living patients. However, Melcangi could examine the testicles of the rats he gave Finasteride to.

Personally, I find it likely that the problem is a cellular problem that appears in different bodily systems without originating from a specific one.

Yes, the fact that our researchers chose scrotal tissue is simply driven by practical considerations.

Simply feeding rats Finasteride is not an animal model of PFS.

There isn’t a singular location of PFS in the body, as evidenced by the multisystemic symptoms which patients report. Some are affected primarily in tissues related to sexual function, others experience neurological and physical symptoms also.

I think what you’re asking is actually do the researchers disagree on their hypotheses of the pathomechanism(s) likely driving the downstream symptoms we’re seeing in PFS. If that’s the case, the answer is most likely yes. Melcangi’s work largely centres around the brain - and more recently, the gut - as likely drivers of the disease. This fails to acknowledge the complete clinical picture of PFS, as it’s not very plausible to suggest altered neurosteroid levels can be responsible for physical symptoms like penile shrinkage, frequent urination, semen discolouration, gum recession, etc.

What our group has hypothesised previously - and which has now been demonstrated in Prof. Khera’s work - is that an overexpressed androgen receptor is involved in PFS, given the AR’s role in all of the tissues and biological processes where patients are reporting symptoms. You can read the paper axolotl wrote about it here: https://www.propeciahelp.com/post-androgen-deprivation-syndrome-abstract/. The researchers at Kiel also see this as a plausible explanation and upcoming research is building upon these findings - we know what has happened (AR is overexpressed, dysregulated gene expression in biological processes correlated to symptoms), now we need to understand why.

So yes, in that regard, there’s a fundamental difference between the two groups.

the Kiel researchers (and the PFS Network) assume that the problems are in the periphery (skin, genitals)?

That’s not the case. The AR is found in multiple tissues throughout the body and expressed more significantly in genital tissue (for obvious reasons) than other tissue. This is just a practical consideration rather than our group thinking the underlying pathomechanism lies in the skin. As the AR is expressed in multiple tissues, if you results are found from studying the AR in one tissue, one can make inferences that the same results could be found in other tissues where the AR is expressed.

However, Melcangi could examine the testicles of the rats he gave Finasteride to.

As @Northern_Star has pointed out above, we want to make this very clear. Giving finasteride to normal rats is not an animal model. There is no way to validate if any of the rats being given finasteride have PFS, other than to observe it for symptoms, which is nearly impossible. It simply isn’t possible to develop a rigorous disease model in an animal without far more understanding about the pathomechanism involved.

I hope that all makes sense.

Great explanation. Yes, it does answer my question. Thank you.

I also disagree that Melcangi is actually studying PFS or PSSD in his animal models. I think that his research has some value in that it could show some similarities between epigenetic changes caused by Finasteride and SSRIs, which are theoretically medications with nothing in common. For instance, I found a study from Poland that said escitalopram dramatically changes Kisspeptin expression in different areas of the brain in rats. I was wondering if Finasteride had the same effect, but I couldn’t find any studies. Melcangi’s study should answer this question (although the rats in his study won’t be taking Finasteride right before they’re killed and their brains are examined). 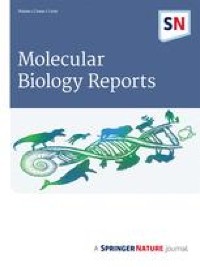 Escitalopram as a modulator of proopiomelanocortin, kisspeptin, Kiss1R and...

Neuropeptides are important, multifunctional regulatory factors of the nervous system, being considered as a novel, atypical sites of antidepressants action. It has already been proven that some of them, such as selective serotonin reuptake...

The switch in the brain or the problem of “androgen” cells all over the body.

Just my thoughts as an ExMicroBiologist about the recent discussion

The swittch in the brain theory

In many discussions among those affected, the androgen receptor is seen as a kind of docking point in the pituitary gland tissue, which no longer works after finasteride treatment and releases too few neurosteroids and hormones. Then the pfs “experts” inject HCG (or use a thousand other hormones, protocols and supplements) and the defective switch is thrown again and you feel recovered by straightening of the hormonal axis. Now many hope to find exactly this switch, i.e. the genes that flip this switch in the brain and heal it with gene editing.

The (active) androgen receptor (DHT Complex) docks in all “male” cells at the DNA promotor region and ensures that “male” genes are amplified in the “male” tissues (penis, testicles) or amplified in others (muscles). This means that the andogen receptor that connects to DHT in the cytoplasm and is thus activated is found in all cells and tissues that are responsible for the male expression. From the hair follicles, through the brain, to the sexual organs, to the skin and muscles on the feet. And a small percentage of million men who use finasteride are predisposed to develope pfs by an epigenetic problem to regulate down AR expression after quitting finasteride.