Finasteride is a potent and specific inhibitor of the 5alpha-reductase enzyme in men.

Clinical studies have shown that finasteride 1mg/day is effective for promoting hair growth in men with male pattern hair loss.

However, there is a concern about the use of finasteride, especially in young fertile patients, because of its action on testosterone metabolism.

Two of them presented with a left varicocele and the other was obese.

We hypothesize that finasteride may not dramatically change the spermatogenesis process in healthy men, but in patients with conditions related to infertility, an amplification of the negative influence of finasteride could occur.

Future studies should be done to clarify the extent of the effect of finasteride in patients fertility problems.

The Effect of 5{alpha}-Reductase Inhibition with Dutasteride and Finasteride on Semen Parameters and Serum Hormones in Healthy Men.

Objective: As androgens are essential for fertility, we sought to determine the impact of 5ARI administration on serum testosterone (T), DHT, and spermatogenesis.

Main Outcome Measures: Blood and semen samples were collected at baseline, at 26 and 52 weeks of treatment, and at 24 weeks post-treatment, and were assessed for T, DHT, and semen parameters.

There was a significant reduction of 6-12% in sperm motility during treatment with both dutasteride and finasteride and at follow-up. Neither treatment had any effect on sperm morphology.

Conclusions: This study demonstrates that the decrease in DHT induced by 5ARIs is associated with mild decreases in semen parameters that appear reversible after discontinuation.

Spermatozoa and Chronic Treatment with Finasteride

We report on three cases of young men recruited at our Centre for Male Infertility who had used finasteride for five years. Semen quality was investigated by light microscopy to evaluate sperm concentration and motility.

Sperm morphology was performed by transmission electron microscope (TEM) and the data were analyzed. The presence of Y microdeletions was investigated by PCR. Meiotic segregation was explored by fluorescence in situ hybridization (FISH).

This examination was repeated 1 year after the men had suspended the use of finasteride, without receiving any other treatment. A recovery of spermatogenetic process was observed.

Motility and morphology improved whereas the meiotic pattern did not change presenting elevated diploidy and sex chromosome disomy frequency.

NOTE: There was a news article written about this:
propeciahelp.com/forum/viewtopic.php?t=1436

Objective
To describe the results of two cases of azoospermia and severe oligospermia in men during and after cessation of finasteride 1 mg.

Conclusion(s)
We report two cases of infertile patients with azoospermia or severe oligospermia who showed significant improvements in sperm concentrations 6 months after the discontinuation of finasteride. In one case, improvement in semen parameters prevented the need for testicular biopsy and corrected the azoospermia. Stopping finasteride in the infertility population may improve semen parameters, and may allow for less invasive fertility treatments.

"… The tissues of the male reproductive
tract, including the epididymis (and
even the testis), are target tissues for
androgens. However, very little is
known about the mechanism of action
of androgens on these tissues. Androgens
are found in high concentration
in the epididymal lumen, and the
importance of androgens, particularly
dihydrotestosterone in sperm maturation
is well known.

Indeed, androgen
withdrawal results in apoptotic cell
death along the entire epididymis8.
Thus, it becomes critical to identify the
genes that are controlled by androgens.

In this regard, a murine epididymal
retinoic acid-binding protein, belonging
to the lipocalin family of proteins, was
recently characterized and found to be
androgen regulated and expressed in
the caput epididymidis9.

As dihydrotestosterone
levels are high in the caput
region, it is reasonable to propose that
blockage of 5a-reductase activity with a
compound such as finasteride would
provide an effective means to block the
expression of androgen-regulated genes
that are important for sperm maturation
at least in the caput region. 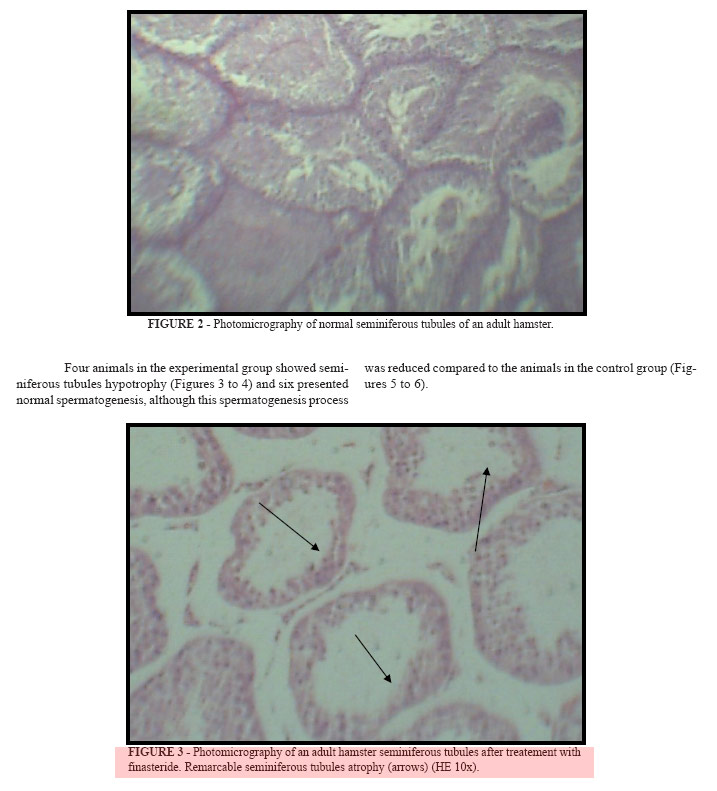 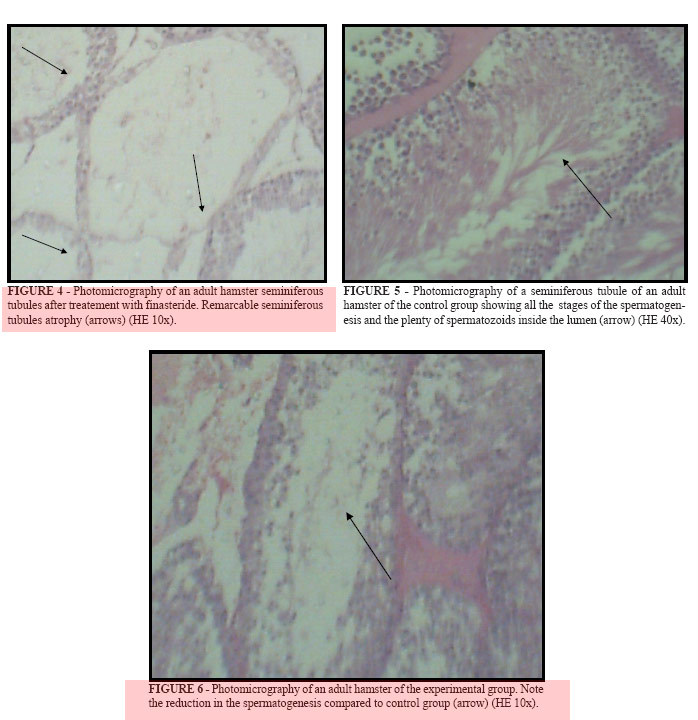 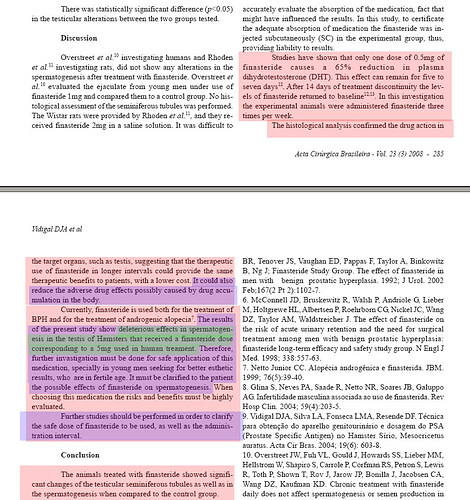 I am coming back right now from my appointment with the “urologist” (equivalent of a gynaecologist but for men ) here in france . I have explained him the situation , give him all the test results (spermograms I have so far) .

May be this is not going to be a good news for all the young people taking finasteride who are trying to conceive on this forum but the Professor literaly almot jump on his chair when I told my wife and I were trying to conceived since 13 month withtout results AND I was taking FINASTERIDE 1MG per day .

The first thing he told me was “well first thing first you have to stop all the TOXIC ! , in your case Finasteride” .
Yes you heard the man , he qualified the drug as “TOXIC” and also told me that inside the “profession” everything that touch or block your hormones like Finasteride or dutasteride is a well know cause for fertility issue .
He also told me that Merck does not give a f.ck at all as the only testing they have made on humans were ONLY 48 WEEKS LONG , not much and the effects on fertility are beeing seen after 18 or 24 months .

So Here I am , I have to stop Finasteride immediately and do some new tests in 3 months from now .
He was 99.9% sure that the spermogram I will do at this time will be normal .

So Now everyone can make his own opinion , I might be more “sensible” than other people to this drug but my case in three months from now will definitively proove that Finasteride and dutasteride mess up people fertility , and also that MERCKS are an useless bunch of liers that deserved to be sued .

Actions of 5a-reductase inhibitors on the epididymis (2006)

The consequences of inhibiting 5a-reductase activity on
steroid concentrations, gene expression, epididymal epithelial
cell function and sperm maturation have been studied only in
a very limited manner.

Cohen et al. (1981) showed that 5a-
reductase inhibitors (3-oxo-4-androstene-17-carboxylic acid
and its methyl ester) could severely affect the fertilizing ability
of spermatozoa from the cauda epididymides, while Turner and
Futral (1992) showed that the intraluminal androgen balance was
shifted dramatically by 5a-reductase inhibitors.

Studies with
finasteride showed that long-term treatment with a high dose of
the drug resulted in a reversible loss of fertility, but this effect
was ascribed to the action of the drug on the secretions of sex
accessory tissues, reducing the formation of copulatory plugs,
not on the epididymis, although effects on the histology of the
epididymis were not reported and embryonic development was not allowed to progress beyond its very early phases (Cukierski
et al., 1991; Wise et al., 1991).

With the discovery that PNU157706 is a potent inhibitor of
both isozymes of 5a-reductase, di Salle et al. (1998) showed, for
the first time, that inhibition of 5a-reductases results in a reduction
in epididymal weight.

An investigation of the consequences
of inhibiting both isozymes of 5a-reductase on gene expression
profiling along the epididymis was undertaken in order to
determine whether reduction of DHT production would have
selective actions (Henderson et al., 2004).

The effect of treatment
with this drug on gene expression was dose-dependent and
highly segment-specific; the initial segment responded uniquely
in that a similar number of genes increased and decreased in
expression, compared to the other segments where the majority
of affected genes decreased in expression.

Some of the more
dramatically affected genes were involved in signal transduction
as well as fatty acid and lipid metabolism, regulation of
ion and fluid transport, luminal acidification, oxidative defense,
and protein processing and degradation.

These are essential
processes, contributing to the formation of an optimal luminal
microenvironment, as required for proper sperm maturation.

The consequences of inhibiting both isoforms of 5a-
reductase (types 1 and 2) on epididymal sperm maturation were
examined by treating rats with PNU157706 and analyzing fertility
as well as several key facets of sperm maturation.

The
motility of spermatozoa from the cauda epididymides of treated
animals showed a significant decrease in both the percentage of
motile and progressively motile sperm as well as altered motion
parameters.

The morphology of cauda epididymal spermatozoa
was also adversely affected by the treatment; the most prominent
effect was a markedly elevated proportion of sperm that retained
their cytoplasmic droplet.

Here’s one for your lawyers, just published this month. Couldn’t put this in finasteride studies section as it’s locked.

PATIENT(S): A 48-year-old man on low-dose finasteride and his 37-year-old wife with normal menses and normal gynecologic exam.

INTERVENTION(S): Determination of sperm DFI and discontinuation of low-dose finasteride.

RESULT(S): The sperm DFI done a year earlier was 30%. This value was unchanged when repeated 2 months later. The patient was advised to stop finasteride. Three months after discontinuing the finasteride, the DFI decreased to 21% and subsequent DFI after another 3 months improved to 16.5%. To date, there is still no documented full-term pregnancy or live birth.

CONCLUSION(S): The significant reduction in DFI within 3 months of finasteride cessation and continued improvement suggests a causal link between finasteride and sperm DNA damage. We hypothesize that low-dose finasteride may exert a negative influence on sperm DNA integrity, resulting in increased pregnancy losses. We suggest that in infertile men using finasteride, sperm DFI should be measured in addition to semen parameters, and a trial of discontinuation of finasteride may be warranted.

I would love to know if the number of healthy and motile sperms will return to normal after stopping the drug.