Creatine: The cheapest friend against PFS

I’m going to start taking this supplement, studies confirm that increases dht 56% stimulating the 5 alfa reductase, also accelerates hair loss. It seems the opposite of finasteride. But I believe it only works if it is taken for a permanent time (finasteride needs 6 months to see improvements in hair). So I will have patience and be valiant, I do not care about losing my hair. I will update this post during the next months.

I believe in the theory which explain how the problem is the deactivation of the cellular enzyme 5 alfa reductase, no the free DHT. The 5 alfa reductase receibes the testosterone in the cell and allow his entrance in the form of DHT. Due to that, I believe it’s more important to estimulate the enzyme like a mushroom proliferation than the androgen levels.

Creatine is a nice stuff but it required a combination with hCG and anastrozole to perform well.
Creatine alone gives me extreme anxiety and racing heart.

Improvements in hair only take long, because hair follicles take some time to recover and you need to go through a time of shedding old hair from damaged follicles and growing new hair from recovered follicles, before results become visible. It has nothing to do with Finasteride itself.

Creatine has been tried countless of times based on always the same study. There are posts back from 2009 when this study came out. Typically, people report no results or go through the usual high for a couple of weeks before they crash with even worse symptoms.

That said. Some people for some reason report positive effects from androgen supplementation. You may be one of the lucky ones. Personally, I would strongly advise against any such experiments. But if you want to go down that route anyway, I wish you good luck and hope you report your results.

My theory is that the problem is the deactivation of the cellular enzyme 5 alfa reductase, no the free DHT. The 5 alfa reductase receibes the testosterone in the cell and allow his entrance in the form of DHT. Due to that, I believe it’s more important to estimulate the enzyme as a mushroom proliferation than the androgen levels.

I’d be extremely cautious at the moment. I can imagine that for people who’ve been waiting for a very long time for the science to deliver info, it might seem like anything is worth trying. It’s possible that the next set of study results will give insight to potential treatments (I’m not saying it’s likely) but if your actions worsened your position now and made your route back to health harder, it’d be awful.

While the evidence suggests that hormone levels are not the issue, I’d suggest altering them might not be wisest move.

Good luck whatever you decide.

I have made good progress in these years and two complete recoveries.
However with time my beard and my body hairs (high correlation with DHT) grow slower and thinner (I am not able anymore to develop a full beard).
The only time they were normal is when I used clomiphene.
So I don’t know if another androgen deprivation can be useful for you.
Somebody claimed that leuprorelin can downregulated your androgen receptor and fix PFS but nobody recovered with leuprorelin so this protocol is very dangerous and in addition to PFS you could develop hypogonadism.
Try to boost DHT.
My DHT correlated functions work only with intense T booster like clomiphene (this suggests a very poor 5 alpha reductase activity).
Use creatine for several weeks and keep us update.
Good luck brah.

before my injury i did maximum number pullups 2-3 times a week in the morning. this gaved my the feeling of energy throughout the day, no more cold feet and hand,more awake. heavy exercising like heavy weights is said to increase androgen-receptor density. what else can we do to increase them?
i found this list, i hope its no BS

I’d be interested to hear people’s thoughts on that article. It doesn’t seem totally crazy to me, which some of the things here do seem to be.

Certainly, I’d expect most of the things there could be done without significant upheaval. Some things I’d shy away from but I think a lot of it sounds quite reasonable.

Shoot me down, someone.

Has anyone increased AR/AR density and experienced increased negative sides mentally? Seeing as a lot of this stuff seems to increase AR in the brain.

Yes, when I take way too much tribulus.

Fortunately my only sides are sexual and are partial, I can have a total and prolonged erection but only seated, lying and sideways. But when I´m standing up my erection drops to 65%. When I´m seated I have to do mechanical strength in the pelvic muscles to facilitate and maintain the erection like a prosthesis, and at that moment I can feel how the 5 alfa reductase did that for me before finasteride. Simply those cells need to recovery the 5 alfa reductase function, that is in his genetic code. 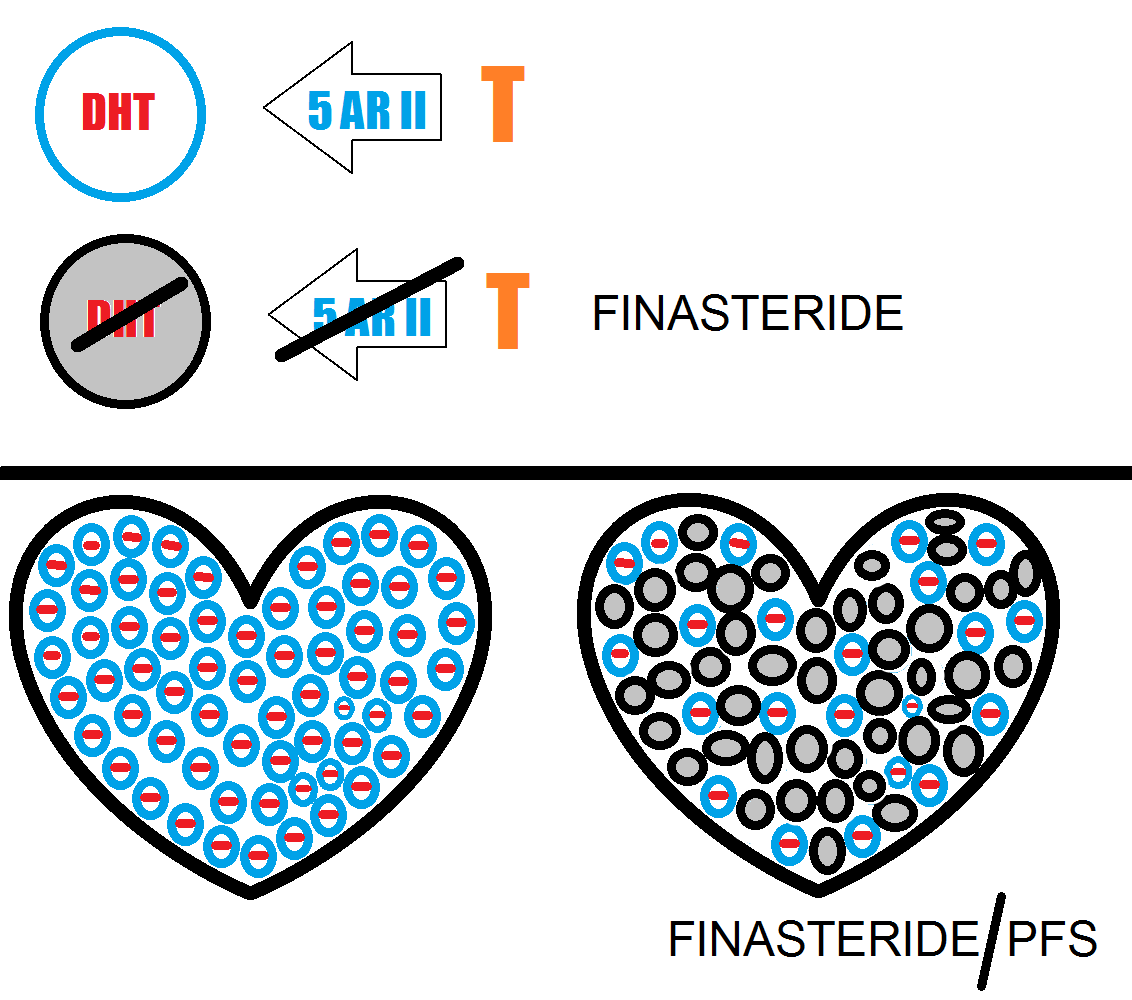