After Finasteride my libido plummeted. I was on it for about half a year and only took 0.2mg doses once every few days. My hairline recovered but after initial libido boost I started noticing side effects. I was completely convinced that people with Finasteride side effects were making stuff up and that it was very unlikely to cause such effects anyway according to studies.
For some reason I thought that taking 0.2mg will help reduce my side effects even though it blocks almost the same amount of DHT as a 1mg or 5mg dose. 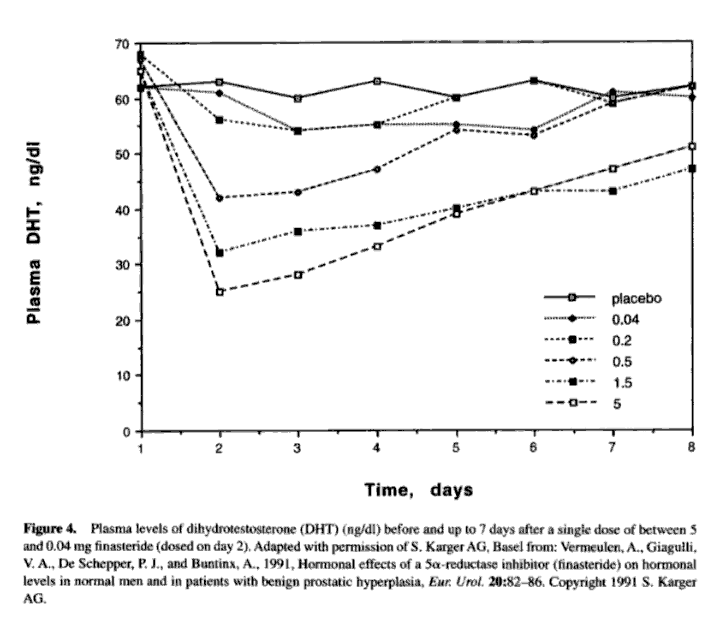 I tried a lot of stuff in this forum, Tribulus terrestris, was the main once but I never noticed any real lasting improvements. Until I tried a Maca in 10g+ doses ( I tried Maca in lower doses before and didn’t notice much benefit). Even now it’s unknown how Maca even works, it doesn’t seem to affect steroids.

For the past 1.5 week (I will update this later) my libido was back to even higher levels when before I could go without thinking about sex for a week or even two. The change is so drastic, I will probably have to lower my dose.

I am not recommending any specific brands to avoid suspicion but it has been a miracle for me. I can only suspect that Maca actually boosts neurosteroid levels (this is complete speculation). I experimented with a lot of stuff, including powerful stimulants, LSD., phenibut, etc but even though they work for for a short duration, Maca has been working even better for me and without the obvious side effects like addiction.
The other thing that’s great is there doesn’t seem to be any tolerance, I am maintaining my dose but it’s still a bit early to say. Although I saw some anecdotal reports of people taking it for 10 years plus and not noticing tolerance.

I will update this in a week or so

Anyone else noticing a lot of recovery threads lately?

is it red or black maca?

Pretty tame recoveries. I wish it was such easy as taking maca to get cured from what I consider “REAL” pfs.

What is a real pfs to you? From being sexually active every day to being unable to get aroused more than once very 1-2 weeks doesn’t sound severe enough?

Are u physically and mentally disabled? No? Are u able to function everyday?

1.5 weeks cannot be considered as a recovery yet.

How long did you stop taking fina?

But anyway, happy for you. Keep us updated!

What is “REAL” pfs even? The most commonly reported pfs symptom by far is sexually. You can’t just disregard OP because he has less symptoms than you.

But anyway, happy for you. Keep us updated!

Or black maca. it didnt reduce prostate either.

I had an awful experience with maca. It’s possible that I took red maca, though.

Thanks for posting this recovery story .

They are important for us to hear …

Maca, I believe can be classified as an adaptogen. If you read my story (also yesterday), I credit Rhodiola as the primary benefactor to my recovery. Read up on adaptogens if you haven’t. I can assure you my PFS was the real deal. I’ve been back to normal for almost two years.

It’s important to add: you can’t just take something everyday. I took Rhodiola for years and did not recover. It wasn’t until I cycled it that after a few months I started feeling back to normal.

People always sleep on anti androgens on this forum especially anti androgen herbs! It seems like theyre a vital part in recovery. They only pay attention to pro androgen stuff when you need both I think.

libido isnt my issue, its ed…not sure if the recoveries here have improved in that respect

Did you have erect size loss or numb orgasm problems? If so, did they recover fully? Please give more details.

fwiw, a urologist I saw said that prostate size itself has nothing to do with sexual functioning.

fwiw, a urologist I saw said that prostate size itself has nothing to do with sexual functioning.

DHT increase prostate size and if prostate is shrinking means the substance have DHT lowering properties and is probably 5ar inhibitor.