Cabergoline...do you know what that is?

Hey guys, here I am after a long time.

I was doing really well till I had my hair surgery done and like a dumb ass took the antibiotics like the doctor asked me to and after that had one month of really bad loose stools and poor digestion, well… its been almost 4 months and I’m still not as good as I was before but hopefully I can get back to where my life was prior ot the surgery because I was quite happy with it.

All symptons are gone except for the sexual ones, so I see this as a really good thing because If anyone remembers my old posts I was very miserable all of the time for almost 5 years. This year I will complete a full decade of dealing with the side effects of propecia.

Lets get to the point, there is this forum online where a few guys have reported having raging libido and this cabergoline substance was brought up. After a few days researching about it I gotta say I’m very intrigued about it, has anyone ever heard anything about it before? There is a guy that even said his dht levels double after using it and some report that the dopamine levels are pushed up so high that they cant stop masturbating or end up giving up to their addiction of choice, it could be sex, gambling and etc, I’ll link a YT video about it and will also link the website where the guy who double his DHT leves through the roof reported his experience. 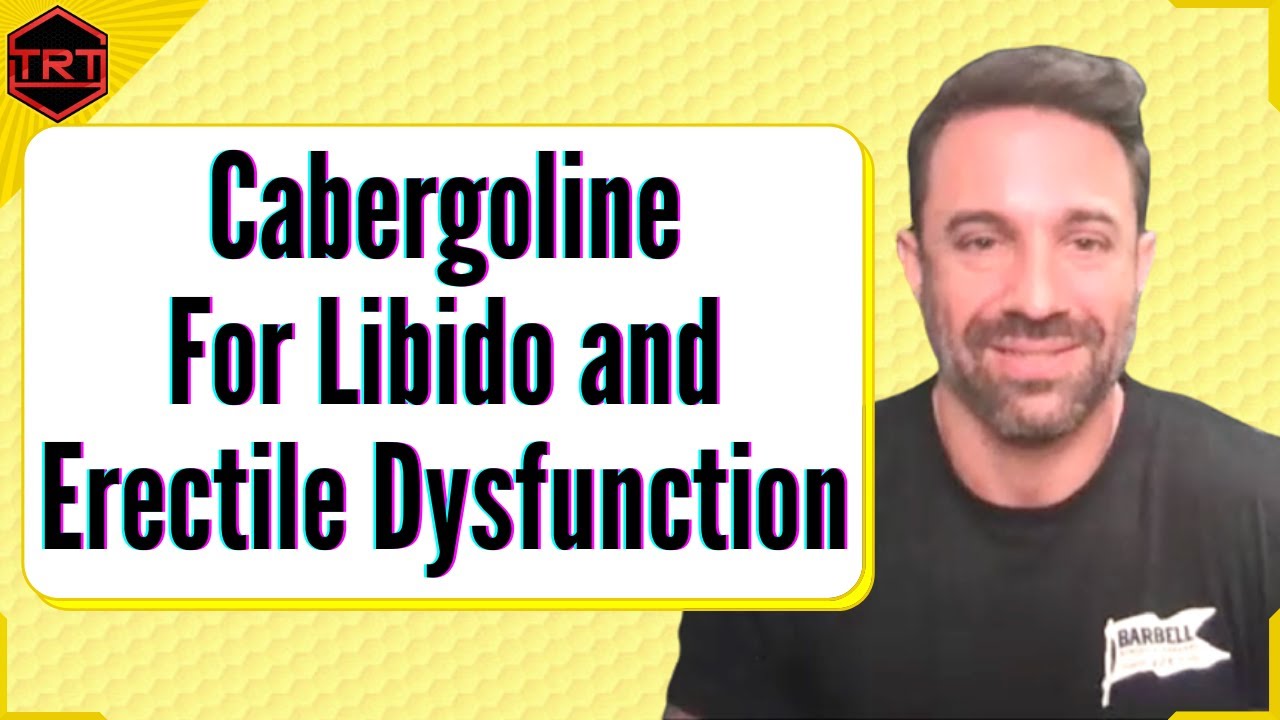 I am taking cabergoline, 0,5 mg each week, to lower my high prolactin. Whit less than 2 months of use, my prolactin was gone from 17,66 ng/ml to 1,7. But, interesting is the increase in my DHT since started taking cabergoline (it is the only thing...

I’d used it a few times years ago. It did give me very high libido. I was scared of taking it more. It’s very strong and will reduce your prolactin alot.

Did nothing for me. Healthy people tell they become hypersexual from it.

Wikipedia says:
Agonist for 5-HT1A, 5-HT2A, 5HT2B, 5-HT2C. All good, minus one perhaps (2B) or perhaps not. I would say something to keep in mind generally. It also says it’s an agonist on most of the Dopamine receptors (that dopamine is good for sexual function is probably nothing one needs to mention, it might ultimately be what most of the specialised networks involved in sexual function come down to, be it hormones, serotonin). However one should also keep in mind that an agonist will cause downregulation after a while, like a couple of days or a week. That’s why an antagonist for longterm upregulation would in theory probably be better. Also if an agonist that should have an effect is ineffective to start with.

I’m just making a bunch of sidenotes to its effects as mentioned at first.

Upregulation and downregulation?? Aren’t we already having upregulated receptors? We need to downregulate them.

What antibiotics did you take? @braziliandude

Wow, so it actually helped with the libido, right? I gotta say I was very pleased with where my life was, I was able to jerk off and have sex, no problem. But right now I feel like in a state where all of my mental faculties are in line and my sexual part just simply doesn’t function as it should. It’s a very weird feeling, at the same time I am able to feel the appreciation for how far I’ve come I still have a long way to go because three days of antibiotics messed me up bad. I pray I can get what I had back.

I need to look it up. The worst part is that when I contacted them about the issues I was having, they told me that the antibiotics suggested are not a necessity. Fuck I can’t help but feel the agony of this wrong move. I was in a really good place.

Please let me know I’m having a procedure and need to take keflex and one other antibiotic next month. Although I have taken antibiotics after having PFS before and it didn’t seem to affect me much

I just looked it up and the name of the antibiotic is Clindamycin.