For clarification, I was also Cnb30 of H**stasis. Currently attempting the electrolyte protocol posted there prior to the forum being shut down.

I came accross the forum from reccomendations on H**kstasis, and Acne.org

Unfortunately I do not remember the exact dosages. I believe 40mg for Claravis and 1mg (however mich equaled 1 pill) or Propecia.

Used drugs for following:
First: Acne,
Second, desire to cure Claravis side effects. Was desperate enough to believe people who claimed propecia cured Accutane Side Effects on H**kstasis. (ironically Accutane Effects seem to be much better under control after quitting dairy & Low Vitamin A diet)

I took claravis for 4 months, propecia for 3 weeks

Side effects: Sexual (likely a bit from both drugs), mental (both), anhedonia (likely from both). Weird headached in back of head from PFS (seem to make it harder to appreciate things like art, also further hampers livido). Hairloss (probably mostly PFS).

Check the boxes that apply. You can save your post first, then interactively check/uncheck the boxes by clicking on them. If your symptoms change, please update your list.

] Stumbling over Words / Losing Train of Thought
Slurring of Speech
[

] Other (please explain) Kinda hard to explain, but a weakened ability to appreciate things on an aesthetic level

What (if any) treatments have you undertaken to recover from your side effects since discontinuation of the drug?
Post Accutane: ECT, TMS, Neuro Feedback
Post Propecia: Diet Changes (no dairy, low Vit.A)
Electrolyte protocol

Hi everybody, I think things were covered above, but the past 8ish years have definitely been a mess. It’s been fun to watch society as a whole unravel at the same time as my own personal health (just kidding).

I always had issues with depression,
, since I was very young (possibly preschool). In mid high-school for mostly external factors, I became increasingly depressed. Eventually took Accutane in Senior Year: Libido plummeted, massive brain fog, emotional numbness (I originally liked this as it was better than extremely sad, but began to suck because lack of motivation). Things became significantly worse after a senior beach week with significant alcohol intake (a couple weeks post accutane).

Eventually was hospitalized after near suicidal attempt, then went on to work on dealing with side effects, and began college a year later. In Freshman year, desperate to regain libido, got caught up in wrong forums on hack-stasis which said to experiment with Propecia tablets because some PAS sufferers claimed they stopped side effects (did not happen, got stuck with Propecia side effects, and other successful people ended up snapping back to square one after a few months).

Summer 2018 was rough, but fasted in fall 2018 with a 5,7,9 day fasts in September, October, November. Seemed to help moderately, also did a very simple version of Electrolyte protocol. (i had picked up moderate drinking september 2017, proceeded to quit that January).

Then I proceeded to attempt liver flushes over Winter, and quit eating Dairy and High Vitamin A foods over March (as well as started hitting the gym). This is when I had massive improvements, it felt as if I had never take. Accutane or Propecia, libido and energy back. Unfortunately, things began to go downhill that summer, and hairloss began to get bad.

Brain fog, hair loss, tiredness, lower libido all seem to worsen about mid-late summer and stay constant through rest of the year.

That fall and winter were decent, covid began, side effects seemed to worsen around summer 2020 again. Massive hair loss & libido drop. Decided to take on a much larger scale Electrolyte protocol, also stopped lifting as this was likely making me feel inflamed.

This seemed to help until this summer, when libido dripped again. Also, general lethargy, awkwardness, and brain fog seemed to have come back (luckily not as bad of a drop this summer).

Btw, currently attempting nofap as well (pmo has always been a problem) and I am 3 weeks in as of today. Mostly flatlining so not worried about relapse.

I hope my story makes some sense. I feel Rather desperate, but like a lot of things were my fault (even if I got somewhat tricked into taking both drugs). I have been trying to actively deal with my situation, and after having a very rough 2016-18 and a very happy 2019-early20, I have hope that I can improve things again, and fight off a downward swing.

Who here has experimented with the CD Nuts protocol? Do you recommend it?

Sorry man but no sensible user on here will recommend you undertake the CD Nuts protocol.

It’s unwise to subject yourself to such an extreme regimen that has no proven results and, if anything, is more likely to harm many patients than it is to treat them. It’s nothing more than pseudoscience.

Got it, just looking into it.

Do you have any other recommendations? I’m desperate at this point.

Unfortunately there’s nothing specifically I can recommend as a viable method of treatment because as of now nothing of the like is proven to exist - such is the brutality of this disease.

The only thing I can suggest, and you’ve probably heard it a million times, is to go easy and look after your body with a good diet, adequate rest and exercise (if you can). Natural alleviation of symptom severity is possible with time. When I look back to my initial crash three years ago I’m convinced I’d be in a far better position than I am now had I not experimented with extreme diets, protocols and supplements etc.

I know this doesn’t sound particularly enthusing and we’d all move heaven and earth for a supplement or a protocol that could get us out of this mess but for now such a quick fix simply doesn’t exist. We’re extremely optimistic that the community’s efforts can change this moving forward but in the meantime you’ll risk making things worse with elaborate self experimentation.

I really am not in a position to continue things as normal. I do not have the will to do that and do not see the point of these forums if that’s the case.

I don’t know if you’ve seen it, but I feel I must refer you to this post by Sugarhouse: Sad that I'm never going to get better

I understand how difficult it is to keep moving forward in the face of this disease, it feels like there’s no light at the end of the tunnel even at the best of times.

You’re in hell now, I know, but you might not always be.

I think at this point that’s nothing more than an incentive to let go of the end of my rope. It’s a shame I wasted my time the past few years trying to solve problems. Should’ve just called it quits around 2016.

I understand how difficult this is but I can only urge you to fight as much as you can.

I don’t understand what you mean by fight if you basically just said “everything is futile”.

That’s not what I said at all. I said attempts at a quick fix are futile, but attempts to initiate research and hopefully find a treatment/cure in the comings years most certainly are not.

Ok that’s fairer. Do you know of anything that can serve not necessarily as a fix, but rather a crutch?

Also, I am looking to pick up lifting again. It seemed to help in some ways, but also left me feeling inflamed (especially with headaches).

Outside of sleep, diet, exercise and time I’m afraid not man. It must be emphasised though that if you give it time and look after yourself your symptoms can improve to a tolerable level, plenty of members can testify to that.

Exercise is a great tool if you can tolerate it. If you’re suffering adverse reactions after lifting maybe just tone down the intensity and closely monitor your body’s reaction.

iver flushes over Winter, and quit eating Dairy and High Vitamin A foods over March (as well as started hitting the gym). This is when I had massive improvements, it felt as if I had never take. Accutane or Propecia, libido and energy back. Unfortunately, things began to go downhill that summer, and hairloss began to get bad.

Hi, i want to ask that how did you manage “liver flushes”. I believe majority of my problems’ cause is my liver and guts health. I feel tired and my brain fog gets far worse after i eat anything. I feel way better if i not eat anything more than 5,6 hours. And you claim that in some certain time periods you regain some amount of your libido and energy, i believe than can be due to your diet or something else? Please explain me how do you do that flush protocol.

I tend to follow the protocol seen here with some changes.

2- Epsom salt’s are not worth using (and unneeded)

3- You can use any kind of oil, not just olive oil. 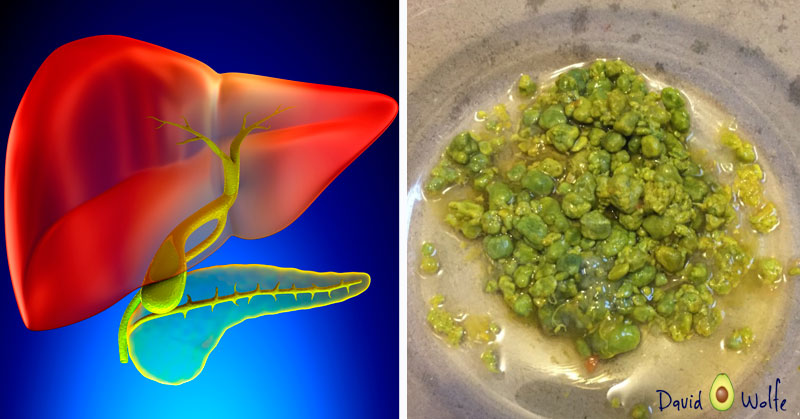 The Amazing Liver Gallbladder Flush Protocol (And My SHOCKING Results) -...

This flush is one of the most powerful ways to cleanse the body, improve energy levels and regain long-lost wellbeing and vitality.

Why not? Having a vision on building a career and making money will give you some sort of fulfillment if you go after it

I can lift, just in moderation and not in the middle of the summer.

Also I want to make it very clear that if anyone here is pushing people not to look for solutions, I refuse to listen to you and will attempt to delete/block you if you repeatedly harass

Also some good news: within about 24 hours of beginning a fast, I have found that I feel 70-80% normal which is good enough for me. The issue definitely seems to be gut related, and everything I have done with great success seems to relate to the gut.

Some weird but positive news. Pro-biotics and food with probiotics seems to help. However, taking too much can also be harmful.

Furthermore, I just got over a covid breakthrough case and ironically felt somewhat better at times. Lastly, my symptoms seem to be seasonal. I feel much better in the Winter and much worse in the summer. It’s really about trying to find some way to ride out the summers.