What have you had done for labs

Do you get worse from reducing estrogen ?

Do you get worse from increasing androgens?

What have you had done for labs ?

Would you be willing to try taking hops extract as an experiment? It agonizes the estrogen receptor alpha receptor . It improved some of my sexual sides while on it. I experimented with hops extract dosages ranging from 500MG-2000MG daily. Anything over 1500MG did not seem to increase the benefits for me. Results did not stick after coming off of it for me. Handful of saw P cases on another website see similar patterns. Saw P-PFS appears to involve getting worse from inhibiting estrogen and better from increasing estrogen more so then regular PFS .

I haven’t tried to increase androgens by any means other than lifting weights. I originally thought heavy lifting was helping me but it may have been hurting me as I haven’t been to the gym and my baseline symptoms appear to have improved a little.

Bloods were taken a long time back and only abnormalities were extremely high DHEA-s and low range Free Testosterone.

I’m not willing to experiment with hops extract at this time, but I’ll follow how people are doing with it and maybe consider it at some point.

Right after my first Saw-P crash I had low free testosterone and low testosterone. But the low total and free T recovered most likely from time and herb cycling but like most I never got better.

My blood DHT is highish. My urine DHT is highest. My saliva DHT is low. This suggests that 5AR activity is high and my endocrine system is binding a lot of the DHT because salvia DHT is known to show free DHT only. I am wondering if other Saw P-PFS victims show the same patterns in their labs. The other saw P victims I am aware of show similar patterns as far as getting worse when inhibiting estrogen and feeling better when increasing estrogen. These other things I am talking about in my own labs has not been replicated yet in other Saw P-PFS people. The other people did not have all the labs that I had

Over the past few days, I’ve been taking the vemoherb brand (protodioscin standardized) which I ordered from Ebay. It had a very different feel than the toniiq one I had been taking (95% steroidal saponins). The toniiq brand actually might have made my symptoms worse or at least stopped working after a few days. I think most of the Amazon brands don’t contain much protodioscin in them if any because the feel I get from a single vemoherb capsule immediately helps my symptoms and is far stronger than 4 toniiq capsules.

Update (6/24/21):
The Vemoherb Tribulus stops working after about 3 days consecutively especially when taking multiple capsules a day. However taking a capsule in the evenings every other day and only eating between 2 and 5 PM (long fasting period) really seems to help consistently (mainly with the cognitive/cardiovascular symptoms). I might try 2 days on 1 day off as well until I can eventually stop taking it. It seems like a good way to stave off the worst of the symptoms during the initial 3-6 month natural recovery period. 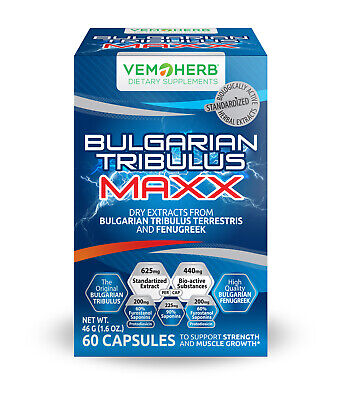 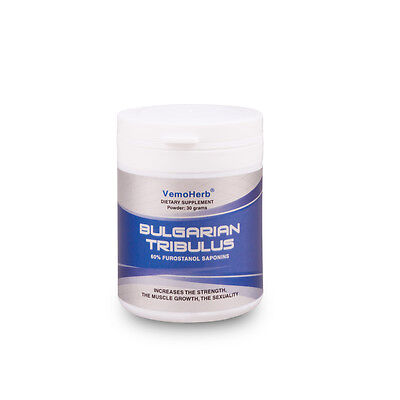 ® Bulgarian Tribulus is a non-hormonal product of plant origin taken for increasing sexual desire, helping with natural testosterone production, and maintaining the levels of cortisol and estradiol in the body in optimal ranges.

This stupid thread has injured a lot of people.

Does the VemoHerb work or not?

Have u tried it?

Not that stupid… Take ur survey anyway.

So have you tried both the standard tribulus from vemoherb and their newest version tribulus maxx?
What’s your impression on both of them? I saw that the Tribulus maxx version has more protodioscin in it but also has fenugreek which supposedly lowers dht.

Please stop pushing tribulus to people. That herb has harmed a lot of people, including myself.

Tribulus was helping me initially (~first month after stopping Fin) and while on Fin actually (reversed some of the side effects), but now (about 3.5 months into recovery), just one dose (especially a higher dose) crashes me for about a week. I think because I was taking it concurrently with Fin for so long, my body “associates” it with taking Fin and thus when I take it, it causes a crash. My version of PFS seems to be related to dysregulated/hypofunctioning ARs and a negative reaction to too much test or something similar. Probably can only be reversed given enough time (5-7 months) and living a healthy lifestyle (exercise, lowering stress, healthy diet, good sleep etc.)

Both the Tribulus maxx and the standard one as well as Tongkat Ali and even creatine crash me now unfortunately (when I’ve been in a recovered state in the past with working ARs and back to hormonal baseline, these supplements actually help me a lot and I feel them working). I was able to speed up the crash reversal recently with intermittent fasting and soy isoflavones for two days.

We all know “proven”, “scientific” mechanistic models and double-blind clinical trials are the only “real” science.

That’s why we all took finasteride

I’m putting my money on the current on-going human experiments… driven by highly motivated people doing everything possible to get out of this hell.

Like the observarion that AR is upregulated in PFS patients.

But… that has a feedback loop with the forum driven human trials.

It’s two sides to the same coin, but the member-driven science / experimentation is ultimately what’s lead to so many success stories.

My point being… IMO, it’s naive to suggest either side is “better”.

Ultimately, it’s a false dichotomy. We’re all just here doing what we can to improve our lives.

As far as I’m concerned, naive or not, member based human experimentation may be the best chance we’ve got right now.

So, we might as well embrace it. Obviously it’s not SUCH a bad idea, otherwise the mods would ban all such efforts.

But, it still happens here every day, for better or for worse. It’s not banned, and it COULD be.

Point is, we all know it’s essential. Nobody wants anyone to get worse… but the truth is, we’re all hurt. We’re all slowly losing our lives.

Instead of shitting on those bold enough to experiment, we should celebrate them. They are an essential part of the process.

Unfortunately sometimes they were ignorant, ill-informed, and mistaken.

It sucks that some people fall… really seriously take a fall, sometimes even to an early grave.

These are very serious, potentially life-altering decisions people are making. So… no I don’t think they should be taken lightly.

In fact, I think we should have a better system for tracking / informing / managing these community driven trials.

They are happening anyway, so you might as well collect the data in a safer, more informed, structured way.

Using a crowd-sourced clinical trial platform could help. There was one a while ago called Genomera, but I’m not sure they’re still around.

Anyways, thank you to all the people who have helped make progress toward a PFS solution, both formal academics and humans like you.

Man I don’t know some people here trust the science too much. I am completely disillusioned by it and have very little faith. I think praying to Zeus might yield better results. Maybe some scientists are truly angels trying to save humanity but I doubt they have any real financing compared to others who just work for a big pharma trying to make shareholders money.

I agree about tracking but we shouldn’t expect the mods are able to do this for us,imho believe they’re pretty busy as is.

I’m going through all bloodwork before and after trt/dht hormone treatments to see if there are any leads.

I do think the science learns from case studies, and people learn from science. Science isn’t always as trustworthy either, studies are steered to increase pharma sales values are mostly manipulated, but not in extreme ways. As was done with Mercks Finasteride*.

"It is “not fair or standard practice” to report results from only a portion of a multi-year study because it systematically underestimates the risk of any side effect, said Avorn, the Harvard pharmacoepidemiologist who reviewed the court filing and Merck’s statements at Reuters’ request.

Before the 2002 label change, Dr Keith Kaufman, clinical head of Propecia, discussed different ways of interpreting clinical trial data, the plaintiffs’ court filing says. The 0.3% figure is “totally misleading” because, by the fifth year, “you have weeded out the dropouts with the sexual [adverse experiences],” the motion quotes him as saying. The legal filing does not specify who received Kaufman’s correspondence." 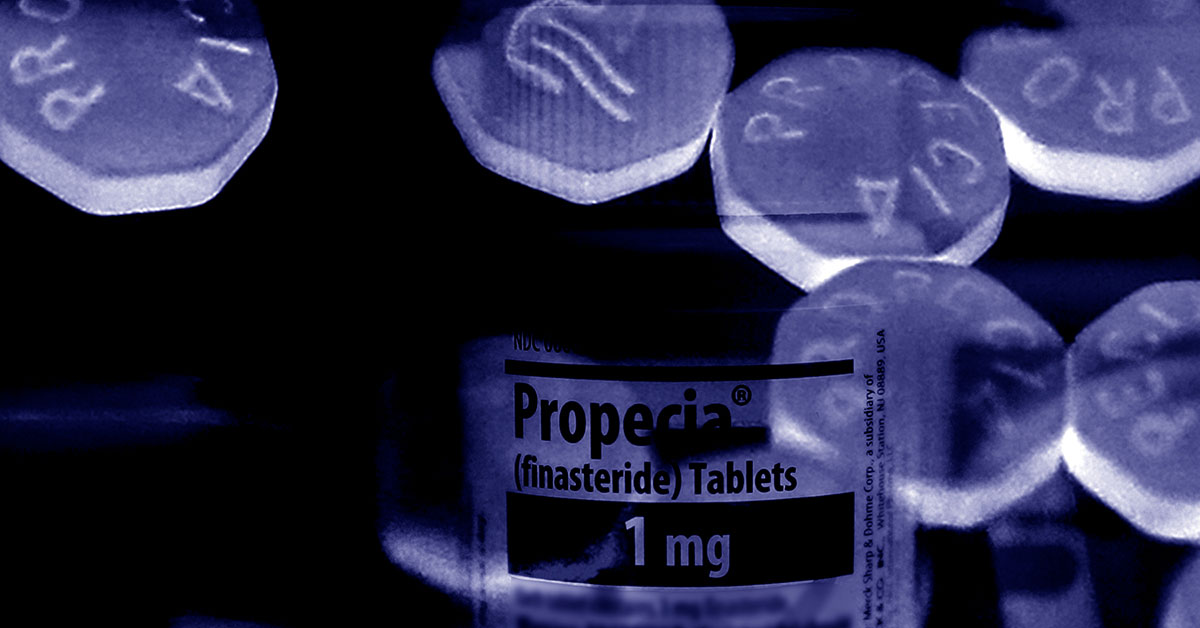 I believe the 2% is complete bs…I already kno people affected in real life. Every hair loss polls about 50% have some sort of side effect. No way you block such a critical enzyme with little reprocussion in fact I dont believe people who say they have no side I just think they havent noticed it or attributeed to somthing else

Also I thnk the way forwrd is to actually have the scientist explore therapies RIGHT NOW. Ask 100 volunteers from here to pay and come test treatments to see what can work while they sign consent to take all risk. I would pay up to 10k for smthing like this no joke i m sure many here in worse situations would do the same. 100 x 10,000= 1 million dolares. Is that not good enough money to start this project better than looking endlessly at the cause wich everyone know genes by now ok we get it see how to reverse I dont understand

If he is being kind enough to share information about his recovery, then we should probably listen to him. He’s telling us what has helped him, so we should probably stop clinging to our “theories” about this condition and start paying attention to people who are willing to experiment on themselves.

Closing this topic to reflect the new rules about self-reporting therapies. Read more here - Changes to propeciahelp towards a more effective patient advocacy: Please read this important post about changes to our terms of service