Please keep signing! And or sharing you PFS experiences with Hims/Bailey Health at
admin@bailey.health 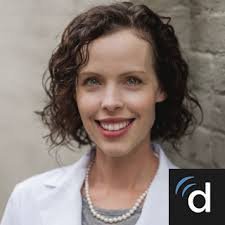 Calling for the resignation of Dr. Laura Purdy

Comments like the below don’t really make a petition sound reasonable. She is behaving unethically, assuming she knows about PFS and is not informing patients, but calling for a prosecution is delusional.

INVESTIGATE AND PROSECUTE DR. LAURA PURDY. JUSTICE FOR WE THE PEOPLE

Whose petition is this?

Kinda pointless, imo. Sorry. She’ll be able to point to approvals for use and sale and that’ll be that. The people selling these things aren’t doing anything wrong in the eyes of the law and want to give the impression that they care about their customers. As a result, they need someone with some authority to say what she’s saying, they’re not taking advice from her, she’s saying what they want her to say, without breaking the law and without risking her license. Even if it all comes out and is widely accepted to be a problem, she’ll be able to say “I always go by the advice of the FDA, which said this was a safe drug”

Even if they were taking advice from her, a petition that gives no detail and offers no proof could be created for any reason whatsoever. It could be a rival trying to smear her, for any kind of petty reason.

A better use of our time would be to try and draw attention to what’s happening, contribute to the growing evidence any way you can, including the projects running here.

I applaud the efforts to stop others from suffering and to interrupt the sale of these harmful drugs, but this is the wrong target, imo.

As always, report your symptoms to your doctor and your local health authority, take part in projects here. I do think it’s worth telling the people that sold you this stuff too, as you mention in the first post.